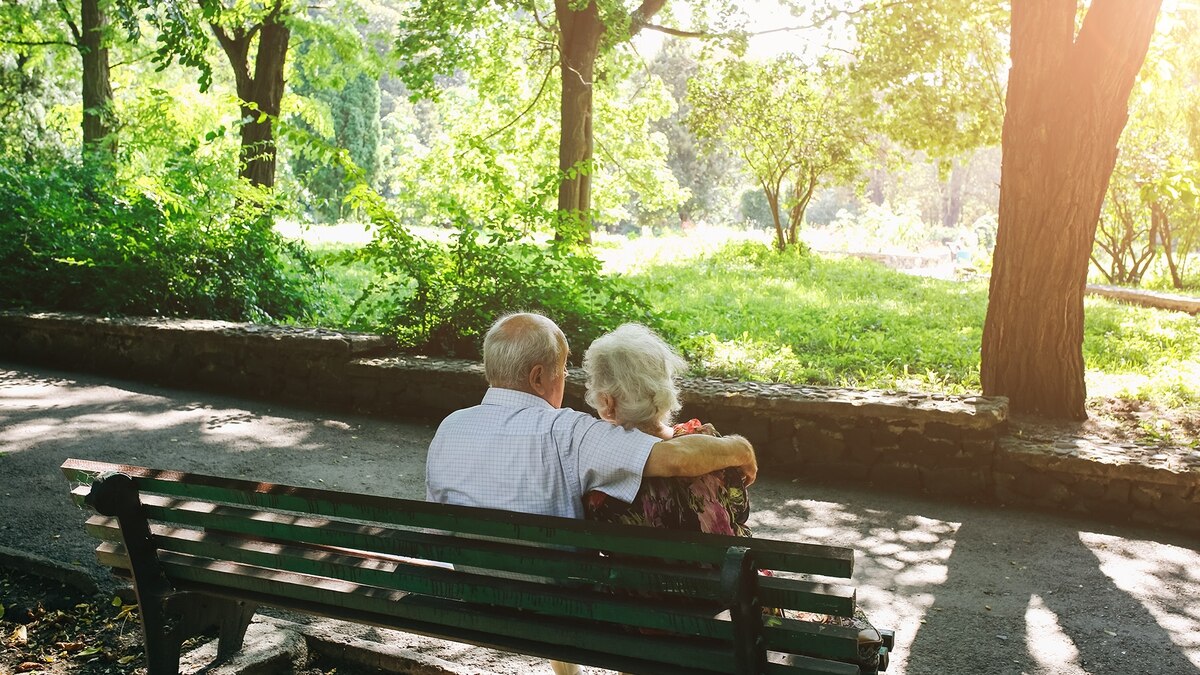 By Greg Breining of Mayo Clinic

As we age and forget why we enter a room, we joke that it is an incipient "Alzheimer". However, Alzheimer's disease is no joke. It is a deadly and devastating disease that affects more than 5.5 million Americans and probably millions more.

Alzheimer's disease causes memory loss and debilitating dementia, in addition to being the third leading cause of death among the elderly, preceded only by heart disease and cancer. Making fun of ourselves only masks our fear of this disease.

“Everyone, rightly, cares about heart disease or cancer; But the truth is that people are more afraid of Alzheimer's disease which, more or less, consists in the disintegration of the person. What defines someone, that is, the memories of his life and his relatives, all that context gradually disintegrates over time until he disconnects the person from his environment and those around him, ”says Dr. Ronald Petersen, director from the Mayo Clinic Alzheimer's Disease Research Center and the Mayo Clinic Aging Study.

Petersen and his colleague Dr. Clifford Jack Jr., Mayo Clinic neuroradiologist, are leading the international reassessment of Alzheimer's disease that changes the concept of how this condition appears and progresses.

In 1906, the German psychiatrist and neuropathologist Dr. Alois Alzheimer described a patient with progressive memory loss, language problems, unpredictable behavior and paranoia. When the woman died, the doctor dissected her brain and discovered accumulations and tangled fibers.

He saw then that it was such a distinctive combination of this disease of amyloid protein plaques around nerve cells and tau protein clews within the cells. The condition ended up being called Alzheimer's disease.

It is not known whether amyloid protein and tau protein are really the causes of dementia related to Alzheimer's disease and it is not known what causes their formation, but at least it is known that the appearance of plaques and clews points towards a flood of brain changes that usually precede dementia.

“No one can really prove exactly the cause of the disease, although it is quite clear that what most relates to cognitive symptoms is the tau protein. There is also ample evidence that no one has much tau protein in the brain (the type of tau characteristic of Alzheimer's disease), unless you first have amyloid; therefore, the function of the amyloid protein is to stimulate the dissemination of the tau protein, ”explains Dr. Jack. It is also clear that the probability of finding amyloid plaques and tau clews is much greater as a person ages.

For more than a century, there was no way to know if there were plaques and clews, except by autopsy. That is, doctors could not definitively diagnose Alzheimer's disease in living patients and could only observe memory impairments and other impairments in cognitive abilities.

“You had to rule out many other things, such as a stroke, a tumor or a blood clot, and you could only say that it was a possible Alzheimer's disease. You couldn't definitely talk about Alzheimer's disease until the person died, the autopsy was done and the brain was analyzed to see the plaques and the balls, ”Petersen notes.

Being able to establish the diagnosis only after the death of the patient creates problems for clinical treatment and research. Doctors generally have no clear etiological diagnosis to offer patients. In other words, they are not sure of the cause because, especially among the elderly, there are many brain pathologies that can lead to or contribute to dementia, such as Lewy bodies, frontotemporal disorders and vascular lesions of the brain.

These causes of dementia usually occur simultaneously, which makes the etiological diagnosis more difficult. The situation is frustrating for patients and family because they want some explanation and the absence of a clear etiology also makes it difficult to delineate the possible progress of clinical symptoms.

In addition, dementia indicates that the disease is already very advanced. "Waiting until the symptoms appear could be too late, because although it would be possible to slow down the process, by then the central nervous system would have already suffered a lot of damage," says Petersen. At that time, the doubt regarding treatment is academic because there is no effective therapy for Alzheimer's disease and the uncertainty of an etiological diagnosis also makes it difficult to find a cure.

For example, almost a third of patients enrolled in clinical trials during the first 15 years of this century and those who were tested for Alzheimer's disease were not treated and their cognitive impairment was due to another etiology. "See it this way: think of an oncological trial in which 33 percent of people do not suffer from cancer," says Jack.

"Do we know each other?"

Dr. Petersen and Jack have been working together for so long and they know each other so well that when the Petersen enters a room and greets a stranger, he then turns to Jack to jokingly ask him: "Do we know each other?"

Obviously, they not only know each other, but they have collaborated on hundreds of scientific articles in the last 30 years. Jack began working at Mayo Clinic more than 30 years ago to obtain brain images of epileptic patients to determine if one side of the brain had more responsibility than the other in seizures and plan surgical intervention.

For his part, Petersen arrived in May after spending time in the United States Army as a cognitive psychologist who investigated the effects on memory of several drugs, such as an antidote against nerve gas. He left the army to obtain a medical degree and in 1986, he arrived at Mayo Clinic to investigate and treat learning and memory disorders, especially Alzheimer's disease.

It was then that both doctors met and began to deliberate about using the images of patients in whom Alzheimer's disease was suspected to study changes in their brains.

However, Petersen suspected that the progress of mental changes was long and included what he called a "mild cognitive impairment" that preceded dementia. His work was based on clinical experience and demographic health data of Olmsted County (Minnesota), whose center is the Mayo Clinic headquarters in Rochester. Now, this source of information is known as the Mayo Clinic Aging Study.

“My colleagues and I observed that some people were somewhere in between, so to speak. They looked pretty good, but their memory was not exactly what was expected or they had a subjective concern and they said things like ‘my memory is not like before and that bothers me’; at other times, they commented on something like "I'm a little more nervous, a little depressed … maybe I'm more apathetic than before," because they had symptoms in their behavior, "Petersen recalls.

"In retrospect, it is easy to say that it was obvious that people should go through this intermediate phase of mild cognitive impairment, but it was Ron's original work that brought the concept to light," adds Jack.

These patients, who were far from showing dementia but were not completely normal, were placed in a three-stage system created by panels of experts, in which Dr. Jack and Petersen also participated. The National Institute of Aging and the Alzheimer's Disease Association adopted the system in 2011. The old guidelines only treated dementia, but the new ones also recognized Alzheimer's patients in early stages that first showed normal cognition and then, mild cognitive impairment

Diagnosis according to biomarkers

Let's go back a few years. In 2004, researchers at the University of Pittsburgh discovered a compound that could bind to amyloid. By labeling the compound with radioactive trackers, the neuroradiologists managed to see the plaques in a living patient. "Immediately, researchers in the area recognized the value of this," says Jack.

In 2010, Dr. Jack and Peterson jointly published a study in The Lancet Neurology with the reasoning of the following statement: Alzheimer's disease first appears as amyloid plaques in the brain, but cognition remains normal. It is much later when the patient advances to mild cognitive impairment and then to dementia. Therefore, the disease must be defined according to its underlying biology, that is, by the formation of plaques, and not by the symptoms of dementia that ends up producing. "Alzheimer's disease is a cause," Dr. Jack says, "and dementia is the result."

Then, in 2013, the researchers discovered a compound that could be used to obtain images of the tau protein clews in the brain. Now, scientists have the necessary means to identify amyloid plaques and tau protein clews, which are the characteristic signs of Alzheimer's disease, years and even decades before cognitive decline appears.

In 2018, Jack and his team of colleagues published with the National Institute of Aging and the Association for Alzheimer's Disease a research scheme that detailed how this condition could be diagnosed according to its biological markers and not by dementia.

A change within this field

Now, on the other hand, the 5.5 million living Americans who have a "possible Alzheimer's disease" add up to 10 million more with plaques and balls, although without other visible symptoms. However, and more optimistically, the change in diagnosis opens up these new opportunities for study:

• Researchers can study the early stages of the disease long before cognitive symptoms appear.

• Researchers can verify that volunteers in their studies really have Alzheimer's disease and not another cause of dementia.

• Scientists can keep track of how the scattering of plaques and clews coincides with cognitive impairment.

• Researchers may in the future measure whether new drugs stop or shrink plaques and clews, which is impossible so far.

For now, the new diagnostic means are only for research, since doctors will not obtain images of the brain for signs of Alzheimer's disease because no treatment can be offered yet.

However, that may change soon. Petersen says that studies on promising drugs are ongoing and he does not lose his optimism even in the face of the failure of recent clinical trials. “Now, we can obtain images of amyloid and tau protein in the brain and when these disease-modifying therapies are developed, these images will allow measuring their impact on the underlying targets to which they are directed. This is a huge advantage for drug manufacturing, ”he says.

Effective treatment of the disease will be even more important as the American population ages, not only for patients, but also for the health system.

“The country has just spent 277 billion dollars on people with Alzheimer's disease in just one year. If so, by 2050 more than one billion dollars per year would be needed for the attention of these people. That is unsustainable. Thanks to the biomarkers, now we should no longer wait for the clinical symptoms to appear, but we can detect the disease in the incipient stages in order to try to intervene, ”concludes Petersen.