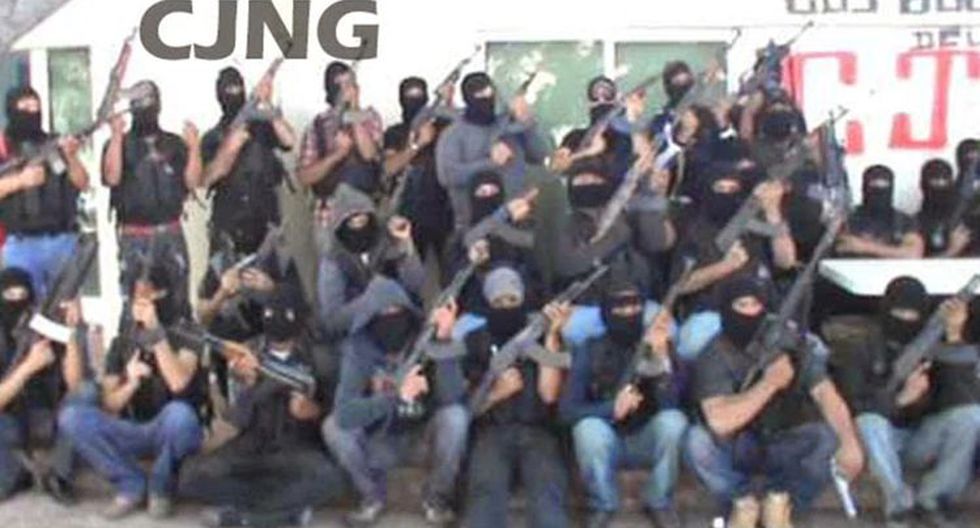 Mexico City. At least 14 police officers died Monday after being ambushed by an armed command in the western state of Michoacán, one of the hardest hit by drug violence in Mexico, authorities said.

The attack was awarded by the Jalisco New Generation Cartel, according to the newspaper "El Universal".

► Man attacked police with knife, but he shot him dead in Mexico | VIDEO

What is known about what is considered the most powerful drug trafficking cartel in Mexico?

In the beginning, this criminal organization was an armed arm of the powerful Sinaloa cartel (northwest) and fought bloody territorial disputes against its enemies Los Zetas and Los Caballeros Templarios, but since 2015 it has emerged as a powerful autonomous group.

Founded in the state of Jalisco (west), the cartel has extended its presence in surrounding regions and has woven links with criminal organizations in the United States, Latin America, Africa, Europe and Asia, according to information from the US Department of the Treasury.

"They are the fastest growing cartel and, if they continue at that rate, they will be even more powerful than the Sinaloa and Los Zetas cartel together," Mike Vigil, former head of international operations at the US Drug Enforcement Agency (DEA) told AFP. ).

At least 14 police officers died Monday after being ambushed by an armed command in the western state of Michoacán, one of the hardest hit by drug violence in Mexico, authorities said. Armando Solis | Attack with rocket

The arrest of the chief of Jalisco Nueva Generación, Nemesio Oseguera, alias 'El Mencho', in April 2015 was considered a challenge for the then president Enrique Peña Nieto, whose government boasted that he had captured the leaders of the main Mexican cartels , including Joaquín "El Chapo" Guzmán (from the Sinaloa cartel), the world's most wanted drug trafficker.

On that occasion, Jalisco Nueva Generación frontally challenged the government with bold attacks against its security forces. In one of those days of violence he generated incidents in 25 municipalities, even shooting down a military helicopter with a rocket launcher, an unprecedented event in Mexico.

The attack, in which six soldiers died, was a response to a military operation launched that same day to dismantle the criminal organization, which killed 20 police officers in two ambushes earlier that year.

"The fact that they have attacked the Cougar helicopter with rockets that are launched through a grenade demonstrates the fire capacity of this group," said former National Security Commissioner Monte Alejandro Rubido on the Televisa channel.

The shocking attacks against security forces in Jalisco gave ‘El Mencho’ fame, which until then was a drug dealer not well known in Mexico.

It was only in April 2015 that he was included in the list of foreign drug trafficking leaders sanctioned by the US Treasury Department along with his brother-in-law, Abigael González Valencia, head of the Los Cuinis band and arrested in February.

According to US authorities, Oseguera was born in Michoacán (west) on July 17, 1964 or 1966 and was imprisoned in that country for three years in the 1990s, accused of distributing heroin. After serving his sentence, he returned to Mexico.

The Mexican attorney general's office offered two million pesos ($ 130,000) for information that would help his arrest, a minority compared to the 30 million offered by other big bosses.

‘El Mencho’ founded Jalisco Nueva Generación in 2010 with the remnants of the Millennium cartel. The organization became independent after the chief in Jalisco of the Sinaloa cartel, Ignacio Coronel Villarreal, alias ‘Nacho Coronel’, was killed by soldiers in 2010.

In March 2014, a federal jury in the United States accused Oseguera and his brother-in-law of participating in criminal organizations and of trafficking in cocaine and methamphetamines.

According to the jury, the two men managed to earn more than $ 10 million in a year, while their gangs committed "numerous acts of violence," including murders, kidnappings and torture.

"They know that violence will allow them to expand and that is exactly what they are doing," Vigil estimates.

Before his son Ruben Oseguera González 'El Menchito' was arrested in January 2014, 'El Mencho' almost fell into a federal police operation in August 2012, in the middle of roadblocks for dozens of points Jalisco, recalls former Mexican intelligence agent Alejandro Hope.

“The Jalisco cartel looked until 2013 as a franchise or branch of Sinaloa. What we see is that it is gaining independence, ”concludes Hope.