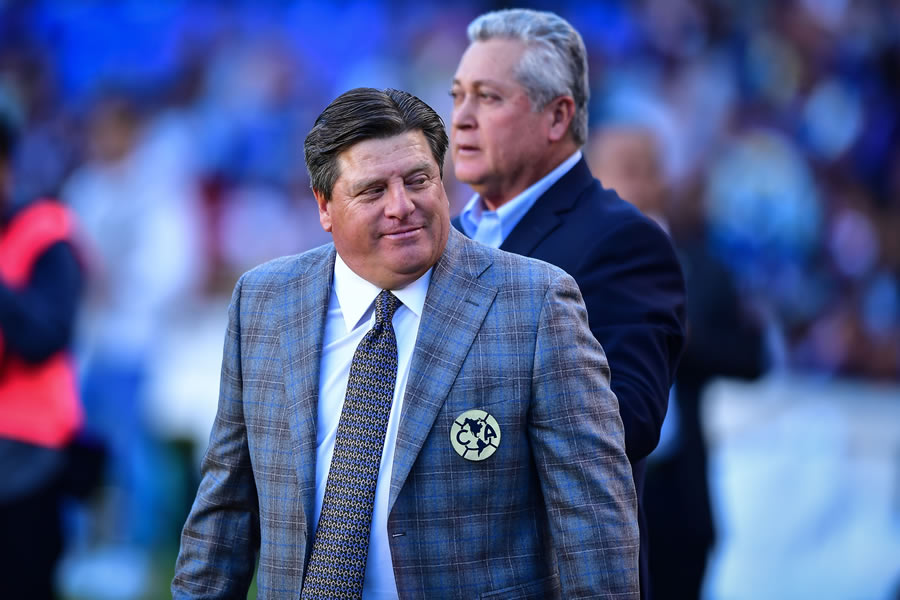 After the victory of America over Querétaro in the Corregidora, Miguel Herrera spoke about the injury of Nicolás Benedetti in Colombia, of which he already has knowledge and in which he showed his concern.

“There is still nothing true. Then I cannot report something I do not know. Yes, I know there is an injury. But to what degree, we still do not know. The doctor is already communicating with the Colombian doctor to find out how he is doing. But right now we don’t know anything yet. “

And it is that the first reports from South America, indicate that the Poet would have broken the cruciate ligament of the right knee, although it will be this Monday when studies are conducted in Bucaramanga, city where the last date of the CONMEBOL Pre-Olympic was held this Sunday and where Federico Viñas and Sebastián Cáceres also participated with Uruguay.

“The team is being completed. Today and tomorrow the Pre-Olympic players will be traveling, to get to try to complete the squad more and close the matches better. If we keep turning to the bench there are still many boys; today Cáseres saw a few minutes. But already the other Cáceres and Viñas arriving tomorrow, we will see what happens with Benedetti to have the complete team. “

On the other hand, the Piojo was satisfied with the actions of Andrés Ibargüen tonight, who uncovered with a double, to give the victory to the Eagles as a visitor.

“(Ibargüen) did a great job, not only in the offensive part by contributing with the two goals, but covering the exit of the contentions, which is the risk of Querétaro not playing with a nominal shield, because Aboagye and Marcel Ruiz are offensive flyers. We needed a flyer from us to cover that exit and Ibargüen did very well, “he said.

Finally, Herrera talked about the arrival of the missing players, mainly from Federico Viñas, who will arrive tomorrow in Mexico City after playing with the U23 in Uruguay.

“We needed Viñas because we only have Henry. On the bench is Román, who is a 17-year-old boy, he will turn 18, he is from the Under-17 and we bring him here because there is no more, that is the reality. The boy is missing a lot, he has good things, but we bring him because there is no other striker who meets what we need. When Viñas arrives at least I will have two types that are area, strong and that the last tournament closed it very well ”, he finished.