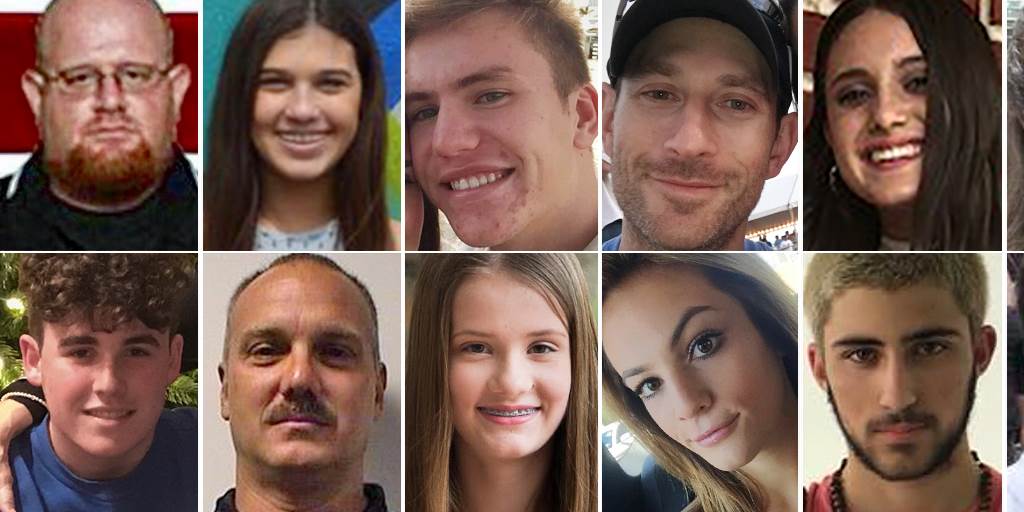 “In seconds, the lives of dozens of families and the life of an American community changed forever,” Biden said in a statement released Sunday.

The president used the occasion to ask Congress to strengthen gun laws, including requiring a background check on all gun sales and a ban on assault weapons.

Governor Ron DeSantis ordered the flags to be lowered to half mast from sunrise to sunset across the state in honor of those who died when a Marjory Stoneman Douglas High School alumnus opened fire on campus with an AR-15 rifle on the day Valentine’s Day in 2018.

When the shooting ended, 14 students and three staff members were dead and 17 others were injured. The suspect, Nikolas Cruz, is in custody awaiting trial.

As a tribute, DeSantis asked his countrymen to observe a moment of silence at 3 p.m. on Sunday.

The Republican governor also pointed to some of the school safety measures enacted since the tragedy three years ago, such as funds to install alert systems and to strengthen programs aimed at preventing violence.

Critics denounce that the governor and the Republican-controlled Legislature have done little to keep guns out of the hands of criminals and opposed the ban on assault rifles.