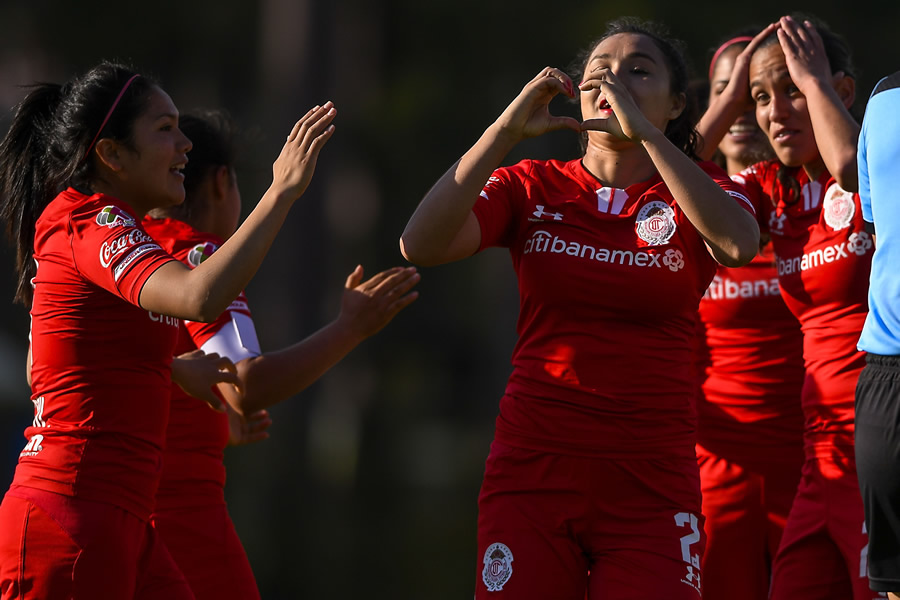 The Diablitas del Toluca got three important points in their visit to Mexico City, because they took the undefeated away from the Eagles of America by defeating them 1-0 on day eight of the Liga MX Femenil.

A lonely score by Yamanic Martínez gave Toluca the victory after five games without winning, because the injuries did not allow the Eagles to have a full squad to play the match.

With the absences in the lead of Daniela Espinoza and Jana Gutierrez due to injury, America sought from the first minute the goal of the advantage, however, the forcefulness was not present.

In the 26th minute, Coapa’s team had another hard loss, as their scorer Marlyn Campa left because of an injury to her left ankle and Tijuana’s former Karen Maprigat entered.

The meeting went at halftime without annotations, because despite the attempts of both teams, neither approached the score considerably.

In the second part, at minute 60, Janae González could not clear the ball in a corner kick and Yamanic Martínez, who was attentive to the action, finished off inside the area to give the Mexicans 1-0.

Almost immediately, the Azulcrema team was left without its side Monserrat Hernández due to injury, so he completely lost his arrival on the left.

Leonardo Cuellar’s team began to despair, they arrived but they had no clear idea to tie the cards. They had the opportunity when at 76 the referee Alan López indicated the maximum penalty.

Mayra Ríos took the ball to collect the penalty that would give them the draw, however, Alondra Ubaldo stopped the shot to give his team the victory.

With this result, America lost the lead, as Tigres and Atlas reached 19 points with their victories over Atlético de San Luis and Chivas, respectively, while the Diablitas found three important points on the Centennial Coapa court, which reached seven points in the fifteenth position of the general table.