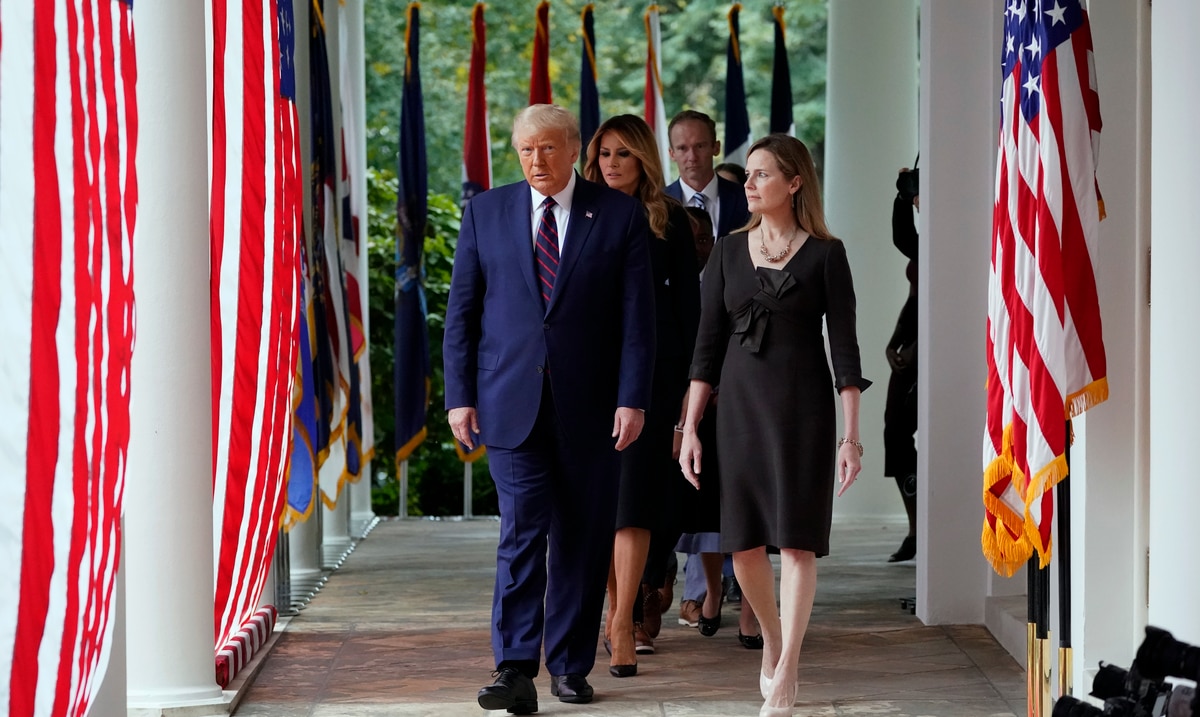 Washington DC – Amy Coney Barrett, a staunch conservative, was nominated by President Donald Trump to fill the vacancy left by the iconic Ruth Bader Ginsburg on the Supreme Court with a mission to ban abortion.

His nomination, which must be ratified by the Senate, did not take the American public opinion by surprise since his name had already been used to fill a previous vacancy in 2018 and this time he took center stage again by promising that a woman would occupy the Ginsburg post.

Currently a judge on the United States Court of Appeals for the Seventh Circuit, this barely 48-year-old lawyer seems to fit the script of this administration: defender of anti-abortion policies, anti-Obamacare and declared religious.

If she reached the highest court, she would become the youngest member to hold one of her nine lifetime positions.

Born into a household of a lawyer, Michael Coney, and a housewife, Linda, Barrett spent her childhood in a suburb of New Orleans and completed St. Mary’s Dominican High School in 1990, owned by the Dominican Catholic sisters.

“She has pursued a career of distinction and professional achievement,” wrote the director of that center, Marjorie Hass, about the former student, in a message sent to the student community regarding Barrett’s possible nomination.

And she recalled that the now Supreme Court candidate was elected to the Hall of Honor and the Hall of Fame of Students during her time at that institution.

In 2002 he joined as a professor at the former alma mater law school.

But perhaps one of the experiences that could have marked Barrett’s career was being a secretary to Supreme Justice Antonin Scalia, having also worked with Justice Laurence H. Silberman of the US Court of Appeals for the DC circuit.

Deceased in 2016, Scalia was considered the conservative voice of the Supreme Court and defender of the theory of originalism, which seeks to apply the Constitution in the way that is closest to the intention of its authors.

And this seems to be one of the most characteristic features of his legal reflections.

In 2018, as the Chicago Tribune describes, he used centuries-old laws from Great Britain and elsewhere to support his dissent in the case of a Wisconsin subject convicted of being a criminal in possession of a weapon.

“The founding laws did not deprive criminals of the right to bear arms simply because of their criminal status,” Barrett wrote, arguing that in 1791, and for more than a century after, “laws disqualified categories of persons from the right to carry arms only when they judged that doing so was necessary to protect public safety ”.

What has undoubtedly been one of the aspects that has generated the most controversy around the figure of Barrett, a mother of seven children, two of them adopted in Haiti and one with Down syndrome, is her belonging to the religious community People of Praise.

This group brings together people of different creeds who share the charismatic Christian belief, united by a pact, which, according to the website of that organization, “is done freely and only after a period of discernment of several years.”

As in 2017, when Barrett sought its ratification in the Seventh Circuit Court of Appeals, this community has aroused suspicion and even local media have linked it to “The Handmaid’s Tale”, centered on a religious sect that subjugates women.

Barrett, married to former prosecutor Jesse Barrett, was successful at her confirmation hearing in 2017, in which a question from a Democratic senator about dogma, alluding to religion, and the law was controversial.

“If you ask me if I am serious about my faith and if I am a faithful Catholic, I am, although I would emphasize that my personal church affiliation or my religious belief would not influence the performance of my duties as a judge,” Barrett responded to another senator. Democrat who asked if she considered herself an Orthodox Catholic.

In the end, Barrett – whom his colleagues dubbed “The Conenator” during his time at Scalia’s office (similar to Terminator), playing with his maiden name and his reputation for ending with unsound arguments, according to media accounts. locals – was confirmed for the position.

And those who know her trust her assertions: “I take your word for it that you will try to put in parentheses the views you have when deciding cases,” Jay Wexler, a law professor, said in an interview with the Tribune in 2018. from Boston University who worked for Ginsburg.

“He was very, very smart. Not at all ideological, “he concluded.

Also in the midst of the dizzying search undertaken by Trump – who already looks to the Supreme Court as a key actor in defining the next November elections – some of Barrett’s pronouncements on abortion and other issues have come under public scrutiny.

She, a recognized critic of the ruling with which the Supreme Court legalized abortion in 1973, has supported the restrictions on this practice promoted in recent years by ultraconservatives and Republicans, who with the possible new majority in the court now see it possible to reverse the decision original.

Likewise, he has been inclined to support the Second Amendment, which protects the right to own and bear arms, and last June he supported, in disagreement with his colleagues, the “public charge” rule implemented by the Trump administration that punishes gunmen. Immigrant beneficiaries of official aid who aspire to obtain their residence in this country. 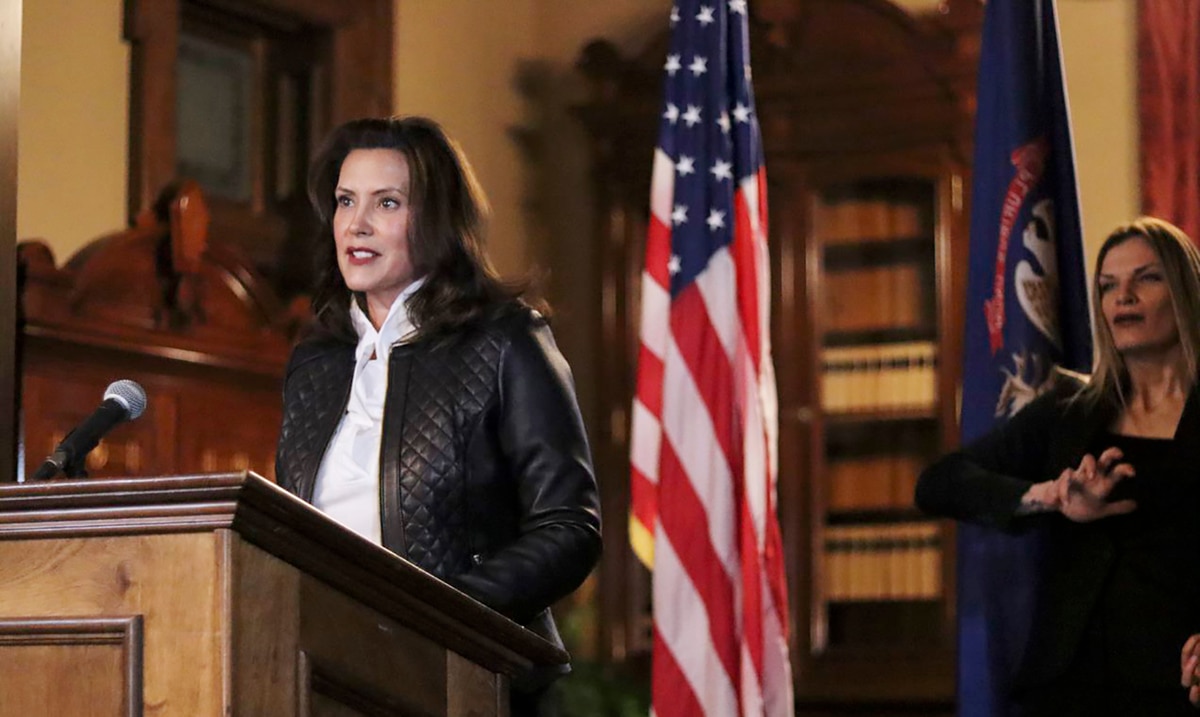 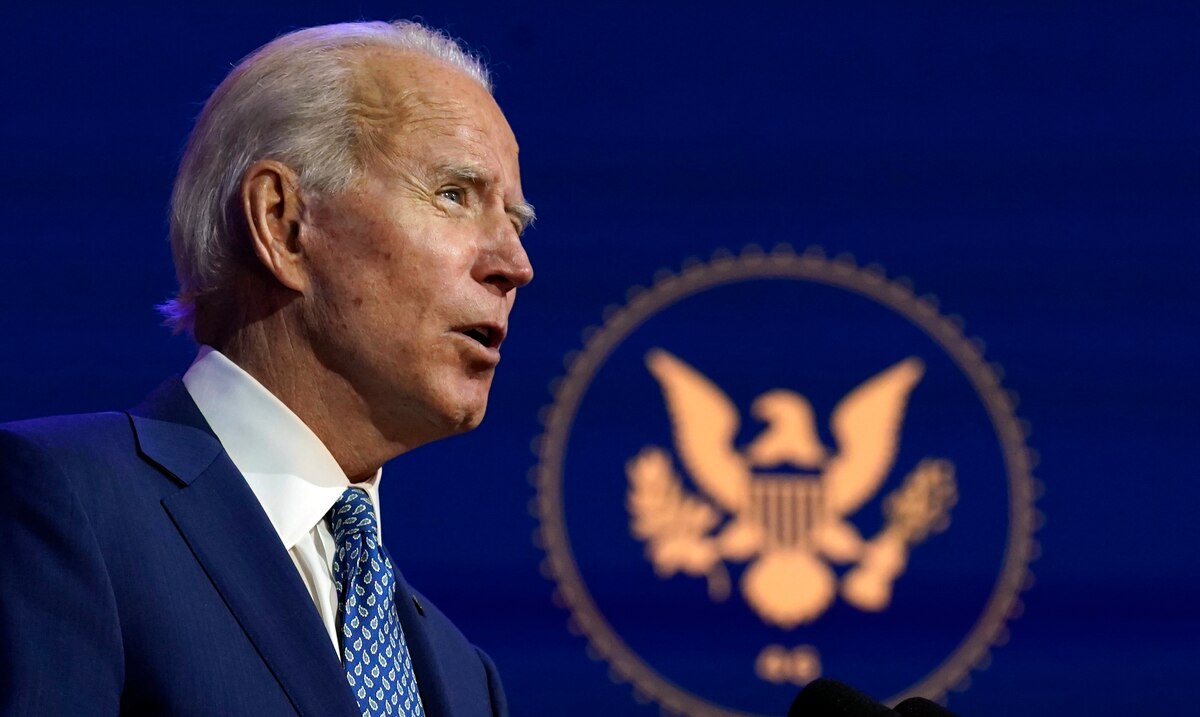