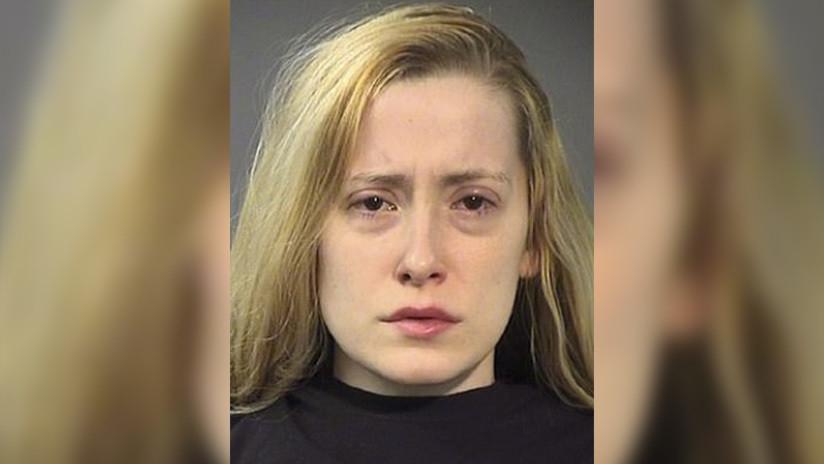 Last week, American producer Siskiyou Productions released the trailer for her new horror movie 'From the Dark'. Among the protagonists of the film is the actress and writer Aisling Tucker Moore-Reed who, in a scene of the film, kills a character with bullets.

There is a circumstance that, in real life, Reed, 30, is currently in prison as a suspect in the murder of his uncle, the Washington Post reports on November 5.

The crime took place in July 2016 and was videotaped. According to the newspaper, the actress's mother, Kelly Moore, and her uncle, Shane Moore, had a conflict over rights to their family home in Jackson County, Oregon (USA).

The day of the event, the man arrived at the house, where Reed and his mother were. It should be noted that at that time a court order was in effect that prohibited Shane from approaching her niece after she had allegedly attacked her.

When Reed, also known under the pseudonyms Tucker Reed and Wyn Reed, saw his uncle, shot him in the chest, ending his life. Kelly and her daughter claimed that the deceased threatened them and was "dangerous." Also, the attacker said when he called the emergency that "he did not want to shoot him in the chest" and said that if the man survived, "he would kill them."

Reed's lawyers gave the police a recording of the facts made with a cell phone to show that the woman acted in self-defense. However, the judge in the case, Lisa Greif, rejected his release on bail in January, stating that the man "was barely at the door" when he was shot "at a very short distance." "(Reed) was angry that he was not dead," he added in his plea.

On the other hand, Siskiyou Productions published on October 27 a statement on Facebook in which they affirm that they were not aware of the investigation when they started shooting the film in April 2018, five months before Reed's arrest: "Our actress principal is currently facing a legal battle that we were not aware of until filming ended. "

At the same time, in a letter cited by The Washington Post, the company says they don't usually check the background of their actors. "Because the movie is so low budget and it is our first adventure, we did not review," they said. "We now know that the background check will save us."

The premiere of the film is scheduled for 2020. Meanwhile, the case investigations are ongoing.