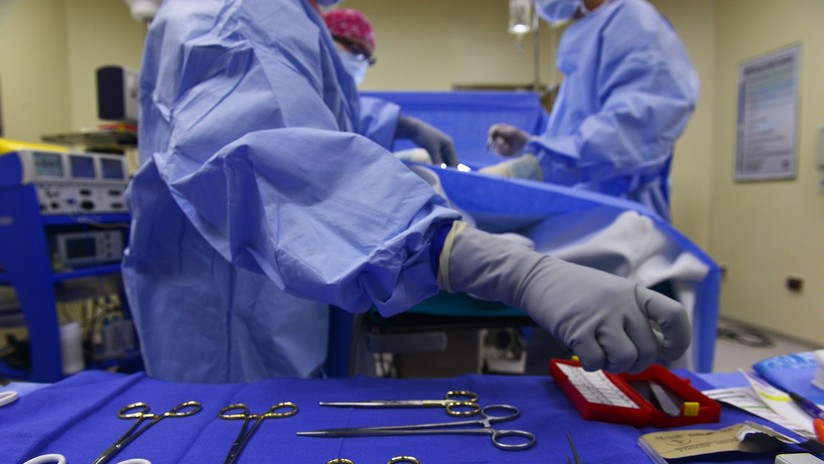 Keirra Eames, a resident of the state of Utah (USA), had to amputate an arm because of the presence of a carnivorous bacterium that spread very rapidly in his body and put his life at mortal risk. Months after the event, the 26-year-old woman decided to tell details of her story.

His ailment manifested last January, when he began to suffer pain in his right arm and also experienced symptoms such as fever and vomiting. "I woke up in the middle of the night and felt as if my arm had dislocated, so much it hurt," he says, quoted Monday by The Sun.

Her husband, Tyler, 28, took her to a hospital and doctors determined that she suffered from necrotizing fasciitis, which in turn spread in sepsis throughout her body.

The specialists decided to induce a coma, in which he remained for 11 days. During the first surgery they performed, doctors "amputated 40% of muscle mass" in his arm, but sepsis continued to spread. The woman was in critical condition, because her kidneys also began to function.

"The doctors amputated 40% of my arm and some of my forearm, but there was no improvement and the infection did not stop," says Eames, adding that, as if that were not enough, they detected fluid in his brain.

The American had to undergo a total of five surgical interventions, and during the last one, which took place on January 13, she was amputated what was left of her right arm, from her shoulder.

Eames reports that he woke up in intensive care and didn't know why he was there. "I was hallucinating and I had no idea what was going on. When I understood that my arm had disappeared, I cried." As he says, at that time it was difficult for him to accept that what happened was true: "I felt helpless," he says.

In a post on Facebook, published at the end of June, Eames said he still doesn't know how he contracted necrotizing fasciitis.

Beyond that, he said he has had to adapt to the new life without an arm, since it is impossible to make a prosthesis due to the little that remained from his limb. Either way, he added, her family is very supportive.

Necrotizing fasciitis is a rare bacterial infection that spreads rapidly through the body. One in three people who get it die, according to data from the Centers for Disease Control and Prevention. Initial symptoms include fever, dizziness or nausea, shortly after suffering an injury or surgery.