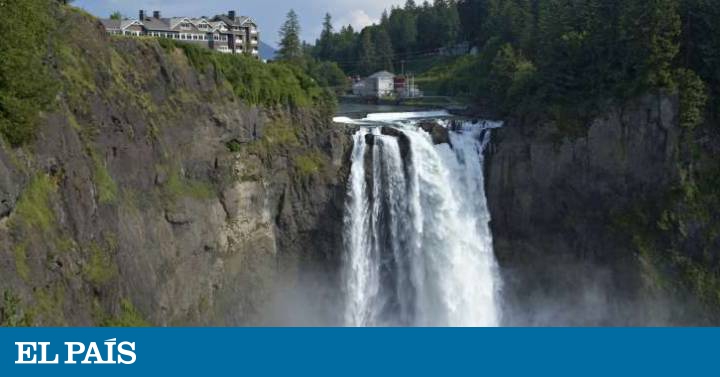 The Snoqualmie tribe of the Puget Sound region, in the State of Washington, has managed to recover the famous Twin Peaks series waterfalls (1990), known as Snoqualmie Falls, along with a hotel, a spa and 19 hectares in a transaction for value of 125 million dollars (112 million euros). Through a historical agreement with another tribe, the muckleshoot, the snoqualmie recover their ancestral lands and the adjacent hotel, the Salish Lodge.

"This purchase represents the continued work of the Snoqualmie tribe to recover their traditional lands and will allow the Snoqualmie people to properly take care of our sacred falls," Robert de los Angeles, president of the Snoqualmie tribe, said Friday. The new owners also indicate that they intend that these "sacred lands be shared with all who wish to experience their powerful connection."

In 2007, the lands and the f alls were bought by the muckleshott to diversify the economy of their tribe, maintaining the extension as one of the best accommodations in the country. With the sale, the muckleshott renounce the lands in which David Lynch walked his camera to the sound of the spectacular soundtrack of Angelo Badalamenti, in the famous Twin Peaks series, created by Lynch and Mark Frost. It is a scenario whose waterfall of 82 meters of fall attracts more than 1.5 million visitors and mitómanos a year.

Now, the Snoqualmie tribe says they will "enrich" the customer experience of the hotel where the special agent of the series, Dale Cooper (who was played by Kyle MacLachlan) was staying. The site, converted into a luxury spa, will share the meaning and history of the tribe that originally occupied it.

‘Twin Peaks’, the series that turned the television upside down

The purchase comes at an important time for snoqualmie, as this year marks the 20th anniversary of their federal recognition as a tribe. That recognition was given on October 6, 1999 after decades of petitions.

The new owners have announced the stoppage of a project planned and approved by the city of Snoqualmie, where the falls of the same name are located, in King County. There it was intended to urbanize the area, with the construction of a hotel, a conference center, 175 residences and a parking lot in ancient sacred burials of the tribe.

The purchase of this land also ensures the preservation of the unforgettable landscape shown by the Twin Peaks series, a meeting place for natives for more than 1,000 years.