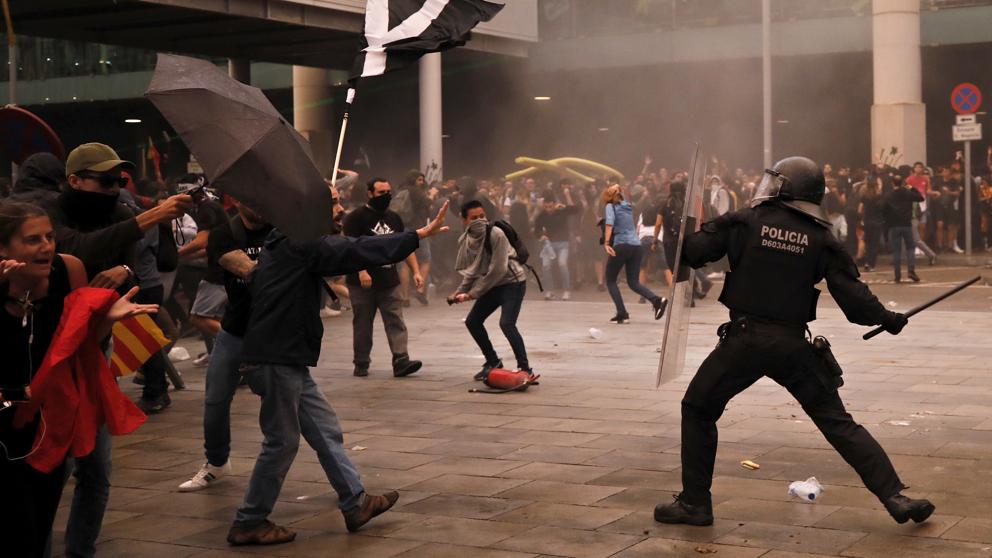 The official medium
China Daily
, published in English and owned by the Communist Party, has used images of the charges of the Mossos d'Esquadra and the agents of the National Police Corps at the Barcelona-El Prat airport last Monday to justify the repression in Hong Kong.

The video, which refers to honkongeses, is accompanied by the message "separatism will not be tolerated in any country." A warning from Leviathan.

The protest last Monday over the ruling of the Supreme Court that condemns the independence leaders orchestrated by the Tsunami Democràtic platform that led protesters to the Catalan infrastructure, which was blocked for a few hours and forced to cancel 110 flights that Monday and Another 45 the next day.

The mobilization at the airport was in the image of Hong Kong's protests in recent months so that the extradition law to China, which finally fell, would lie down. However, the protests have continued in the British ex-war, which wants to maintain its special status and not be assimilated to the Beijing regime.

In fact, some independent actors such as Junts per Catalunya had already shown their sympathy and support for the protests in Hong Kong, with a special regime until 2047, after the sovereignty was transferred to China in 1997.

But not only the mobilization in El Prat takes inspiration from Hong Kong, but also the use of technology to articulate the protests or even some protection instructions to the Chinese water tanks that have been shared these days.

Are human rights going back in the world?