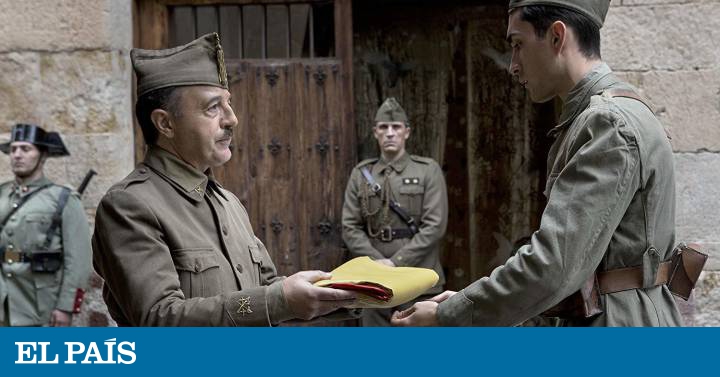 A group of people from the extreme right, belonging to Spain 2000, boycotted a screening of Alejandro Amenábar's movie last night in Valencia, While the war lasts, which tells the famous historical episode of the confrontation between the philosopher Miguel de Unamuno and the Franco military Millán-Astray, in October 1936 in Salamanca. As soon as the projection of the film began with the music of Franco's No-do and a large Spanish flag occupying the screen, the radicals broke into the room and began to shout like "up Spain", "Long live Spain" and "Long live" Cristo Rey ", displaying a banner in front of the screen that read:" Join the resistance, Spain 2000 ". The Local Police, who confirmed the events, identified six members of this party at night outside the courtroom.

There were moments of nervousness among the public, although applause was also heard from different parts of the room, according to the Levante newspaper according to the story of a spectator present. Some of the attendees asked for silence and others directly chose to leave in a state of anxiety. In the end, three minutes after the start of the film, the session continued without further incident, as local police confirmed that the room was notified as soon as it became aware of the facts. The cinema returned the price of admission to the spectators who requested it.

The claim of the extremists was to record a video that they posted on their Facebook account to spread their action. In the video the Francoist cries are heard (among them, "Spain, one, big, free") and it is seen how the radicals of the extreme right are placed in front of the screen to prevent the vision of the film at the beginning.

In its social networks, Spain 2000 has sent critical messages with the Amenábar film: "Yesterday, Thursday afternoon, we held a protest in the Lys cinemas of #Valencia against the film #MwhileDureLaGuerra, a film that tells the story in a biased and full way of historical errors. "

Spain 2000 is a well-known extreme right and xenophobic party that has participated in numerous demonstrations and ultras actions, such as a rally in front of the private house of the Vice President of the Generaitat, Mónica Oltra, of Compromís. They were also one of the groups participating in the concentration of the Plaza de Colón, led by the PP and Citizens.