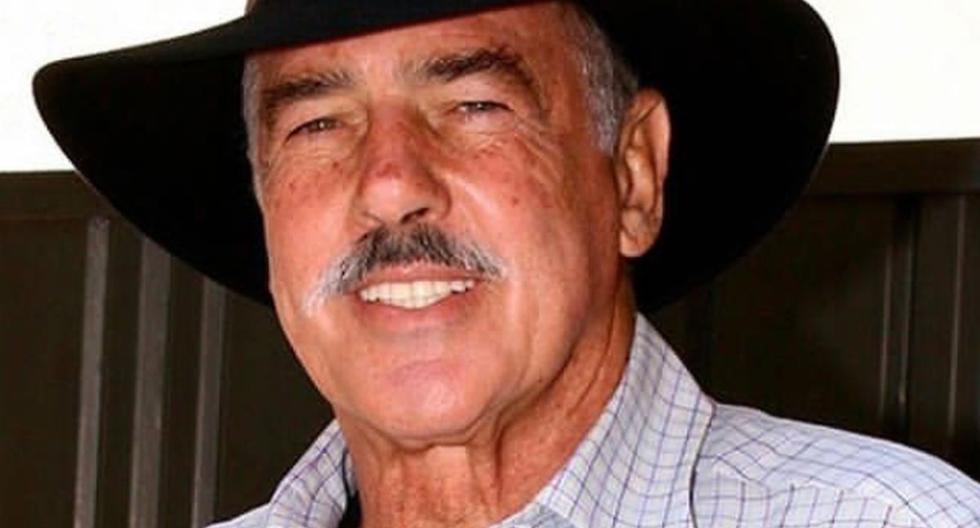 “Tú o Nadie” is a Mexican telenovela that in 1985 starred Andrés García and Lucía Méndez in the roles of Antonio Lombardo and Raquel Samaniego, a couple who fell in love with the audience and made the melodrama one of the most remembered of all time .

The melodrama tells the story of Antonio, who after losing his father must confront his stepbrother Maximiliano for trying to keep the family fortune. Because the latter is very envious of him, he devises a plan in which he pretends to be him to fall in love with and marry Raquel, something he achieves, generating a world of confusion and intrigue.

“You or nobody” was carried out by Andrés García and Lucía Méndez, and had Salvador Pineda as its antagonist. (Photo: Lucía Méndez fan / Instagram)

Because this novel, whose main theme was “Corazón de piedra”, captivated the public, we show you how its protagonist Andrés García, who is currently 79 years old, looked more than 35 years ago.

MORE INFORMATION: Andrés García and Roberto Palazuelos: the story of a friendship that survives the passing of timeANDRÉS GARCÍA STARRING IN “YOU OR NADIE” Andrés García played Antonio Lombardo, a man who suffers the loss of his father. (Photo: Televisa)

When the actor from the Dominican Republic was called to join the production of “Tú o Nadie”, he had already participated in several soap operas and movies, and as a result of his good performance, he won the main role. The day it was released, he was 43 years old.

After the death of his father, Antonio has successfully taken over his businesses and his fortune. (Photo: Televisa)

His participation in the melodrama led him to have more fame than he counted and became a sex symbol in the audience. His characteristic mustache caused many to imitate his style in the 80s.

Andrés García together with Lucía Méndez became a unique couple for an audience that remembers them to this day.

MORE INFORMATION: “The body of desire”, Andrés García’s latest telenovela Despite the fact that he intended to make him pay for everything, Antonio falls in love with Raquel after discovering everything. (Photo: Televisa) HOW MUCH HAS ANDRÉS GARCÍA CHANGED?

Currently, he is 79 years old and has faced many health problems, which kept him from recording studios.

Andrés García spoke of the relationship he has with his children, from whom he is far away. (Photo: Capture Image Television

“I am improving, I spent some very difficult years with an operation on the spine, large, with ten screws and two titanium plates, but I am already beginning to move better,” he said in November 2020 in an interview for ‘Suelta la Sopa’ .

But what has attracted the most attention is the distance that García has with his children Andrés, Leonardo, Andrea and Arena. In an interview with Gustavo Adolfo Infante in “The minute that changed my destiny”, he told the real reason for his estrangement with them.

The actors maintain a good friendship since they met. (Photo: Roberto Palazuelos / Instagram)

“My blood children came out very ‘Garcías’. Each one wanted to make his empire, each one wanted to make his stardom; and then for them the shadow of the father always hindered them. Even movies, I put them in the first movies, but then they wanted to be in movies where their dad wasn’t there to scold them. I wanted them to be great actors and good actors came out. So, even when they were grown up there was a good relationship, “he said.

After that, he mentioned that their relationship is not good and they cannot be together because Andrés and Andrea are in the United States, while Arena is in Zihuatanejo. Regarding Andrea, he pointed out: “I haven’t seen her for a long time. I saw her when we were both working on Estrella TV, the program I had in the United States. Then she made her own life, in fact, she doesn’t even talk to her mom. She decided to make friends and like she adopted a family from another lady ”.