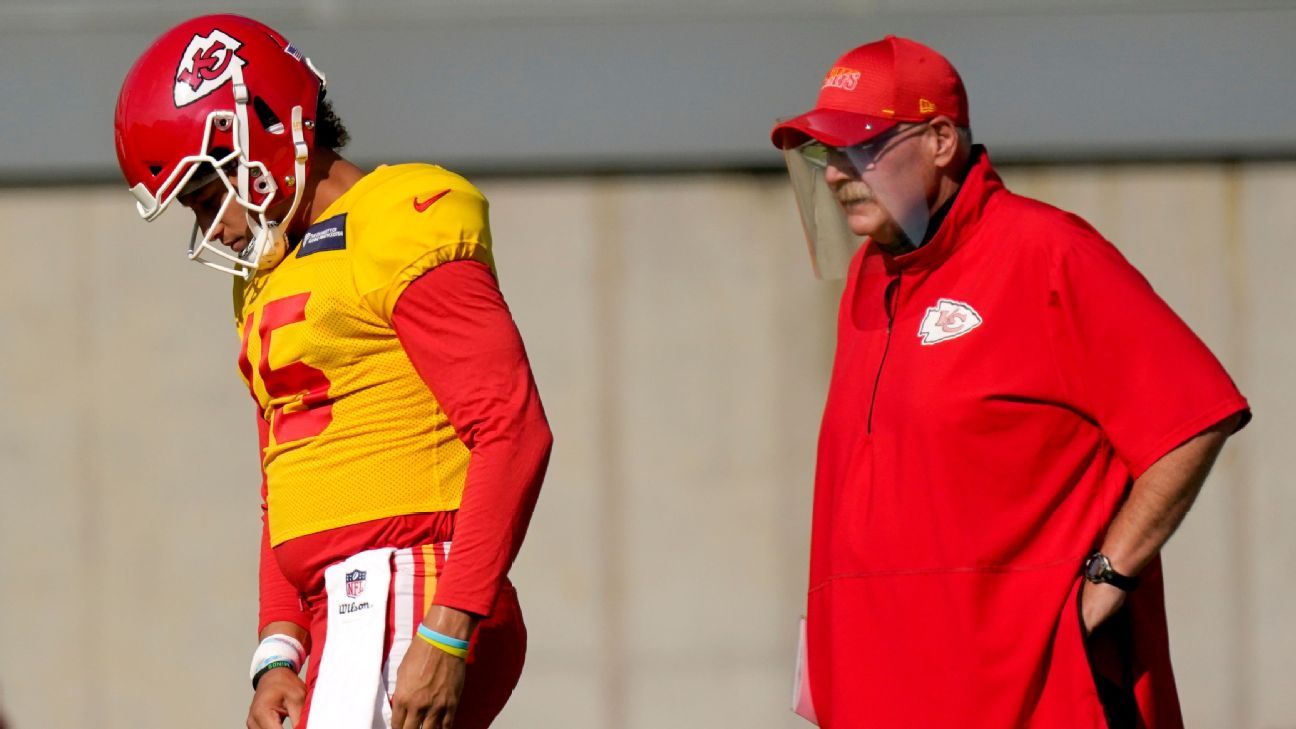 The approaches for each attack might seem diametrically opposite, but both have been successful for Kansas City and Tampa Bay, respectively.

Andy Reid grew out of a West Coast offense in which the quarterback has a role similar to that of an NBA point guard, throwing short passes that talented receivers can turn into high-yardage plays.

Bruce Arians’ offensive philosophy is based on the “no risk, no reward” mantra, encouraging quarterbacks to venture onto the field, even if that sometimes means making mistakes.

The approaches might seem diametrically opposite, but both have been successful. Reid and Arians have maintained prolific offenses that have helped the Kansas City Chiefs and Tampa Bay Buccaneers reach the Super Bowl.

However, both Reid and Arians are in the title match because they have also shown an adaptability. Over the years, Reid has increasingly used the shotgun and open formations, which has helped Patrick Mahomes become an elite quarterback in the NFL.

Arians has altered his offense a bit this season at Tampa Bay to take advantage of Tom Brady’s strengths, incorporating greater mobility and increasing the number of short passes to combine with the deep passes that remain the house brand.

“If you don’t look for new things year after year, you fall behind,” said Arians, 68. “You can watch what someone else is doing. But if that doesn’t really suit your own staff, it’s not right for you.”

There are several differences between the two offensive schemes, but they can be summed up in two key SportRadar statistics showing the progress of the two air strikes.

With Tom Brady on the trigger, Bruce Arians leads an offense that frequently attacks the deep parts of the field. AP Photo

The Buccaneers lead the NFL this season with 42 completions that traveled at least 20 yards, while the Chiefs were 14th in that field with 26 deep pitches this season.

“You can’t hit a home run if you don’t try to hit,” Arians said. “You can’t do anything special in life sitting on a fence.”

Kansas City led the league with 2,447 yards after the catch, while Mahomes tapped into the prowess of players like Tyreek Hill and Travis Kelce. Tampa Bay was 17th with 1,874 yards covered after a reception.

Reid’s offense creates space: His receivers have the second-best average in the league in separation, according to NFL NextGen statistics, with 3.8 yards per pass.

“Coach Reid does a phenomenal job of giving us multiple views of certain formations and certain movements,” Kelce said. “What that does is help keep opposing defenses in a reaction position in case you can do it the right way.”

When Brady arrived in Tampa Bay this season after two decades with the New England Patriots, there were questions about whether the 43-year-old quarterback still had the arm strength needed to be effective in Arians’ offensive scheme.

After a midseason slump in which he missed 23 straight deep passes, Brady has completed 25 of 52 deep passes in the last eight games, nearly doubling his long-throw completion percentage of the first 11 weeks.

Including the playoffs, Brady’s flying average is a career-best 9.4 yards, and his 43 complete deep passes are the most since SportRadar began tracking yards through the air in 2016.