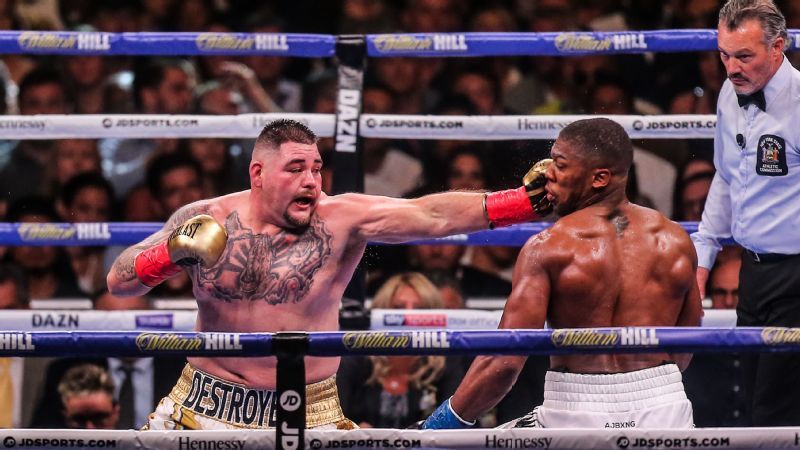 The most anticipated rematch of the year between Andy Ruiz and Anthony Joshua on December 7 in Saudi Arabia will be broadcast live on ESPN KnockOut in Mexico and throughout Latin America.

'Destroyer' Ruiz made history by devoting himself last June as the first heavyweight champion in the his tory of Mexican boxing by dethroning Joshua as champion of the World Boxing Association, International Boxing Federation and World Boxing Organization by knockout in seven episodes at Madison Square Garden in New York.

It's official! 🚨🚨🚨🚨🚨 @ Andy_destroyer1 vs @anthonyfjoshua 2 on ESPN for all of Latin America

Andy then starred in the biggest surprise among the heavyweight since James 'Buster' Douglas took undefeated the American sensation Mike Tyson in 1990, but now he will try to confirm his supremacy over Joshua, who will jump as a favorite to take the victory, just how it happened for his first encounter.

The fight will take place in Diriyah, Saudi Arabia, and it has been called 'The Battle in The Dunes' evoking those epic battles that Muhammad Ali starred against George Foreman in the 'Rumble in the Jungle' and and Joe Frazier in the 'Thrilla in Manila' . The transmission team for this battle will be made up of Renato Bermúdez, Mexican boxing legend Juan Manuel Márquez, Salvador Rodríguez, Jorge Eduardo Sánchez and international judge Fernando Barbosa.

Broadcast schedules throughout Latin America will be announced in the coming days so you don't miss one of the most anticipated battles of the year between two authentic giants willing to cross shrapnel in search of championships and sporting glory.