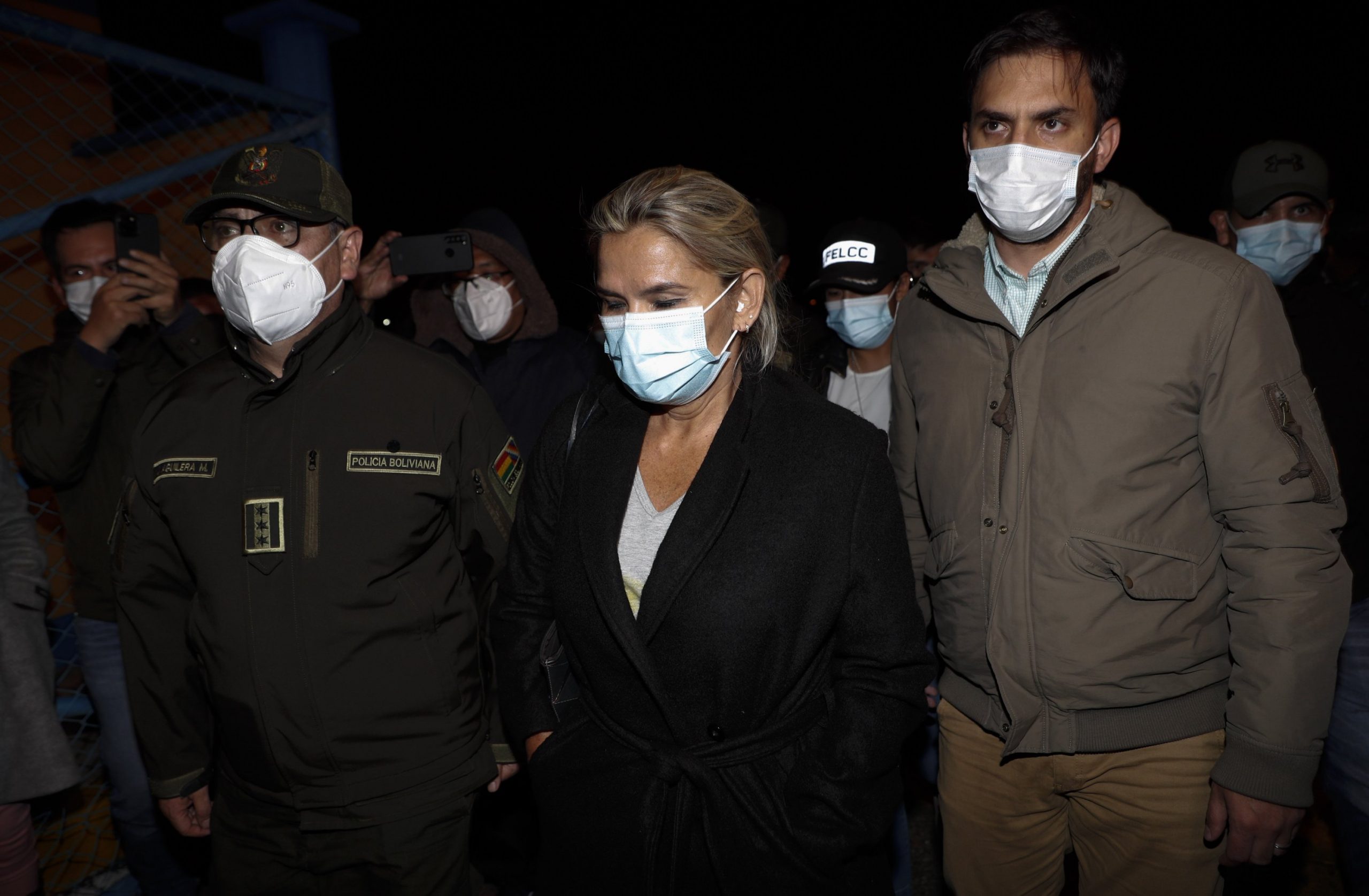 LA PAZ (AP) – From a police cell in La Paz, former interim Bolivian president Jeanine Áñez asked the Organization of American States and the European Union to send missions to evaluate what she described as an “illegal arrest” against her and two Former ministers after being accused of sedition and terrorism during the 2019 political crisis that precipitated the resignation of then-President Evo Morales.

In a letter he sent to the OAS and the EU, Áñez described his arrest and that of his former collaborators as “aberrant political persecution” and demanded “due process.” Meanwhile, the Bolivian office of the United Nations High Commissioner for Human Rights asked the judicial authorities for a “fair, independent and impartial” process.

Arrested early Saturday morning in Trinidad, northeast Bolivia, Áñez was waiting on Saturday in common cells to be taken before a judge for precautionary measures who could grant her house arrest or send her to a prison preventively while the investigations progress.

“This is an outrage, as a former president I have the right to a liability trial. There was no coup but a constitutional succession. I assumed the presidency due to the resignations that occurred ”, he declared to the press.

Two of her former ministers were also detained and police were looking for other collaborators of the former conservative president on Saturday.

“This is not persecution, it is a lawsuit that was filed in December for conspiracy and sedition against Senator Áñez,” said Government Minister Eduardo del Castillo.

The case has once again raised political tension in Bolivia. Opposition leaders have described the arrests as illegal and have accused the government of leftist president Luis Arce of using justice for a “judicial persecution,” as former president Carlos Mesa and the elected governor of Santa Cruz Luis Fernando Camacho have declared separately. both opposition leaders.

Arce, Morales and legislators from the ruling Movement for Socialism (MAS) have described what happened after the October 2019 elections as a coup, denounced as fraudulent by the OAS, which unleashed a social outbreak that claimed the lives of 36 people and forced Morales to resign after 14 years in power. The former president was seeking a fourth reelection in those failed elections.

Áñez was then an opposition senator and was qualified for the succession, which was activated after the resignation of Morales and his hasty departure to Mexico. The former president called elections in October 2020 and Arce, Morales’ political heir, won with 55% of the votes.

“The Judicial Power is an instrument of persecution, it is not justice. They seek to behead the opposition by installing a false narrative of a coup d’état to disprove the fraud, “declared Mesa, who described the arrests as an” intimidating action “after the defeat of the MAS in the local and regional elections last week, whose official count is not yet closed.

Morales, who is in Buenos Aires, said on Twitter “that the authors and accomplices of the dictatorship be investigated and punished.”

After taking office, Áñez also attacked Morales and jailed several of his ministers on charges of terrorism and sedition for having encouraged the protests, but the Prosecutor’s Office dismissed the charges, including a lawsuit for electoral fraud, allegedly for lack of evidence afterwards. Arce was sworn into office last November.

During the crisis, the security forces violently repressed the protests in favor of Morales. A total of 16 people were shot dead, which is also under investigation. The Inter-American Commission on Human Rights (IACHR) investigates all the deaths and a report is not yet known.

Several military chiefs are also being investigated for the alleged coup, among them the former commander of the Armed Forces William Kalimán and the former chief of the police, who were not found at their homes during the raids on Friday. Another military officer is also on trial and a judge ordered his arrest.

From Washington, the director of Human Rights Watch (HRW), José Miguel Vivanco, said that “the arrest warrants against Áñez and his ministers do not contain any evidence that they have committed the crime of terrorism, which lends itself to arbitrariness.”