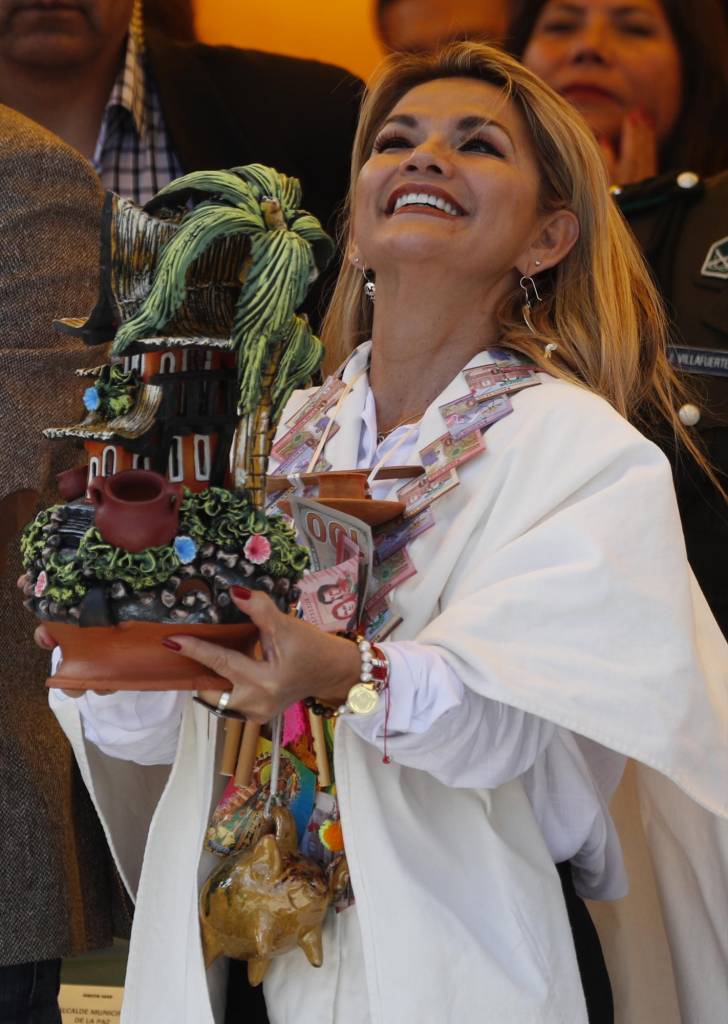 LA PAZ, Bolivia (AP) – Acting President Jeanine Áñez continued to turn a deaf ear to criticism against her candidacy for the presidency of Bolivia and on Tuesday ratified her decision to seek power after a slight adjustment to her cabinet of ministers.

"I will be president and candidate at the same time without committing any unconstitutional act," he said in the act of swearing in his cabinet, in which he ratified 17 authorities and changed to three.

Áñez asked for the weekend of the resignation of his entire ministerial team after the Minister of Communication, Roxana Lizárraga, resigned and publicly rejected the decision of the president to run. Instead, Áñez named the journalist Isabel Fernández, in the Education portfolio she possessed the former vice president, Victor Hugo Cárdenas, and in Rural and Land Development Eliane Capobianco.

At the same time, the electoral campaigns started. Luis Arce, candidate for the Movement To Socialism (MAS), party of former President Evo Morales, arrived in the country from Argentina and began his promotion although the prosecution gave him a summons to declare for a case of embezzlement in the Indigenous Fund, which promoted a project in rural areas.

Áñez announced that he would campaign at the end of his working day and on weekends. He also said he would not use state resources.

The governor made the announcement of his candidacy on Friday and unleashed great controversy because assuming power he said his government would only be transitional. For some analysts, his announcement about the candidacy favors Morales' allies, weakens the government and harms other contestants in the May 3 elections.

“I have sought alliances and I have not found them. Before the dispersion of the vote, I have decided to run, ”said Áñez.

The president assumed the government in the midst of a political and social crisis caused by the failed elections of October 20. The situation was complicated by the resignation and subsequent departure of Morales, who was isolated to Mexico. Currently the ex-president is a refugee in Argentina, where he leads his party's campaign.