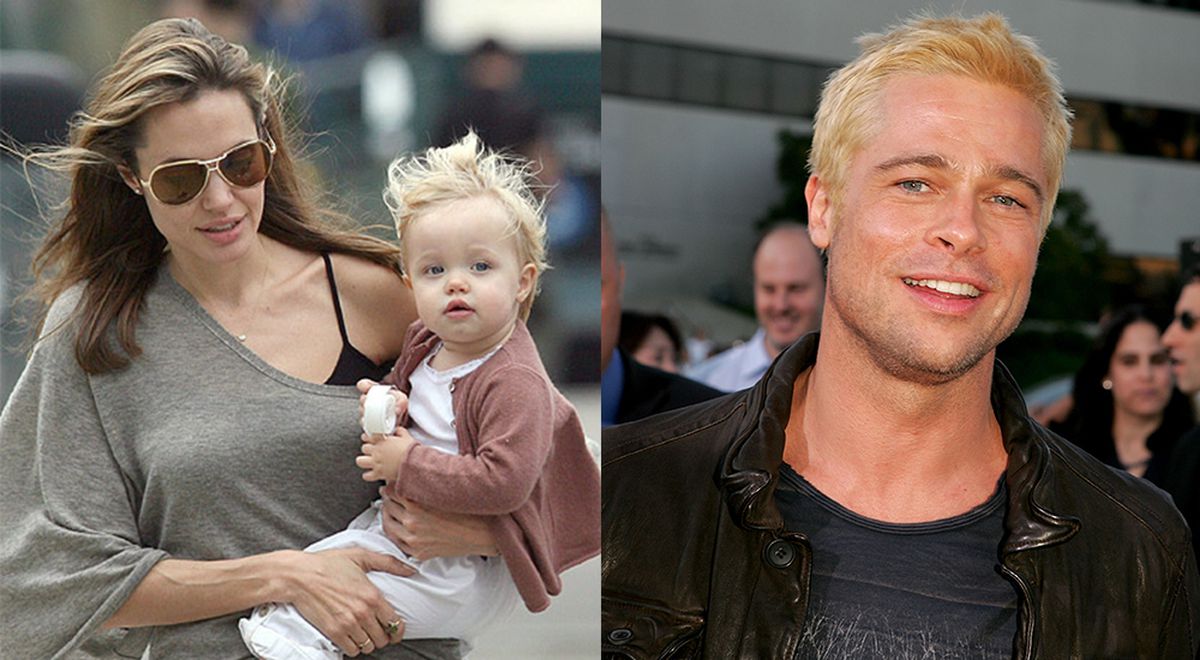 Everyone was surprised. Angelina Jolie has been presenting the second part of her movie "Maleficent" and attended the premiere of the film with her children. The American press, gathered at the El Capitan Theater in Los Angeles, highlighted the clear happiness of the actress, but especially showed amazed by Shiloh's enormous resemblance to Brad Pitt.

Shiloh Jolie-Pitt arrived at the premiere of "Maleficent 2" wearing a white shirt and a totally black jacket. The pink press related the little one to his father and stressed that both have the same facial characteristics.

Shiloh Jolie-Pitt arrived at the premiere of "Maleficent 2" and was compared to his father. Photo: AFP.

YOU CAN SEE Angelina Jolie after divorce with Brad Pitt: "I was lost, I felt a deep sadness"

The photographs released by the international press about the cinephile event also evidenced the striking resemblance between father and son.

Shiloh and his great resemblance to Brad Pitt. Photo: AFP.

Angelina Jolie also took her son Shiloh to the premiere of "Maleficent 2" in Rome, Italy, and the media in that country also emphasized the great similarity of Brad Pitt with his heir.

Angelina Jolie with her son at the premiere of "Maleficent 2" in Italy. Photo: AFP.

The red carpet of "Maleficent 2" took place at El Capitan Theate on Hollywood Boulevard, a fixed point for the premiere of Disney films.

The event was attended by Angelina Jolie and Elle Fanning, protagonists of the successful film.

Actress Michelle Pfeiffer was also part of the red carpet of "Maleficent 2" and shined by her elegant outfit.

About "Maleficent 2": sequel to "Maleficent" that tells the life of Maleficent and Aurora, as well as the alliances they will form to survive the threats of the magical world in which they live.

Angelina Jolie and her children

Pax, Shiloh, Zahara, Knox and Vivienne walked along with Angelina Jolie before the press. The large family was all joy on the red carpet, which had luhar at the Captain Theater in Hollywood. International media highlighted the complicity of children with their mother.

Angelina Jolie and the absence of her eldest son

Maddox, the eldest son of Angelina Jolie could not be in the avant premiere of "Maleficent 2", because he is studying at a university in South Korea.

Angelina Jolie and her emotion to see how Zahara has grown

In the event, Angelina Jolie could not help talking about how big her daughter Zahara is, who is now a 14-year-old teenager. "She is not beautiful? (…) She is growing so beautiful, ”said the actress.

Angelina Jolie appreciates the support of her children

During the avant premier, Angelina Jolie spoke with the press and stressed that her six children have been a great support during complicated moments such as her divorce from Brad Pitt.

“It's wonderful to have your support (..) They are my friends. In recent years they have not been the easiest, but they have taken all the strength I have and they remind me that I can be strong, ”he said.