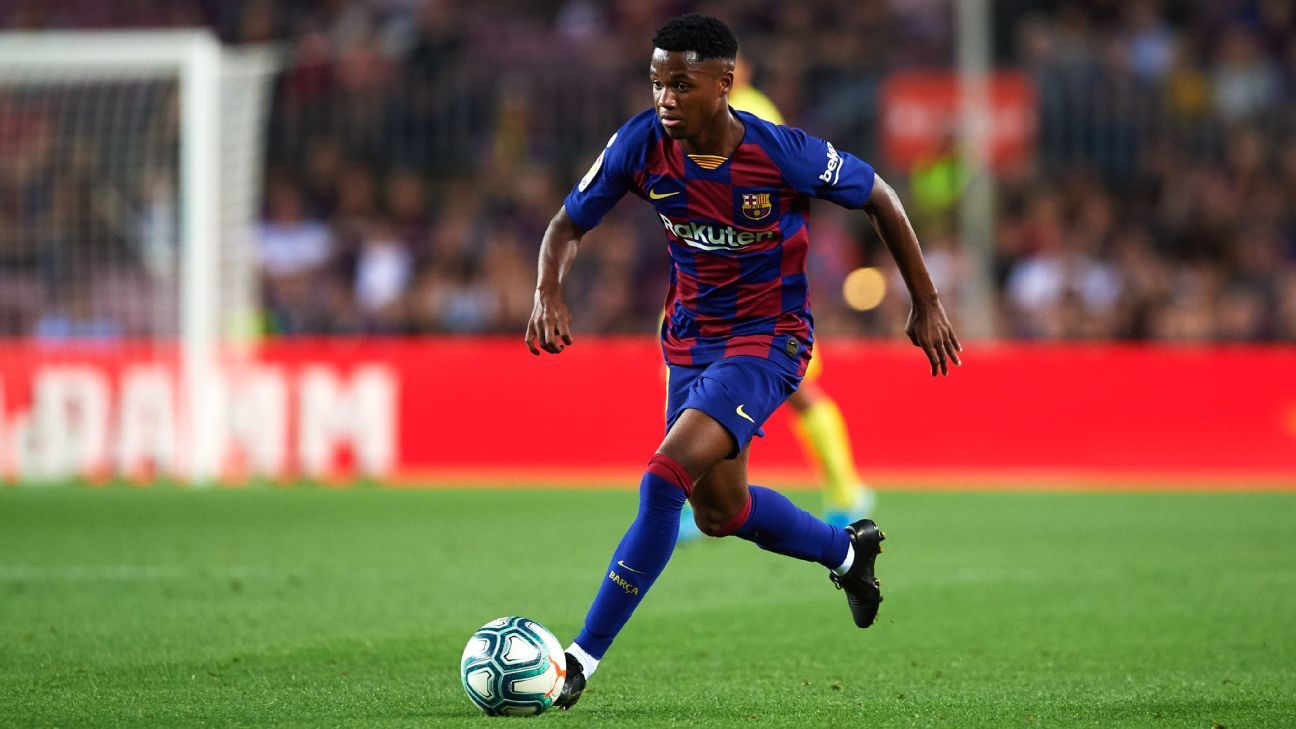 BARCELONA – Ansu Fati was not cited by Spain for the U17 national team … Neither for the U21 nor for the absolute after not receiving the Spanish Football Federation the final documentation from FIFA, an essential requirement to be called .

Nationalized by urgent procedure after a meeting of the Council of Ministers on September 20, the Barcelona footballer has not yet been registered as a Spanish by the top world soccer body, which is why he is not yet selectable.

“I miss legal issues; I only know that I cannot call him because he is not selectable, ”said Luis de la Fuente, coach of the U21 team and the most likely destination of the player, who“ until the last minute ”was waiting for the coach before making the final list.

Robert Moreno, coach of the absolute, acknowledged that he wrote the name of Ansu “in the 40-player prelist for the absolute”, without revealing his intentions, highlighting that everything that surrounds the Barca player “is exceptional” and warning of the tranquility That claims your situation. "We have to try to help him to continue with the most normal growth possible, as has happened so far," he agreed, trusting that "he becomes the player he seems to be" and ruling that his call was ruled out "because that bureaucratic problem occurred. .. Besides that he has been injured. ”

The fate of the young Barcelona player seemed to be in the U21 team that on October 10 will face a friendly match against Germany in Cordoba, before facing Montenegro on the 15th match in the qualifying match for the Eurocup of the category that It will be held in 2021. His call to the U17 that will play the World Cup, despite the wishes of coach David Gordo, is understood to be practically discarded (although he hopes to have all the procedures with FIFA resolved before his start on October 26 ).

The final and official decision regarding the U17 World Cup to be played in Brazil is not yet taken, even though from the Camp Nou an official Barça source explained to ESPN Deportes that there is “good tuning” between the club and the federation, comprehensive with the damage that would cause Valverde the loss of Ansu for about a month and up to seven official matches of the first Barca team.

For now, however, the Ansu Fati affair will remain in the drawer, waiting for FIFA to register and process its license as a Spanish footballer to be selectable. Then, again, his name will return to the plane. With a view to the Spanish team that comes to the Tokyo Olympics in 2020, whose base will be the U21 team, or, who knows, with its not too long-term entry into Robert Moreno's plans for the absolute team.