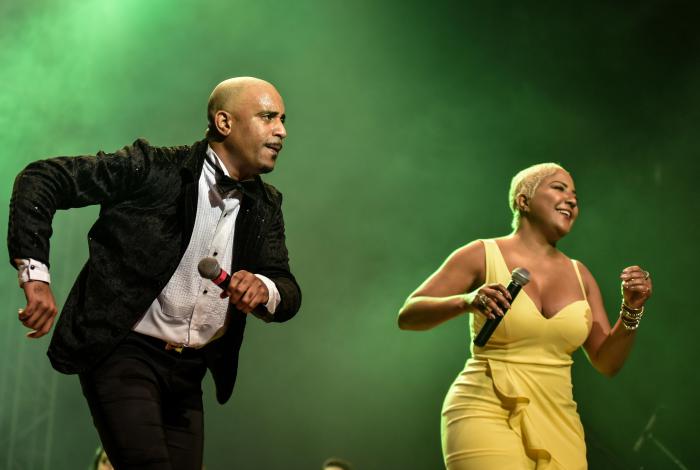 These days new campaigns against Cuba, especially denigrating and involving our culture, are back on track. Some time ago, some of us watched and warned that new forms of aggression (blackmail and defamation also fit) would take paths that were not expected for many: culture. Who would have bet on that scenario in a confrontation? Of course, with a well-articulated gear and with non-casual or momentary advice.

In the final months of 2019, fierce campaigns against Cuban artists took shape and began a rare, but frontal inquisition that is worth recalling in these lines. Concerts by artists such as Jacob Forever, for example, were canceled and an artful sail against Haila was designed, which resulted in the same: zero presentations in the US. preceded in both cases by delusional and decadent hysteria.

An unusual and excessive attack against Descemer Bueno came a short time later, as well as the exclusion of Gente de Zona (gdz) from a presentation at the end of December in Miami, including campaigns to revoke migratory privileges.

In these cases there were very weak and ridiculous arguments, but bashed with fine goldsmithing of evil, such as the accusation to gdz of “singing to the Cuban President”, to Haila for kissing Fidel and Descemer for “laughing thanks to the regime”, accusing them of all and threatening them for “lackeys and communist artists.”

Then, out of the culture script for a moment, the writers of the “novel”, coinciding with the 1st. January, they prepared the premiere of the chapter of the Clandestinos show-circus and its bloody outrage against busts of the Apostle, nothing more and nothing less against him!

To this we add that that month, January specifically, another slapstick called Parón de January was born unsuccessfully. Launched under the twitter of lucky clowns and wig-worshipers, it advocated that remittances and recharges to relatives in Cuba cease that month.

Along these lines they also continued with an old and bad idea: that of continuing to search at all costs for a prefabricated and obedient “martyr”, at which point a character enters the scene, presented to public opinion on our TV, by the hand of ” invisible »agent Quiñones,« responsible for the brutal beatings »suffered by the« harmless democratic and passive messiahs », created with money destined for the subversion of Cuba.

Dismantled and discredited these “jewels” of the Greek classical comedy, followed by the shameful plagiarism of the song Hopefully and now old passions from “culture” are revived with the irruption of another actant, this time the look of a documentary about a troubadour Cuban resident in Miami has motivated quite angry attacks on Cuban musicians and intellectuals, and puts all the events prior to Mariel’s exodus in 1980 out of context.

Now accusations and dark darts swarm the Nueva Trova Movement and its main figures, and some are held accountable here and others who even opted years ago to reside outside the country, manipulating and slandering them in a pyrrhic way. Continuing with the overflowing hysteria of the beginning and as a good soap opera, new twists add to the plot: already in this part the character played by the once honest self-flagellated activist and that of the humorous actor who did not return to the country because «he feared for his lifetime”.

Now another “fighter on duty” emerges from the “conceptual art” headlines for performing performances using shamefully as a rag – and not as an outfit – to the national flag, a action punishable under Cuban law. Examples are lacking and perhaps a thorough analysis, which I do not think deserves so much effort on my part. But the most important question for this staging of grudges and devious feelings perhaps would be: what chapters have you prepared for next week?