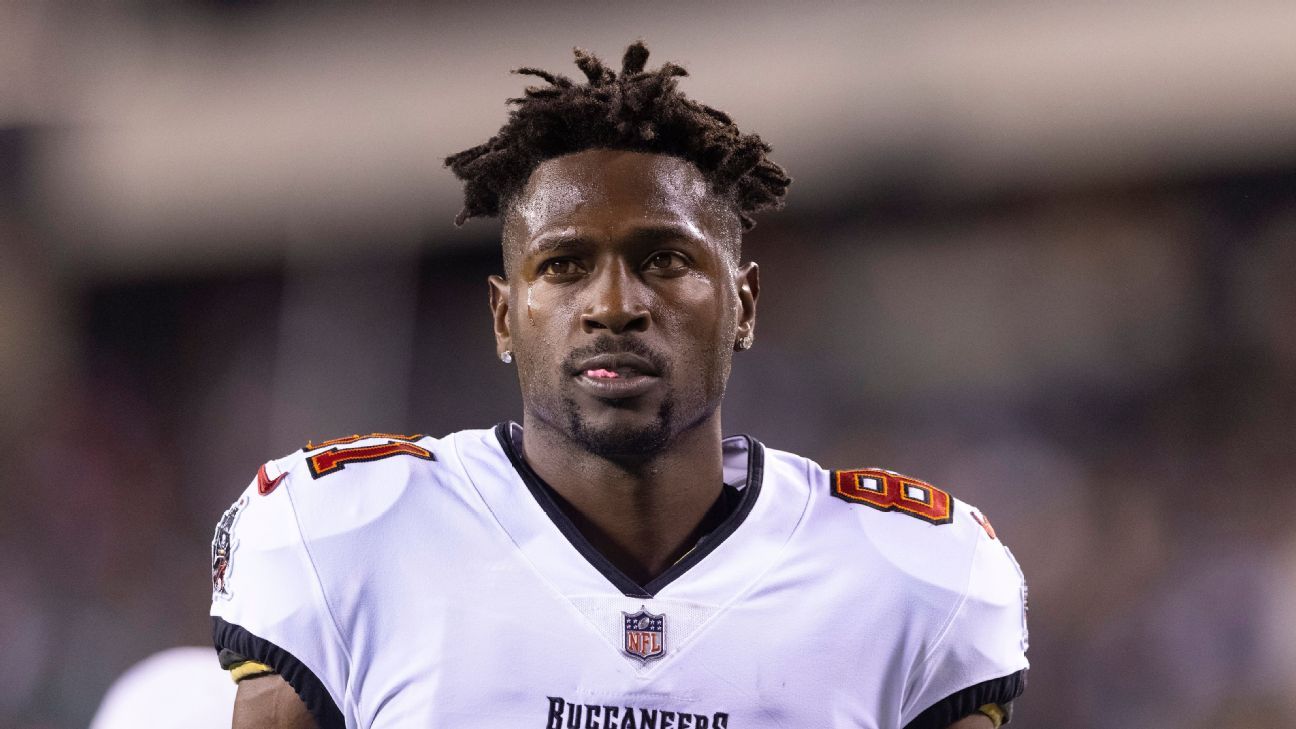 According to a testimony, Brown would have bought his false vaccination certificate, thanks to a teammate

The league and the players’ union found Antonio Brown to be among three players who misrepresented his vaccination status. A former Brown personal chef reported earlier this month that the wide receiver had obtained a fake COVID-19 vaccination card over the summer.

Antonio Brown suspended without pay for three games. You can return until December 26. Getty

Buccaneers backup safety Mike Edwards and free agent wide receiver John Franklin III were also suspended for three games. All three players accepted their penalty and will not appeal, according to the NFL.

Brown and Edwards suspensions are without pay. Both will be eligible to return to the Buccaneers lineup on December 26 when the Buccaneers face the Carolina Panthers.

“The NFL-NFLPA jointly reinforces their commitment and further emphasizes the importance of strict adherence to protocols to protect the well-being of all those associated with the NFL,” the league and players union said in a statement.

Brown was not expected to play the next two games because of an ankle and heel injury that has kept him out since Week 7, a source told ESPN’s Adam Schefter on Wednesday. Edwards, who has lined up at safety and slot, forced a fumble in last week’s win over the Indianapolis Colts and leads the team with three interceptions.

Chef Steven Ruiz said earlier this month that Brown had his girlfriend, model Cydney Moreau, approach him over the summer to get a fake vaccination card. After Ruiz was unable to acquire a fake card for Brown, he said the wide receiver a few weeks later showed him the ones he had for him and Moreau that he had purchased.

Ruiz indicated to ESPN that Brown had obtained his fake vaccination card from a Buccaneers teammate. Ruiz declined to name the other player.

A day after Ruiz’s initial indictment, Buccaneers coach Bruce Arians commented that the team did its “due diligence” in examining the players’ shot cards, adding: “I really don’t think that’s true.” .

“We appreciate the League’s timely handling of this matter and recognize the importance of the health and safety protocols that have been established. We will continue to implement all of the league’s COVID-19 protocols,” the Buccaneers agreed in a statement Thursday. .