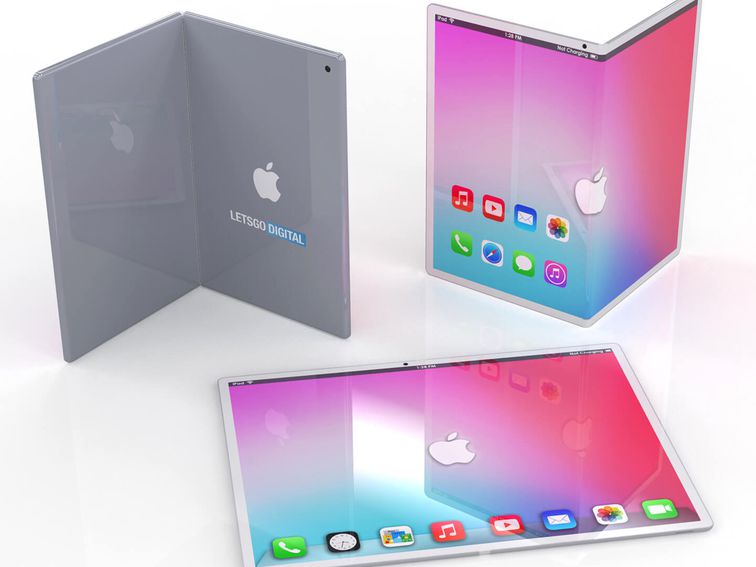 That would be the ways in which an iPhone could be folded.
USPTO
Apple obtained a new patent that reinforces the rumor of the existence of a folding iPhone.The patent, discovered by the AppleInsider site, shows a device that could be folded in two or three different ways and each fold would not have to be the same size. The patent, according to the illustrations, might look like the Galaxy Fold or the Huawei Mate X. The images in the record show that the device could be folded in half, similar to Fold. But this panel, which would be made of glass, sapphire or other materials according to the patent, could also be folded in three in the style of a triptych. Something very curious is that an illustration shows that the panel could be folded and only leave a part of the screen visible, perhaps to use that space for notifications or glimpses of quick information.

Now that Samsung, Huawei, Intel, LG, Xiaomi, Motorola and other manufacturers enter the folding phone market, it is natural that Apple seeks to do the same. The Cupertino company is not distinguished by being a pioneer in an industry; Instead, Apple is committed to waiting for the market and technology to mature to launch its own product with well-polished ideas. While waiting for the market to mature, Apple does its best to avoid the problems that the first products in this category have had. The Galaxy Fold, which reached the market with a price of almost US $ 2,000, had some damage in the first units and Samsung had to delay the launch. Huawei had a similar problem. Apple has not commented on the launch of a foldable iPhone or iPad, but rumors point to a launch as early as 2021. Patents and previous reports have already shown signs of what Apple prepares for its first device of this type: a device With screen that can be folded at pleasure, with resistance to high and low temperatures, and with size between an iPhone and iPad.

Folding iPad will arrive in 2021, according to rumors