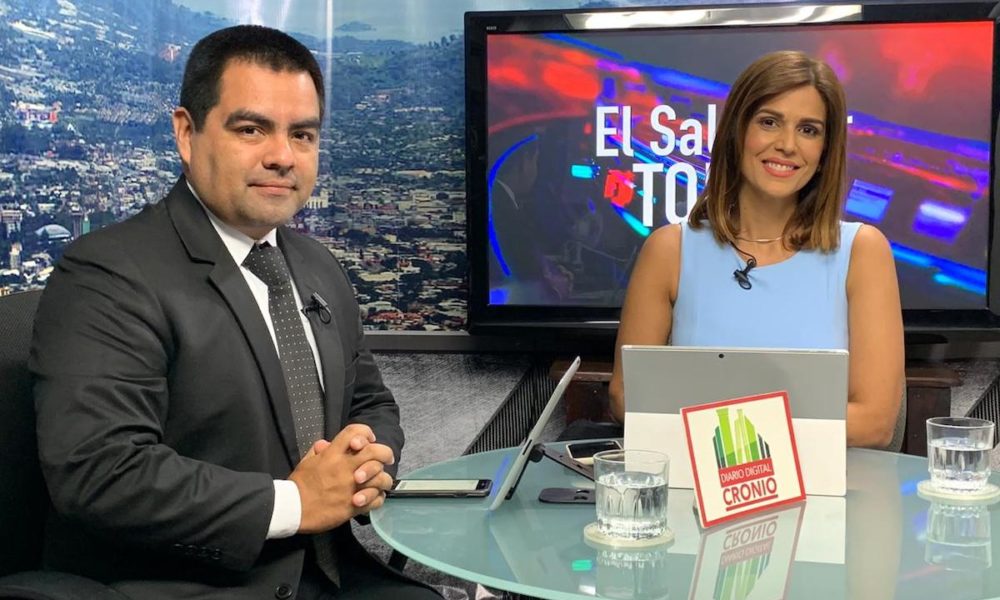 The dissident deputy of the tricolor party, Milena Mayorga was the guest of this Tuesday in El Salvador Today, program of Diario Digital Cronio conducted by Luis Alvarado.

The legislator denounced that she is still a victim of political violence by a party that continues to make decisions only from the top, it does not necessarily include all the members of the ARENA National Executive Committee (COENA).

Mayorga makes this point in relation to the decision to reject the offer of the mayor of San Salvador, Ernesto Muydshondt, to act as a mediator between the ARENA party and the Executive, a decision that led many members of that political institute to show publicly your disagreement

The television broadcaster notes that since she opposed a burdensome loan for a new Legislative Assembly building, her position within the party has been getting worse every day, mainly because they opened a disciplinary process that de facto nullifies her chances of competing in internal elections and at the same time seek re-election.

"We are supposedly a democratic party, but we are seeing that this is not true," said the deputy while pointing out that she personally receives complaints from party members of all sectors, for an attitude she described as masonry from the leadership.

The election of Apollonius Tobar

Likewise, the deputy reiterated the allegations of multiple irregularities in the election of the current Human Rights Attorney, Apolonio Tobar, because as it could be seen in the plenary two weeks ago, she was in her seat and voted against, while Douglas Cardona, your alternate was sitting somewhere else and voting in favor.

The legislator points out that these irregularities should cause the opening of a file in the ethics court of the party, but that does not happen, something would show that the case against him is simply political persecution, which he says is orchestrated by Gustavo López Davidson and the ultraconservative sectors of the tricolor party.

((🔴)) #ENVIVO ((🔴)) EL SALVADOR TODAY with MILENA MAYORGA, ARENA Deputy. Today we will analyze the issue: Dissidence within the ARENA party and the alliance with the FMLN. Send your questions and comments to @croniosv or call us at Cronio WhatsApp 7017-4887.DANOS LIKE, SHARE AND OPINION Clarification: THE OPINIONS AND CONCEPTS MADE IN THIS INTERVIEW ARE EXCLUSIVELY RESPONSIBLE FOR THOSE WHO DELIVER THEM AND DO NOT REPRESENT THE DIGITAL EDITORIAL LINE .