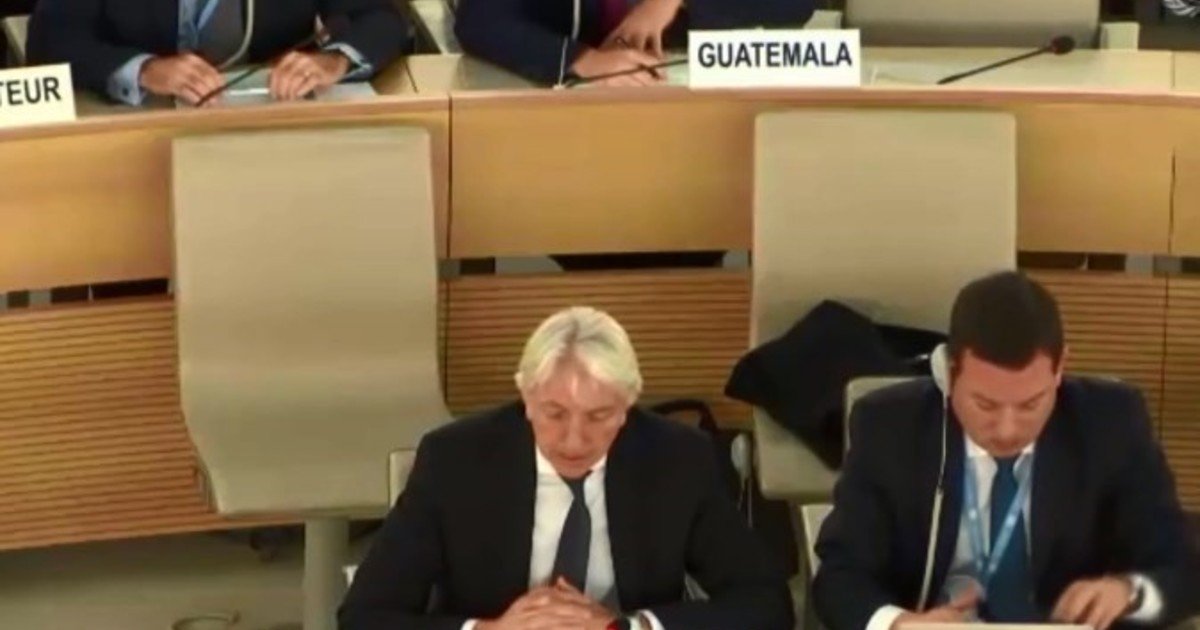 The Argentine ambassador to the UN, Carlos Foradori, questioned on Wednesday the economic and financial sanctions that the United States and the European Union imposed on the Venezuelan government of Nicolás Maduro. He did so during the Human Rights Council meeting, where the High Commissioner, Michel Bachelet, presented the update of his report on the situation in that country.

“We thank the United Nations High Commissioner for Human Rights for the oral update on the human rights situation in Venezuela. Argentina supports the joint intervention pronounced minutes ago by Peru on behalf of a set of proposing and co-sponsoring countries of resolution 42/25. In this regard, my country wishes to state that our concern must incorporate the dimension of economic, social and cultural rights, ”said Foradori in his brief presentation.

“In this sense, the impact of economic, commercial and financial sanctions on the Venezuelan economy is unquestionable, having concrete effects on the most vulnerable population. Thank you very much, Mr. President, ”he added.

Argentina supported but did not subscribe to the statement made by Peru, on behalf of a group of member countries of the Lima Group, in which it strongly criticized the Maduro government.

“We regret the collapse of the health system, the distribution of food and medicine, of the electric power service, of productive capacity, of an inflation of 283,000% between January 2017 and August 2019. Of the malnutrition of 21% of the population . The reports of the High Commissioner on extrajudicial executions, arbitrary detentions, torture and generalized and systematic violence also generate alarms. We reiterate our concern about the crisis in Venezuela and support a political and peaceful exit to it, ”said Peruvian ambassador Silva Elena Alfaro Espinosa.

Bachelet called on the Venezuelan government and opposition to resume negotiations to find a solution to the crisis that worries the population's rights in a worrying way.

"I reiterate my call to all and all political actors in Venezuela to resume negotiations to reach a solution to the political and economic crisis and return hope to the population," Bachelet told the Human Rights Council in Geneva.

The High Commissioner also drew a disturbing picture of the country, listing different acts of violence and intimidation, child malnutrition or acts of armed militias and extrajudicial executions, a scenario that was refuted by Venezuelan representative Jorge Valero, who considered the presentation de Bachelet was based on "biased information" and "unbalanced."

"This oral presentation by the High Commissioner lacks the necessary balance, presents methodological flaws and uses biased information that fuels the media campaign against Venezuela," he said.