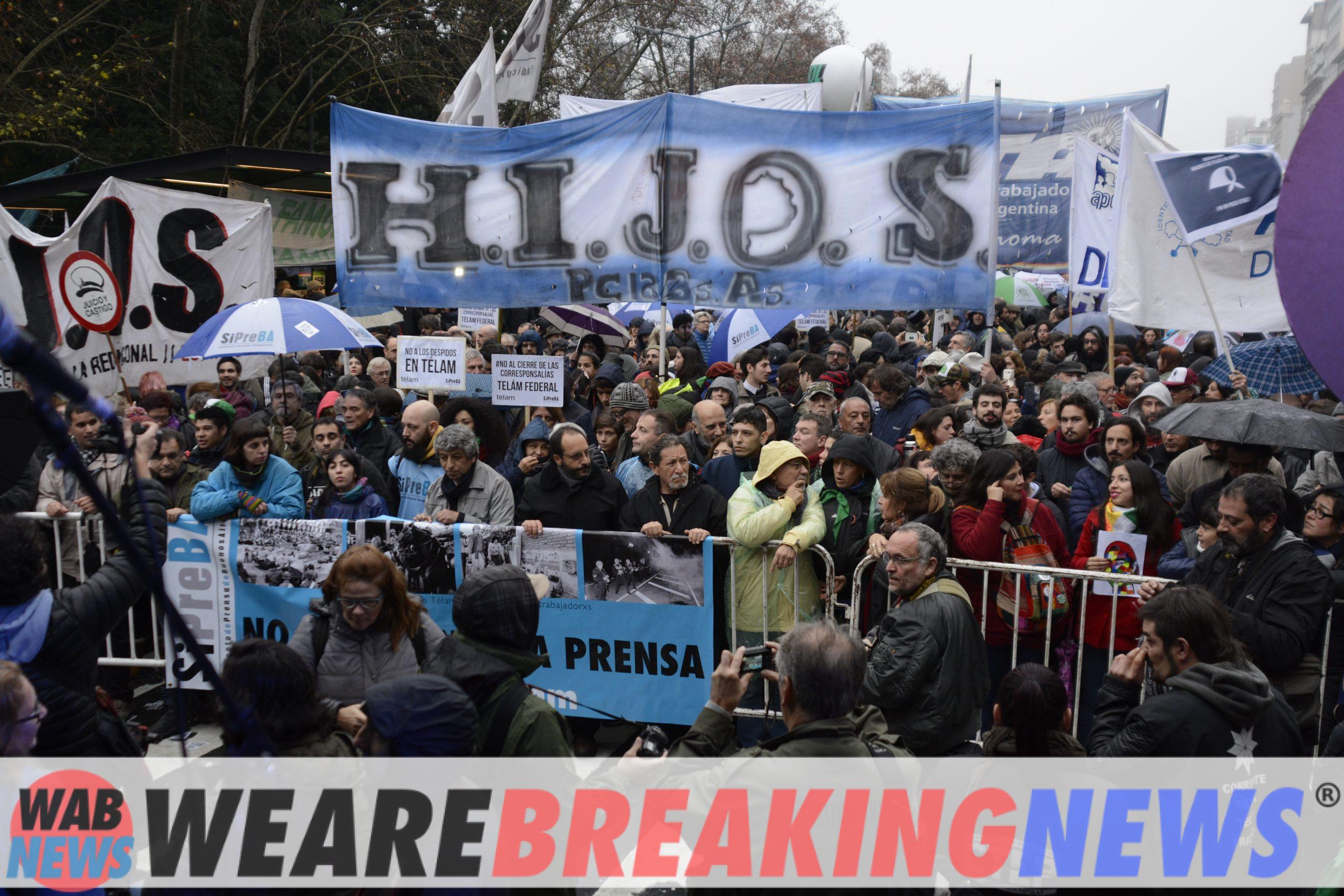 BUENOS AIRES (AP) — In the midst of acute poverty and accelerating inflation, thousands of social and political activists who participated in a three-day protest march that toured part of Argentina converged on the capital Thursday to join a demonstration in demand for more work and income and against the International Monetary Fund.

Buenos Aires received from the first hours three columns with hundreds of vehicles transporting demonstrators who entered from different points of the city. The activists concentrated around the main railway stations and then passed through the Ministry of Economy and other state agencies to conclude in the Plaza de Mayo in front of the Government House.

The militants who came from the north and south in the so-called “Federal March”, who since Tuesday have stopped in several provinces where they have organized protests, will tell the government of President Alberto Fernández that there is no more room for the economic adjustments that they attribute to the agreement reached with the International Monetary Fund.

They will also demand the creation of formal jobs and better salaries in a context of accelerating inflation that has liquefied the income of many Argentines.

“We mobilize in rejection of the economic policy, the increase in poverty and in repudiation of the agreement that Argentina reached with the IMF that will bring more calamities to the Argentine people. Today, half are below the poverty line,” Marianela Navarro, of the Front of Organizations in Struggle, told The Associated Press.

Argentina is immersed in a scenario of rising prices, a problem for which Fernández, a Peronist who came to power at the end of 2019, cannot find a solution. In April, inflation was 6%, slightly below the index for March (6.7%), the highest in 20 years.

Compared to April 2021, the increase in the cost of living was 58% and accumulates 23.1% so far this year, according to the report released Thursday by the National Institute of Statistics and Censuses (INDEC).

Shortly before the official data for April was released, President Alberto Fernández pointed to the “increase in food prices as a result of the war” during a press conference he offered in Paris, where he is on tour.

Food and non-alcoholic beverages rose by an average of 5.9% and was the item that had the greatest incidence in the measurement of inflation in April throughout the country, according to INDEC.

“We are growing a lot in the economy, we are generating many new formal jobs but it is costing us a lot to correct the distribution of income and inflation has a lot to do with it,” said the Peronist president.

Poverty, which has worsened due to the COVID-19 pandemic, affects 37.3% of Argentines, according to data from the second half of 2021, but analysts believe that it has skyrocketed due to the effect of inflation.

Participants in the protest questioned the agreement signed with the IMF in March to refinance the debt and the upcoming arrival in the country of technicians from the agency who, they said, will check that the country has complied with “orders” that imply “the reduction of public spending ”.

The agreement seeks to refinance a debt of some 45,000 million dollars taken during the presidency of Mauricio Macri (2015-2019) and contemplates the fulfillment of several goals, such as a reduction in the fiscal deficit.

The demonstrators pointed out that “the real debt is with the people” and complained that they presented proposals to the government to generate “thousands of genuine jobs” without having received a response. Many of them marched carrying banners and bibs with slogans such as “I work with dignity” and “I work with all rights.”

These groups -which benefit from precarious state labor assistance programs- demand better conditions within the framework of these aids while the Executive is closing salary increases with unions that represent different formal sectors, with increases of up to 60%.

The protest also occurs while the authorities are analyzing increases in gas and electricity rates and a few hours before the April inflation rate is known, which would be close to 6%.

The claims will be heard at a time when criticism was fired for a paralysis of the presidential administration to resolve the most pressing problems due to the exhausting internal relationship between the president – on tour in Europe this week – and the vice president and former president Cristina Fernández de Kirchner (2007-2015), with a more leftist tendency and who questions the understanding with the IMF and calls for a shift in economic policy.

Economy Minister Martín Guzmán, who has the backing of the president, has ratified the plan. The official maintains that the country needs to act seriously and reach certain consensus, such as fiscal sustainability, for which it is necessary to order public accounts.

In this regard, Eduardo Belliboni, from the Polo Obrero, told AP that “Guzmán is following the IMF’s script” and that “the government’s internal problem is the government’s problem, our problems are the lack of work and a reality that cannot be tolerated anymore. ”.

Belliboni said that if the demands are not met, the protests will multiply.

Other protests have taken place in recent months, several of which have collapsed Buenos Aires with street camps of families who receive state subsidies that are insufficient for them.