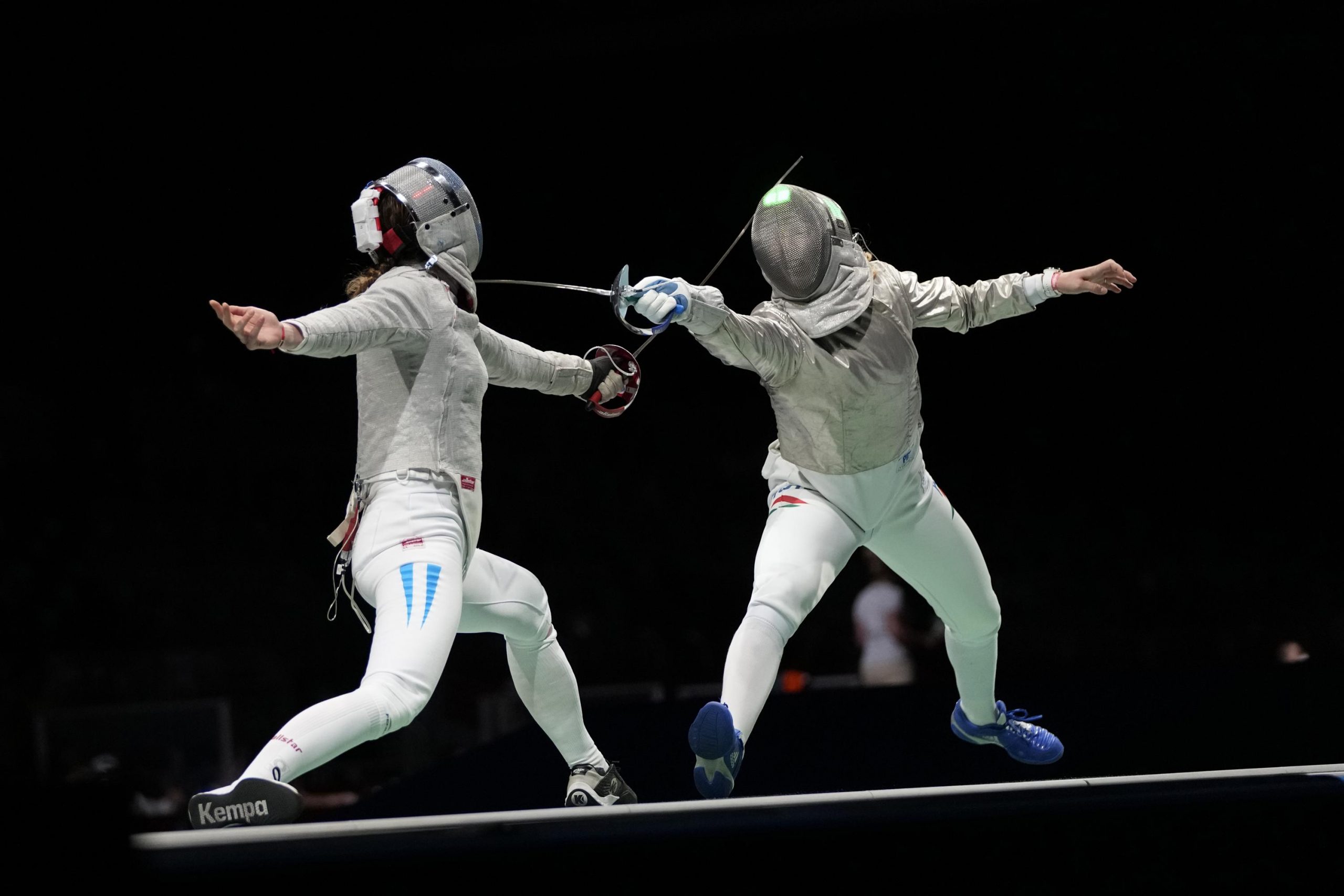 TOKYO (AP) – Argentine fencer Belén Pérez Maurice found her elimination at the Tokyo Olympics not so bitter after her coach surprised her in front of television cameras with a poster proposing to her.

“Flaca, do you want to marry me? Please “read the written message that Lucas Saucedo, the coach of the 36-year-old Argentine athlete, held in his hands while she explained during a live interview with the television channel TyC Sports the reasons for her elimination in the first round of the Tokyo 2020 Olympic Games against the Hungarian Anna Marton.

At one point in the talk where viewers could see Saucedo behind his girlfriend holding the poster, she turned her head warned by the journalist and came across the unexpected proposal.

“Ay, aaaaaaayyy, ay …!”, The Argentine who participated in their third Olympic Games began to shout with laughter. Saucedo knelt down and begged him: “Tell me yes, tell me yes.” With tears in his eyes, Pérez Maurice answered affirmatively and the two merged into a kiss.

The images went viral. Shortly after, both told the cameras about their joint work.

Pérez Maurice, 27th in the tournament standings, lost 15-12 in saber to the Hungarian Marton, sixth, and came close to achieving what would have been her first victory at the Olympic Games.