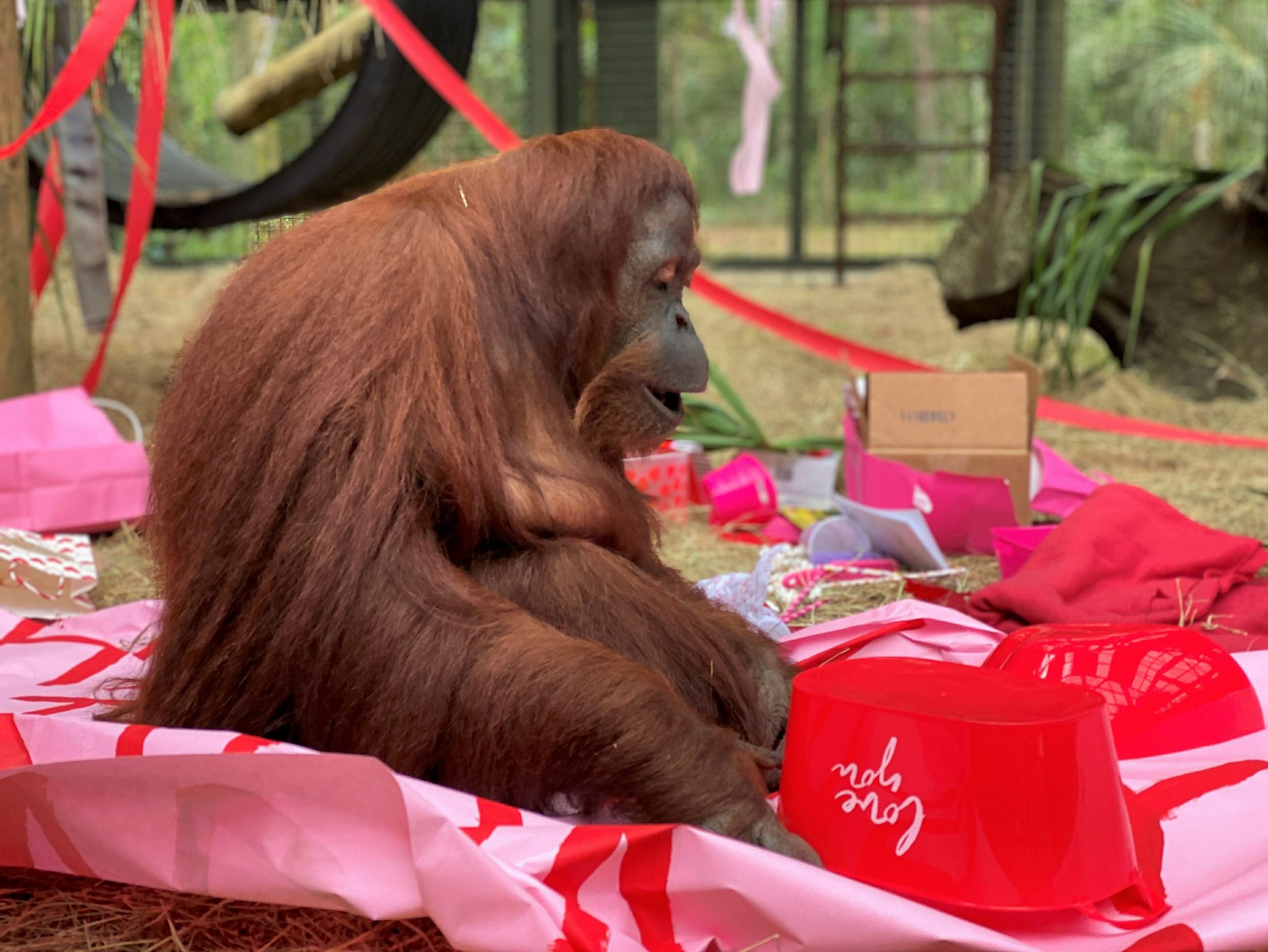 WAUCHULA, Florida, USA (AP) – An orangutan named Sandra, whom an Argentine judge recognized as a sentient subject and who found a new home in Florida, celebrated her 34th birthday on Valentine’s Day on Saturday with a special primate friend.

Sandra “has adjusted wonderfully to her life in the sanctuary” and made friends with Jethro, a 31-year-old male orangutan, said Patti Ragan, director of the Great Apes Center in Wauchula, Florida.

Before traveling to Florida, Sandra lived alone in a zoo in Buenos Aires. She was a little shy when she arrived in central Florida, where 22 orangutans live.

“Sandra seemed especially interested in Jethro, and our caregivers thought it was a perfect choice because of her similar age, calm behavior and kind nature,” Ragan said in a press release. “Sandra still watches and follows Jethro from afar in the process of knowing and trusting each other. But they live harmoniously in the same habitat spaces and continue to gain confidence in their relationship. ”

The historic ruling of Judge Elena Liberatori in 2015 legally declared that Sandra was not an animal, but a non-human subject with legal rights and that she should receive better living conditions.

“With that ruling I wanted to tell society something new, that animals are sentient beings and that first right they have is our obligation to respect them,” Liberatori told The Associated Press.

But without a clear alternative, Sandra stayed in the old-fashioned zoo, which closed in 2016, until she traveled to the United States in late September. He spent a month in quarantine at the Sedgwick County Zoo in Kansas, before arriving in Florida.

In his new home he celebrated his birthday, at a party with pink posters and wrapped gifts. Jethro, who in the past worked in the entertainment sector, attended the party.