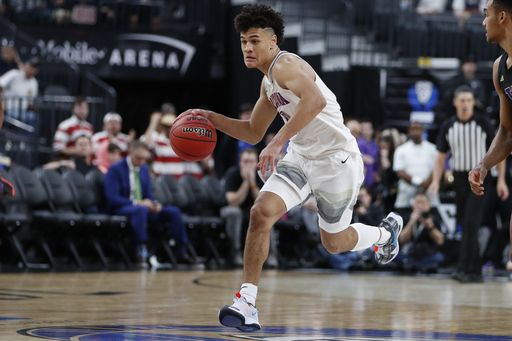 TUCSON, Ariz. (AP) – Josh Green is the latest Arizona freshman to declare for the NBA draft.

” Ever since I was a little kid in Australia, it’s been a goal of mine to play in the NBA, ” Green tweeted. ” I’m proud to take a step closer to that dream. After careful consideration with those closest to me, I’ve made the decision to declare for the 2020 NBA draft. ”

Green averaged 12 points, 4.6 rebounds and 2.6 assists during his lone season with the Wildcats. He’s projected to be a first-round pick.

An athletic 6-foot-6 guard, he grew up in Sydney before his family moved to Phoenix. Green played his senior season at IMG Academy in Bradenton, Florida, before joining coach Sean Miller’s heralded 2019 recruiting class that included Mannion and Nnaji.

Mannion declared for the NBA draft on Tuesday. Nnaji did it last week.