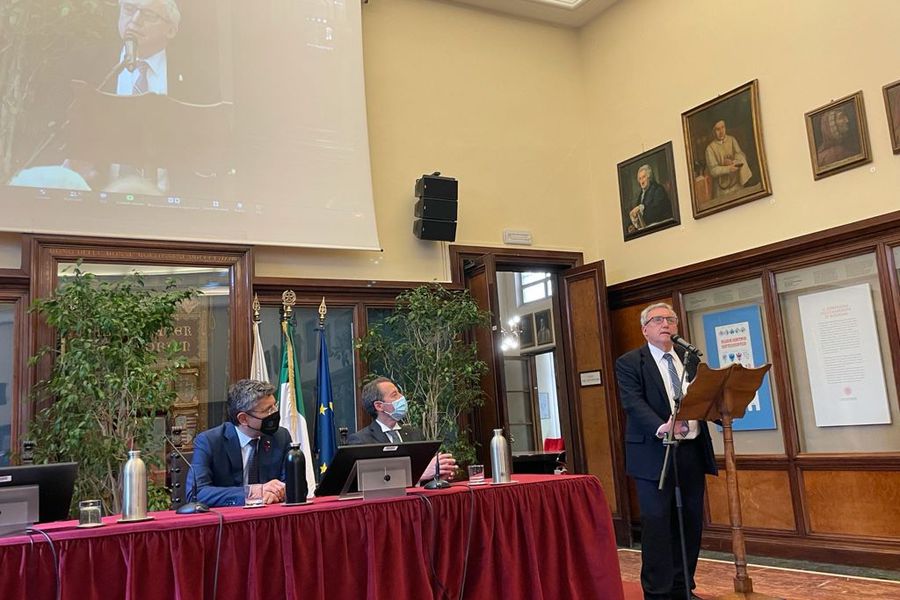 Promoting joint research of excellence in topics as diverse as artificial intelligence, data science, astronomy, medicine, social sciences, climate change, food, design and heritage is the main objective of the Chile-Italy and Chile-France forums, instances Collaboration strategies in which the University of Chile, the Catholic University and the University of Concepción participate. The initiative unites various institutions of higher education and research of excellence from both countries and has the support of their respective embassies.

“This is a moment in the history of humanity in which multilateral relations are once again very important and, therefore, relations between Europe and Chile become very central,” explains Rector Vivaldi from Italy. The decision to attend in person with University authorities such as the Vice-Rector for Research and Development, Flavio Salazar, and the Director of Innovation, Carlos Saffie, responds to the importance with which the collaboration instance is perceived. “It is time to strengthen the multilateral part, which is something that universities have always done and that was deeply affected by the impact of the pandemic,” he adds.

Rector Vivaldi during the forum on Tuesday. Photo: U. de Chile

For his part, the rector Sánchez assured that “the impact of these forums can be very notable and of great magnitude in terms of publications, new joint research projects and writing of books in areas such as the sciences, humanities and arts.” He also stressed that these instances “can open new paths for us to apply for funds, which allow us to strengthen our competitive research funding.”

Regarding the usefulness of this alliance, Flavio Salazar explains that it involves visits by Italian professors to Chile or from Chile to Italy, student exchanges, joint teaching programs —especially now, taking advantage of virtuality— and the establishment of new international projects in transdisciplinary areas, which it is very important to be able to address, related to medicine, climate change, development, innovation, among others.

“They are meetings that, in some way, allow the academy of both countries to get closer to establishing common projects,” he says.

Salazar explains that this is not the first time they have been done. “We already have an experience of several years and they have been very well received, they have generated trust, new alliances, new projects in many areas (ranging from the humanities, philosophy, issues such as migration, racism, in medicine such as cancer, aging , neurosciences and industry issues have addressed mining, energy, etc.). We believe that this effort, which is not only the University of Chile but also involves other universities in the country such as the Catholic University and the University of Concepción, constitute a way to promote institutional internationalization that surpasses previous experiences of individual internationalization, based on in the capacities of each one ”.

According to the UC vice-rector for Research, Pedro Bouchon, this work model is about to turn ten years old. “It started with Chile-Japan in 2014. Today it includes Chile-France, Chile-Sweden and Chile-Italy, and the model has certainly been perfected over time.”

He adds that for each Academic Forum the participation and inclusion conditions of new Chilean universities as well as partner countries / universities are always reviewed. “The expectations of increasing counterparts exist, in particular with China we carried out a joint activity in 2020 that could be considered a pilot to establish a relationship of this type. However, our objective is not to increase participation by the mere fact of increasing it, but to deepen existing relationships and ensure that new ones have the potential to become meaningful, horizontal and mutually beneficial relationships in research areas ”, Explain.

In the first forum, which will take place between September 21 and 23, five working groups will be established to address the themes of “Health and food” —in disciplines such as biomedical sciences, food and bioprocesses, animal health and evolution. -, “Human-nature relations” —through energy, environment, sustainability, climate change and geodynamics—, “Design, Arts and Heritage”, “Humanities and Social Sciences” and “Astronomy and Data Science”.

The Chile-France Forum will hold its meetings between September 28 and 30. In addition to the Chilean universities, the authorities and representatives of the National Center for Scientific Research (CNRS, by its initials in French) will participate, an institution with which joint studies in astronomy, maritime flora and the relationship between human beings and their environment are carried out.

In this case, the themes of the working groups are “Challenges in health systems”, “Climate and biodiversity”, “Data science”, “Smart agriculture”, “Challenges in energy production”, “Social sciences and humanities ”and“ Design, art and heritage ”.

See the program of the Chile – France Forum (September 28 and 30): https://eventos.cmm.uchile.cl/chilefranceforum2021/program/