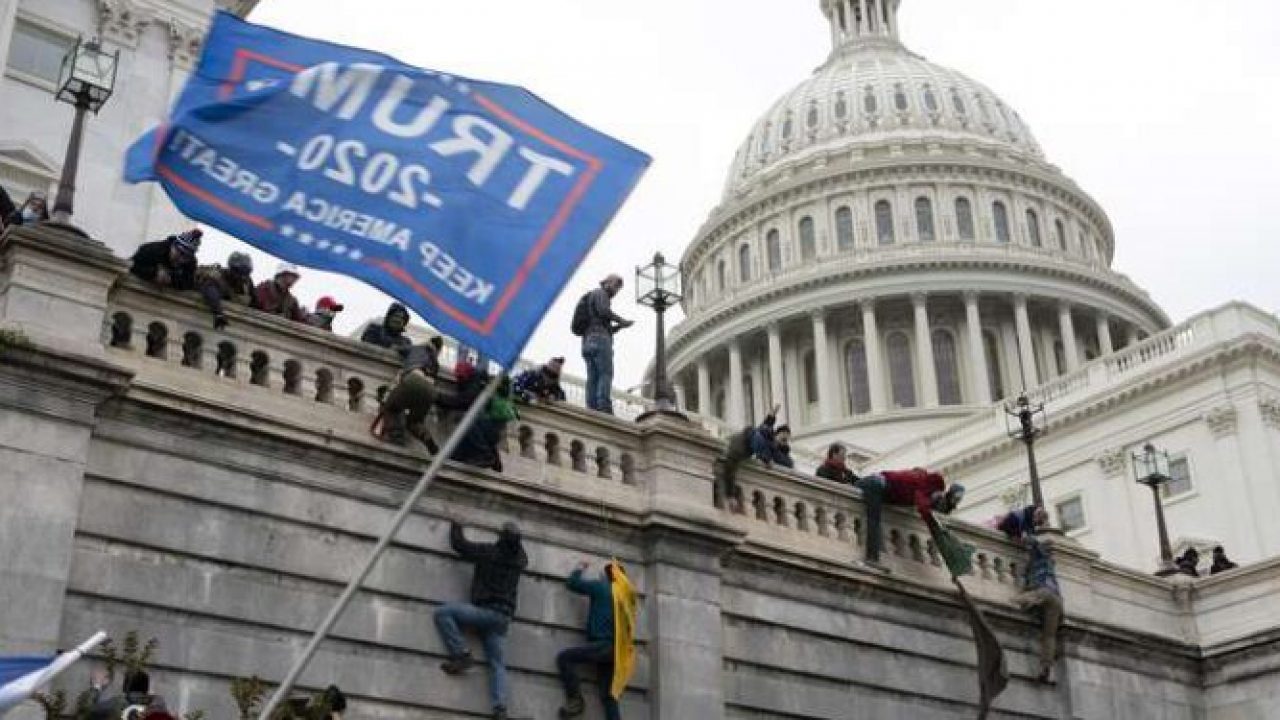 Phoenix – After boasting on social media about their participation in the assault on the United States Capitol on January 6, now those responsible are rushing to erase the evidence. Knowing that they apparently broke the law, they now seek to cover up their role on the fatal site, something that will almost certainly hurt them in court.

An Associated Press analysis of court documents found that at least 49 assailants are charged with trying to delete incriminating photos, videos and messages on social media accounts that documented their conduct, when a mob of Donald Trump supporters entered the force in Congress and briefly interrupted the certification of the electoral victory of President Joe Biden.

Experts say that efforts to erase evidence on social media show a desperate intention to manipulate the evidence once those people realized they were in the water. However, that can serve as a powerful test of people’s guilt consciousness and make it difficult to negotiate agreements with the prosecution for reduced sentences.

“It makes them look tricky, sneaky,” said Gabriel J. Chin, who teaches criminal law at the University of California at Davis.

One of those defendants is James Breheny, a member of the extremist group Oath Keepers, who bragged in text messages to others about entering the Capitol during the assault. An associate recommended that Breheny, in a message two days later, “delete all the photos, all the messages and get a new phone,” court documents reveal.

That same day, the FBI says, Breheny closed his Facebook account, where he had photos he had taken during the assault and complained that the government had become tyrannical. “The Duty of the People is to replace the Government with one with which it agrees,” Breheny wrote on January 6 in an exchange about the attack. “I’m all ears. What are our options?”

Breheny’s attorney, Harley Breite, said her client never obstructed the investigation or destroyed evidence and that Breheney did not know, when he closed his account, that its contents would be considered evidence.

Breite denied that Breheny should have recognized, in the days immediately following the January 6 assault, when the mutiny dominated the news, that the attack was a serious situation that could jeopardize his freedom.

“You can’t erase evidence if you don’t know you’re going to be charged,” Breite said.

Other participants who have not been charged with destroying evidence spoke with others about deleting content, court documents reveal.

The FBI said a woman who posted video and comments showing she was inside the Capitol during the assault later decided not to restore her new cell phone with its content in the cloud, a decision authorities suspect was aimed at preventing discovery. of the material.

In another case, authorities said that screenshots of Facebook messages deleted by a North Carolina man contradict their claim in an interview with an FBI agent that he did not attempt to disrupt the Electoral College’s certification of votes.

Deleting digital content is not something as simple as deleting messages from cell phones, social networks or closing accounts. Researchers have managed to rescue the digital content by asking social media companies for it, even though the accounts have been closed.

Messages posted on Facebook, Instagram and other platforms are recoverable for a time, and authorities routinely ask those companies to preserve records until they can obtain court orders to view the messages, said Adam Scott Wandt, professor of public policy at the John Jay College of Criminal Justice, an institution that trains law enforcement agencies on digital investigations.

Authorities have other avenues to investigate whether someone has tried to erase evidence.

Even if a person deletes content from an account, authorities can gain access to that content if it has been copied to a cloud server. People who are not involved in a crime, but who were sent incriminating photos or videos could send them to investigators. Likewise, the metadata inserted in the digital content can also show whether it has been modified or altered.

“You can’t do it,” said Joel Hirschhorn, a Miami criminal attorney not involved in the causes of the Capitol attack. “The metadata give them away.”

Only a handful of the more than 500 people across the United States who have been arrested in the attack have been charged with tampering with evidence by deleting incriminating material from their cell phones or Facebook accounts.

Among them are several defendants in the case against members and associates of the Oath Keepers group, who face charges of conspiring to block the certification of the election results. In one instance, one of the defendants instructed another to “make sure that all communications about the operation have been erased and burned,” authorities say.

Even if that doesn’t result in more charges, erasing evidence will make it harder for those defendants to get sentencing benefits for accepting responsibility for their actions, said Laurie Levenson, a law school professor at Loyola University.

Some lawyers might argue that their defendants removed the content to reduce the social impact the attack had on their families and show that they did not support what had happened during the assault, but added that this argument has limits.

“The word ‘interested’ will be mentioned,” Levenson said. “That’s what prosecutors are going to argue: ‘You got it out because suddenly you have to face the consequences of your actions.’

Matthew Mark Wood, who acknowledged deleting content from his cell phone and from his Facebook account that showed his presence on Capitol Hill during the assault, told an FBI agent that he was not seeking to disrupt the Electoral College certification, but investigators They say that the screenshots of two of their deleted Facebook messages show something different.

In the messages, Wood celebrated the assailants making “those politicians run” and declared that he had confronted a tyrannical government over the theft of an election, the FBI said in court documents. “When diplomacy doesn’t work and your message isn’t received, they shouldn’t be surprised when one revolts,” Wood wrote. His attorney did not respond to a message seeking comment.

Although she is not accused of deleting content that showed she was inside the Capitol during the assault, a named woman told her father that she was not going to restore her new cell phone with its content in the cloud about three weeks after the incident, the incident said. FBI.

“Don’t go to the cloud!” The father warned his daughter, according to authorities. “That’s where they catch us.” 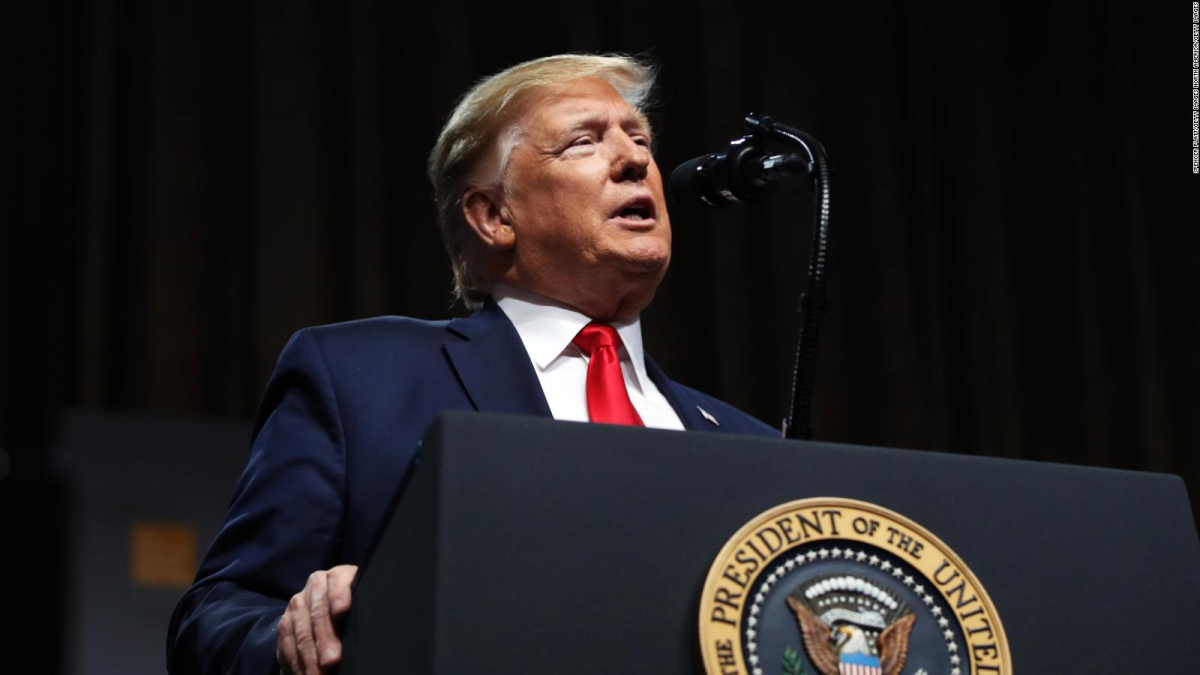