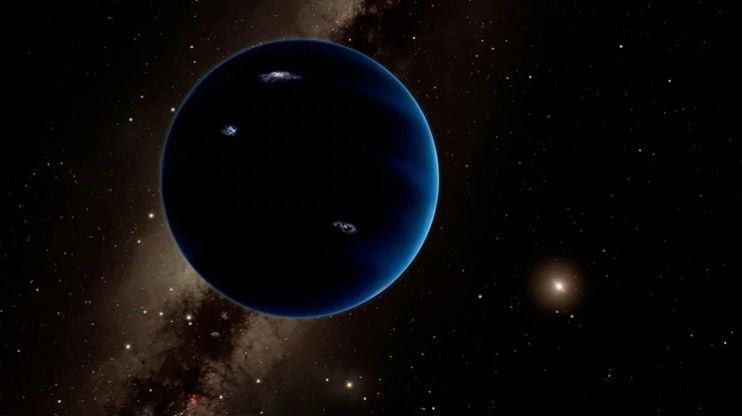 October 02 2019, 8:08 pm
The presence of a primordial black hole can explain the anomalous orbits observed in Transneptunian Objects, which have been attributed to an alleged ninth planet orbiting our sun. | Europa Press

The presence of a primordial black hole can explain the anomalous orbits observed in Transneptunian Objects, which have been attributed to an alleged ninth planet orbiting our sun.

It is the explanation presented in arXiv by astronomers Jakub Sholtz, from the Institute of Particle Physics at Durham University, and James Unwin, an assistant professor at the University of Chicado Illinois.

His research is based on the analysis of anomalous orbits of transneptunian objects (TNO) and an excess of microlens events applicable in the OGLE (Optical Gravitational Lensing Experiment) data set for 5 years.

While other studies have attributed these anomalies to the presence of an unknown object with several times the mass of the Earth, these researchers propose as an alternative the presence of primordial black holes (PBH). According to their conclusions, the orbits of the TNOs would be altered if one of these PBHs was captured by the Solar System.

The capture of a free floating planet is a dominant explanation for the origin of Planet 9, but Sholtz and Unwin show that the probability of capturing a PBH is comparable.

“The restrictions of observation in a PBH in the outer Solar System differ significantly from the case of a new ninth planet. This scenario could be confirmed by annihilation signals of the microhalo of dark matter around the PBH, ”they propose.

Scientists presented the first image of a black hole on April 10, 2019. | REUTERS

What are black holes?

For a long time the black holes had been theorized, modeled and even detected by indirect tests, but never observed. That wait ended on Wednesday, April 10, 2019, with the announcement of the Event Horizon Telescope (EHT), which managed to capture the first image of one of these “monsters” from space.

A black hole is a celestial object that has an extremely important mass in a very small volume. As if the Earth were compressed on a thimble or the sun was only 6 km in diameter, Guy Perrin, astronomer at the Paris-PSL Observatory, recently told AFP.

Physicist John Archibald Wheeler invented the term "black hole" in the 1960s, although they are not holes or blacks, but his name has influenced the collective imagination.

According to the law of general relativity published in 1915 by Albert Einstein, which explains its operation, the gravitational attraction of these cosmic "monsters" is such that nothing escapes them: neither matter, nor light, whatever their wavelength. And if light, which is the fastest traveling in our Universe, cannot go out, then nothing can do it.

The S0-2 star near the black hole at the center of the Milky Way in an artistic image | Courtesy Nicolle R. Fuller / National Science Foundation via REUTERS

How can you see them if they are invisible?

Astronomers seek to observe this “monster” by contrast, that is, thanks to the bright background that forms the matter that surrounds it.

Therefore, they cannot be observed directly. In addition, the force of gravity that emanates from the black hole is so phenomenal that it has not been possible to recreate in the laboratory.

Under the effect of the enormous gravitational attraction, the stars closest to these "monsters" are flattened, stretched and dislocated and their gas is heated to extreme temperatures.

How many types of black holes are there?

They are distinguished by their size. The stellar are those that have masses comparable to that of the Sun and radii of tens or hundreds of kilometers.

Those whose masses are millions or even billions of times the mass of the Sun, are the supermassive black holes of the galaxy's nuclei.

The Atacama Large Millimeter / submillimeter Array (ALMA), in Chile, was one of several telescopes used to generate the image of the black hole of April 2019 (Beletsky (LCO) / ESO via The New York Times)

It is also possible that there are – but we have not yet detected them – intermediate black holes, of hundreds of thousands of solar masses, and primordial black holes, formed at the beginning of the Universe, with masses that could be very small.

Not all stars become black holes. They only form very massive stars. When they run out of fuel at the end of their life, they collapse on themselves in a catastrophic and unstoppable manner and in their collapse form a well in space.

If they are not so massive, the matter they are made of can stop the collapse and form a dying star that barely shines: a white dwarf or a neutron star.

It is believed that in most galaxies there is a supermassive black hole in its center and hundreds of thousands of stellar black holes. The closest known black hole to Earth is about 3,000 light-years from us.