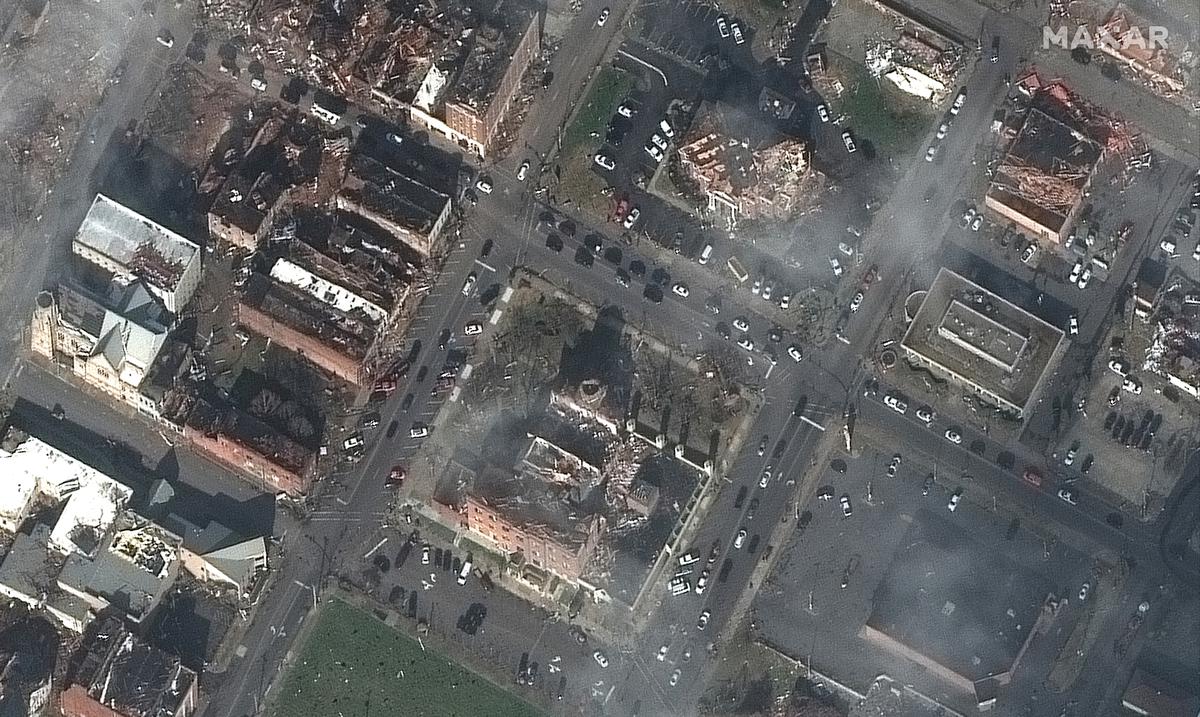 The official maintains that this number “will probably rise”, while the search for more than 100 disappeared continues.

Beshear offered the update during a press conference. The estimated death toll previously shared by the state was 70.

The governor reiterated that the number of fatalities “will certainly be above 70, perhaps even 80,” although he noted that the data is “fluid” and may change in the coming days. He anticipated that the final total could take weeks.

Our thoughts are with everyone whose lives have been impacted by the tornadoes that touched down across KY. The Red Cross & our partners are working around the clock to help those in need. If you need a safe place to stay, find a list of open shelters at https://t.co/zxmSXboco7. pic.twitter.com/EfClreGviH

“Thousands of houses are damaged, if not completely destroyed. And it may take weeks before we have the final count of both deaths and destruction levels, ”he explained.

He added that 105 people still cannot be found and that 18 bodies remain unidentified.

Visibly moved, he indicated that the age range of those who died is between five months and 86 years, and that six of the dead were minors.

This Sunday Bob Ferguson, spokesman for Mayfield Consumer Products, owner of the candle factory, indicated that eight of the 110 people who were working in the factory at the time of the collapse had been confirmed dead and that another eight were missing.

In this way, 93 employees had been located and were safe, in contrast to the statements of Governor Beshear, who had indicated that only 40 had survived, which generated great confusion in the midst of the tragedy.

This Monday the governor indicated that he trusts that the company’s numbers are true and “actively works” to confirm them.

The tornadoes that made landfall Friday night in Kentucky were part of a devastating storm that affected six states and generated more than 30 tornadoes that caused at least 78 deaths in the mid-eastern region of the United States.

At least six people died when a warehouse of e-commerce giant Amazon in Illinois partially collapsed, to which we must add two deaths in Arkansas, one of them in a nursing home, four more in Tennessee and another two in Missouri.