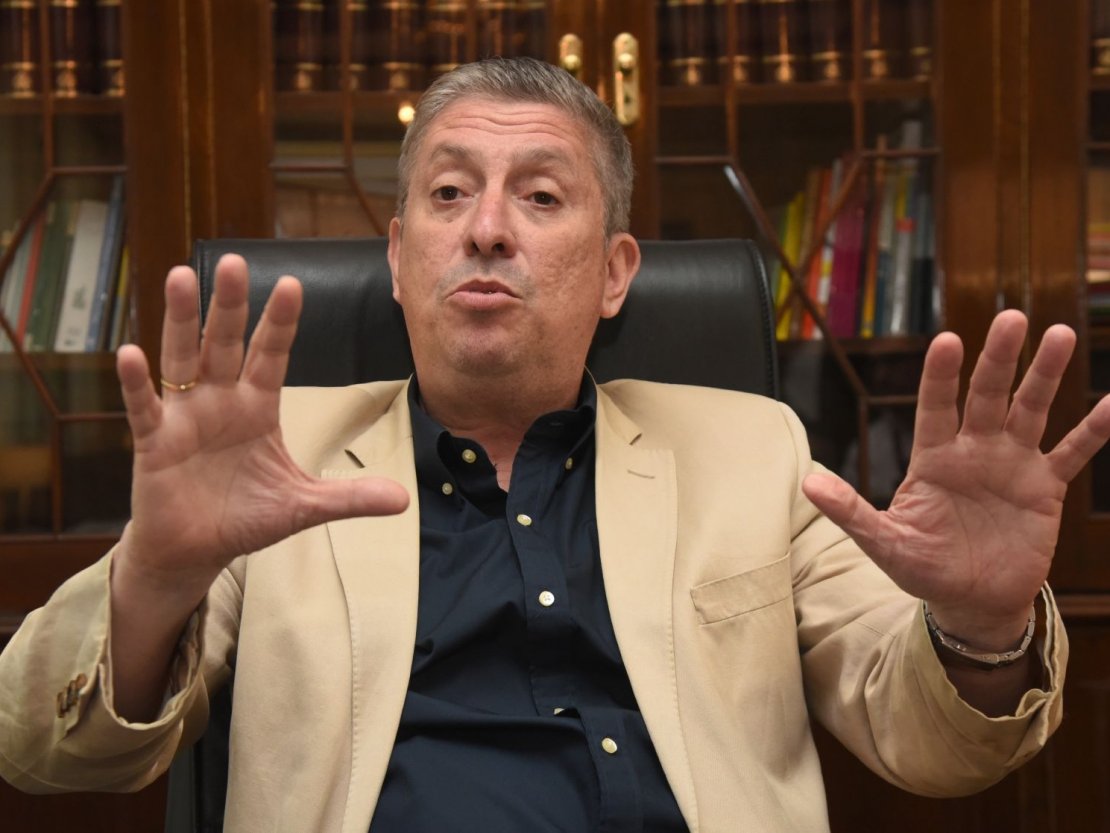 – How do you see the use of electronic voting and unlocking for next year?

–2020 will be a year of great challenges, we are making good progress in the schedule, we are concluding the tender, the technical test was done very rigorously, and we believe that we have the right technology, based on what the law requires, preserve the secrecy of the vote, which is auditable by the same voter and not only by computer scientists, that by means of the physical proof that is deposited in the ballot box and then it will be scrutinized (the printed ballot).

–The challenge is to install trust in citizens and make it easy to understand. Do not think that you can manipulate, as much said at the time the Brazilian urn, that one marked a number but actually registered another. Now the information is in a physical format, which will be scrutinized by the board members, proxies and party observers, and the minutes are also printed, which will overcome the problem of cross-outs, corrections, or errors in the sum that can be given on purpose or involuntarily.

– How do you think citizens will react with these changes to the system?

– I see it as something positive, because possibly with the preferential option and the incorporation of more technology, it will motivate a greater participation, especially in the young establishment, which is where we see statistically that the age range of 18 to 30 years who vote less percent speaking.

– How will it affect all these changes?

-At the end of the year 2020 we will make the evaluation among all Paraguayans and we can say if the change of the system was positive or not, or to what extent, that will already be a political evaluation that we have to do, if the system worked of the unlocking, if the quality of politics improved, which is one of the great criticisms, and not only in Paraguay, but worldwide, the great discredit of the political class, that's why so many outsiders appear, that's why many parties have missing.

–How did you decide to rent and not buy the voting machines?

-First for a budgetary issue, buying involved a sum between USD 60 and 80 million, and we talked about it with the Treasury, but we ourselves chose to lease because that way we were not prisoners of a company for a long time, second, because the Technology is moving fast and so we can change by 2023. We are very confident in what we choose, and with the Treasury and Parliament we achieve a reasonable budget, it is tight but we know that because of the country's situation we cannot waste money.

–How do you plan to promote training for people and board members of the parties?

– We want to have a significant amount of machines for training by February, which has to be intense, we want to sign agreements with the President of the Republic and the powers of State to face as a national training campaign for the new electoral system, because it is a change in the philosophy of doing politics in the country. In the future, each candidate will have to make their own political campaign, because within the same list, the one above and below is your competitor.

–How is the experience of other countries?

– This is much discussed at the international level, most Latin American countries keep their list closed, Argentina, Uruguay, Brazil does have an open system, as do Peru and Colombia. Here we must understand that the electoral system, in order to be efficient and give results, must be the one that best suits the idiosyncrasies of each country.

– How do you see the region?

– I always quote the case of Uruguay, with a code of 50 years ago, but with such great respect to the point that in the last elections, where the difference was negligible, and nobody discussed anything. I also want to mention the issue of the fragility of the institutions, where again the electoral organisms begin to occupy a preponderant role to be the first containment barrier, and I speak of Bolivia, which was a dramatic case, a country with its internal conflicts but with a stable economy, and a serious error in electoral matters of his supreme court, perhaps influenced, caused the political support of the president to fall in a few hours. When there is no autonomy to make decisions, institutionality is in danger … In an era of high stability, such as what happens in Chile, Ecuador, Colombia, the role played by electoral bodies in preserving democracy is very important.

– Do you see this mixed system (digital and ballot) as more convenient?

–This is a different system than what we know as an electronic ballot box, because it leaves a physical receipt to be scrutinized. It also allows you to print the minutes that we are going to scan for the TREP system (quick count). The law virtually requires this system and also requires that the ballots be preserved, it does not say how long, but minimally it will be until the conclusion of the trial, so that if any doubt arises with the minutes, you can bring the newsletters and return to count if necessary.

– How do you see other countries?

– In Brazil there is almost no public and audited scrutiny, the vote concludes and the result is transmitted, speed is gained, and in many of use already installed trust, there are some questions, but we talk about 140 million voters and for the 11 of the night they have 100% scrutinized. In India they also have electronic voting and the largest electorate in the world, and it takes a few days to get the final result. In the US, each State determines the way of voting, some use mixed, others give to choose, in the last elections, 65% voted with an electronic ballot box, the percentage used is increasing. In May of next year, in the Dominican Republic, they will vote with an electronic ballot box. In Mexico, it is used in some states, some say it is inevitable, we think it was best to go gradually, but we accept the challenge.

The quality of politics is one of the great criticisms worldwide, the great discredit of the political class, that's why so many outsiders appear, that's why many parties have disappeared.

In the future, each candidate will have to make their own campaign, because within the same list, the one above and below is your competitor.