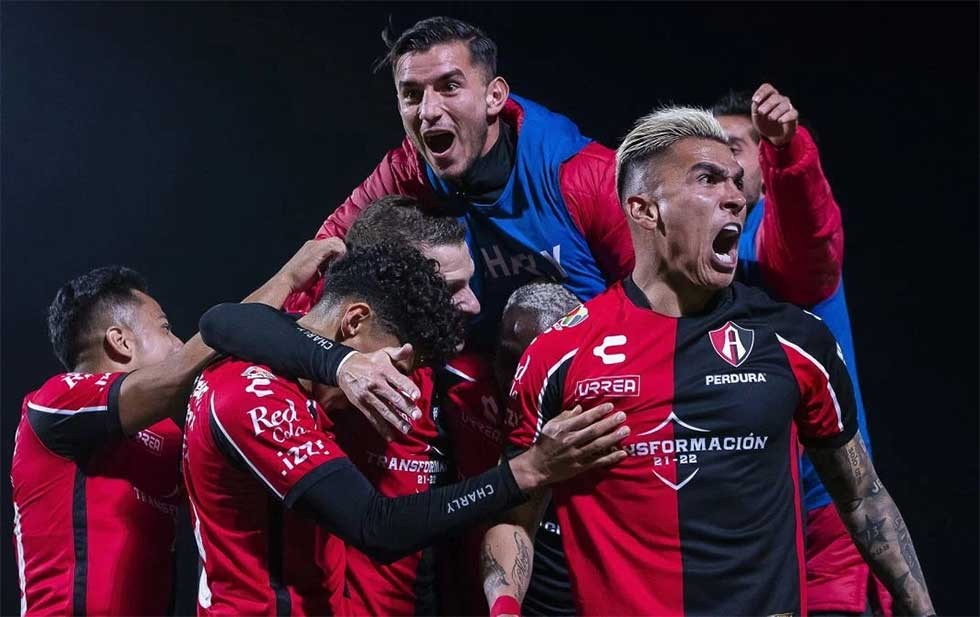 MEXICO CITY (AP) – Argentine forward Juan Dinenno scored the goal with which Pumas achieved a 1-0 victory over Atlas on Sunday, which despite the setback, got his pass to the final of the Mexico Apertura tournament thanks to his best position in the classification.

Dinenno took advantage of a hesitation by Colombian goalkeeper Camilo Vargas to score the only goal of the match at 76.

The series ended tied 2-2, but the Foxes reached the final because they were second after 17 dates and Pumas was 11th.

Atlas will face León starting Thursday at the León stadium and will close the series at the Jalisco stadium next Sunday.

The dates are fixed according to the regulations, and the schedule of each meeting will be announced on Monday by the Mexican Soccer Federation.

With the win, Atlas is back in a final after Winter 99, when he lost on penalties to Toluca, and hopes to break a title drought dating back to the 1950-51 tournament.

Pumas, who ended the game with 10 players due to Dinenno’s expulsion at 90, was looking to reach his first f inal since last year’s Apertura when he lost to León and will have to wait at least one other tournament to get his first title since the 2011 Clausura tournament. .

Atlas dominated possession and scoring opportunities in the first half. The first of them came just eight minutes later with an attempt by Jairo Torres that went wide.

Torres himself was close to 20 with an attempt that goalkeeper Alfredo Talavera saved with difficulty.

The Pumas goalkeeper was again a factor at 34 with a deflection after a low shot and then he was attentive to a scissor shot from Aldo Rocha, who at 39 had a hand in hand with the university goalkeeper that he could not solve.

Pumas, who had arrived little, took the lead when Efraín Velarde took a shot from outside the area that was rejected by the Colombian goalkeeper Vargas and the rebound was left to Dinenno, who in front of the goal and in the small area did not he forgave and put the visit in front of him.

Atlas was close to the equalizer a couple of minutes later when Argentine Julio Furch finished inside the area and his attempt crashed into the left post of the Talavera goal.

At the end, Dinenno was sent off for a kick inside the area on Jesús Angulo, who was knocked out after the blow and was treated on the field.

Angulo got up on his own feet and after a few minutes returned to the game.