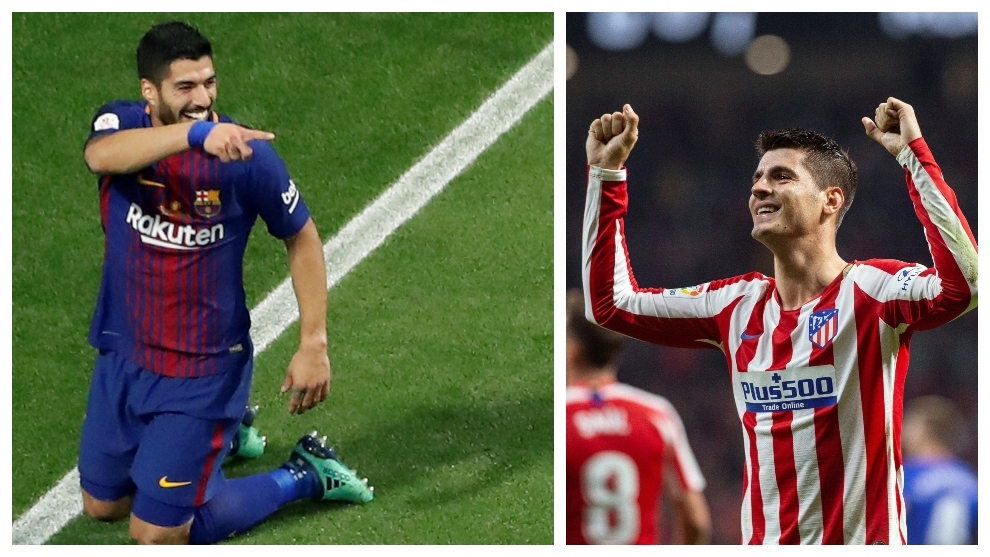 Atletico Madrid More goals for Barcelona than Morata as a professional

Luis Suarez arriving at Atletico Madrid from Barcelona brings goals, in fact it’s worth noting that he has massively outperformed Alvaro Morata over the course of their respective careers.

Morata has talent, everybody recognizes that, but he has never been able to forge a position for himself as the go-to center forward at any of his previous clubs, there is always a tinge of doubt over the Spaniard and this manifests itself when he misses a golden chance.

Diego Simeone has been desperate to add a world class forward to replace Antoine Griezmann, and he thought he had it with Diego Costa, but the Spaniard’s second spell with Los Colchoneros hasn’t lived up to expectations.

Morata did well for a time, but nothing more, and the pressure on Joao Felix heading into the 2019/20 was simply unfair.

In Suarez’s six seasons with Barcelona he has scored 198 goals, which is more than Morata has managed in his entire time as a professional with the Spaniard boasting a far less clinical 116.

Suarez played just 283 matches to reach that figure, whilst Morata has played 339 over the course of his professional career, although the Uruguayan has generally played in a more creative team at the Camp Nou.

It’s not even the case that Suarez is greedy either, because he has added 74 assists during his Blaugrana career and Morata has only managed 40 as a professional.

Simeone is getting a total upgrade at a key position and it’s one he’s been desperate for, especially over the last 12 months.