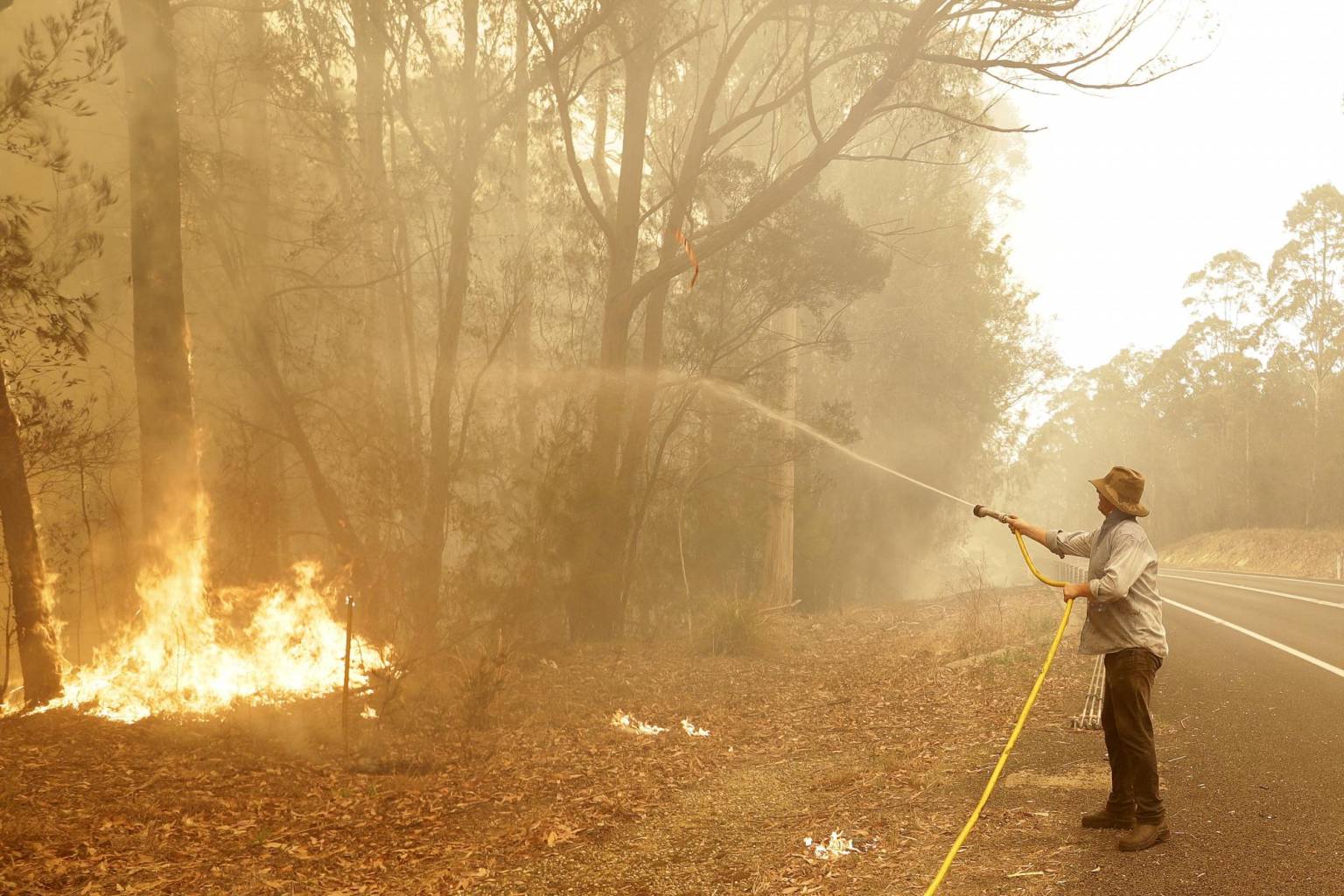 SYDNEY (AP) – Australia's prime minister mobilized some 3,000 reservists on Saturday while the threat posed by fires was exacerbated in at least three states with two new deaths. High winds and high temperatures are expected to bring the flames closer to more populated areas such as the suburbs of Sydney.

Scott Morrison confirmed a total of 23 deaths so far this southern summer, including the last two, recorded in a fire on a road in Kangaroo Island, on the coast of the state of South Australia.

"We are facing another 24 hours extremely difficult," said the president in a televised press conference. "In recent times, especially in the course of this week, we have seen how the disaster reached a whole new level."

Morrison also announced the cancellation of his visits to India and Japan later this month. He was scheduled to travel to India from January 13 to 16 and Japan immediately after. The prime minister was criticized for going on vacation with his family to Hawaii in December, in the midst of a fire crisis.

"Just half an hour ago, the governor general signed the call from the Australian Defense Force Reserve to seek and exploit all possible capabilities by deploying army brigades in fire-affected communities," he said.

The government committed 20 million Australian dollars (14 million dollars) to rent four firefighting planes during the crisis, and ordered that the HMAS Adelaide, equipped with a helicopter, help evacuate the areas ravaged by the flames.

The danger of fire increased in a day with record temperatures in which the thermometers exceeded 43 degrees Celsius (109 Fahrenheit) in the capital, Canberra, and 48 C (118 F) in Penrith, in the western suburbs of Sydney.

New South Wales Prime Minister Gladys Berejiklian said her state faces "another terrible day" and asked the people of the threatened areas to flee while they can.

"I am pleased to note that we had never been as prepared as we are today for the onslaught we may face," Berejiklian told a news conference on Saturday. “All the main roads are still open, but we cannot guarantee that this will be the case in a few more hours. So there is still an opportunity for people to leave. ”

The deadly Kangaroo Island fire overflowed the containment lines on Friday and was described as "virtually unstoppable" while sweeping buildings and burning more than 14,000 hectares (35,000 acres) of the Flinders Chase National Park.

New South Wales Rural Fire Deputy Commissioner Rob Rogers warned that the flames can move "terrifyingly fast." The coals moved by the wind have the potential to cause new fires or extend existing ones.

"Unfortunately it is very possible that we lose homes, but we will be very happy and it will be a success if we do not lose lives," he said.

Rural Fire Department Commissioner Shane Fitzsimmons said the 264,000-acre Green Wattle Creek fire that burns in a national park west of Sydney could spread into the suburbs of the city.

"There is a possibility that the fire will spread through the dam (Warragamba) and into the western suburbs of Sydney," he said. "The llamas have the potential to approach more populated areas in the afternoon."

The crews have done an "extraordinary job" of causing controlled fires and using aircraft and machinery to try to contain the flames, said Fitzsimmons, who urged residents and tourists who are on the path of the fires to evacuate as soon as possible.

In the state of New South Wales there were more than 130 active outbreaks and at least half of them burned out of control. According to the weather forecast, in some parts of the region temperatures of around 45 C (113 F) could be reached with strong winds and low humidity.

In neighboring Victoria, a total of 48 fires affected about 320,000 hectares (791,000 acres) and conditions are expected to worsen with southern winds.

The devastating and early wave of fires has burned about 5 million hectares (12.35 million acres) of land and destroyed more than 1,500 homes.