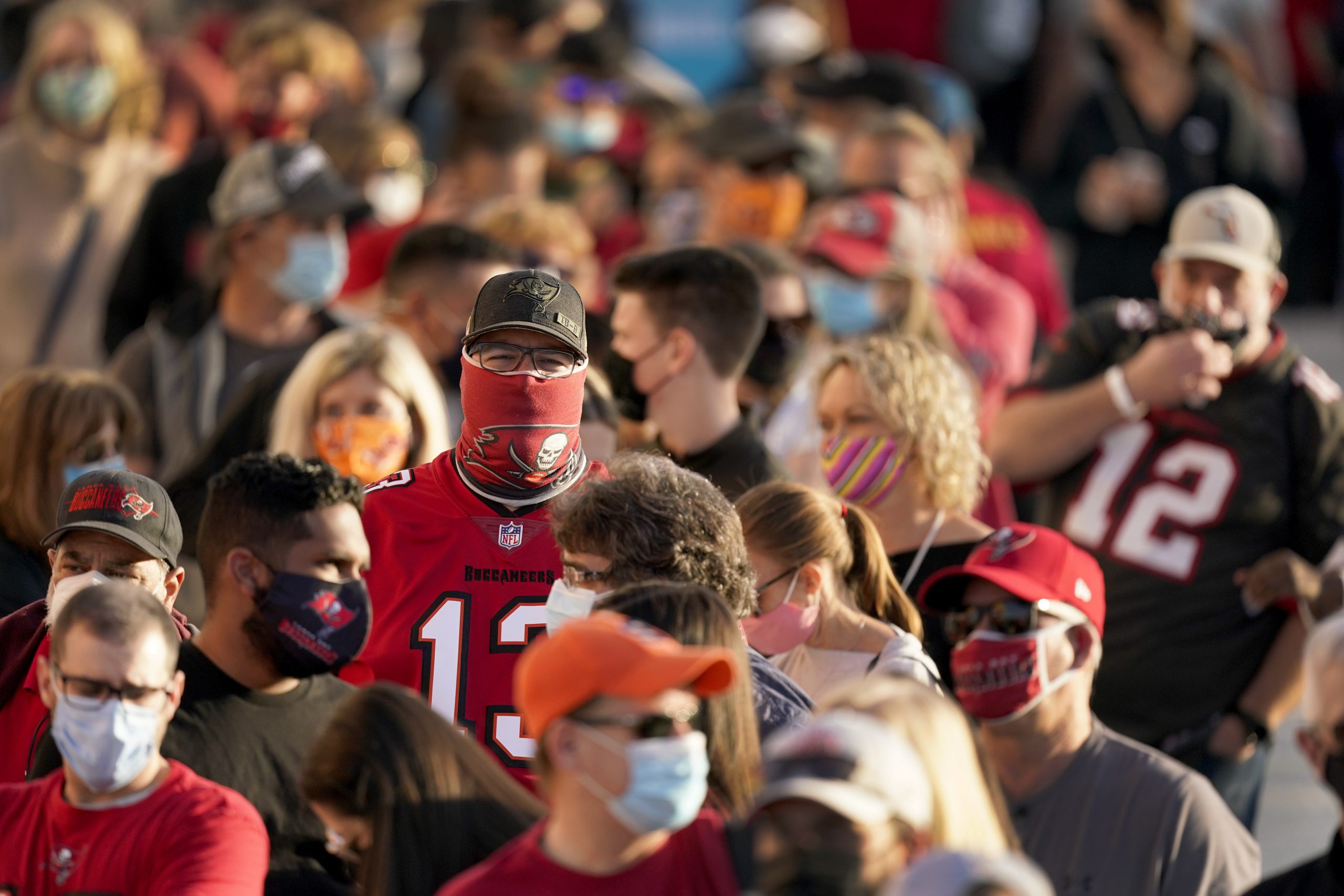 Kansas City Chiefs fan Ty Rowton hugged strangers on the streets of Miami last year after his team won the Super Bowl and then joined hundreds of thousands of fans back home for the parade of victory, thinking little of a mysterious virus that his friends were just beginning to talk about.

The championship seems to have happened a long time ago. Now the Chiefs are preparing to play in the Super Bowl again, and the virus has morphed into a pandemic that has health authorities on edge as fans gather at parties and bars for the NFL game. .

Top US health officials this week warned of the possibility of the Super Bowl becoming a mass-spread event, and urged people to watch their friends on Zoom and not host large gatherings.

“I’m worried about the Super Bowl, to be honest. People get together and watch the games together. We’ve already seen outbreaks around the holidays to watch football, ”said Rochelle Walensky, director of the Centers for Disease Control and Prevention. “So I really think we need to look at that and be careful.”

The Super Bowl comes at a time when the nation is seeing a drastic decline in new coronavirus cases, a sign that the post-holiday season spike in infections is slowing. So far, more than 459,000 people have died of COVID-19 in the United States, but the seven-day average of new cases went from 180,489 daily infections reported on January 22 to 125,854 reported on Friday, according to data from Johns Hopkins University.

Health authorities fear the match could cause outbreaks at a bad time. Just a few days ago, a case of the new variant of the coronavirus, which spread rapidly to Britain, was recorded in Kansas after cases were reported in several more states. Other highly contagious variants have also made scientists nervous. States are speeding up vaccination efforts before the variants become widespread and other mutations emerge.

After a long year of lockdowns, it remains to be seen whether Americans will heed the warnings for an event that was seen by more than 100 million people last year. The fact that Tom Brady is looking for his seventh Super Bowl ring against all-star Kansas City quarterback Patrick Mahomes only adds to the intrigue surrounding the game.

Rowton, who attends games wearing an arrowhead on his head and a player-signed cape, will not be hugging strangers this year. But he will also not heed the recommendations issued by the health authorities: He plans to go see the game in a friend’s basement and he will not be wearing a mask at the meeting of about 10 people.

“I have lost a lot more people because of the drugs that have relapsed, so for me it is one of those cases where I cannot live in fear because if I do that, I will probably relapse and drink again, and that will surely end up killing me” said Rowton, a recovering alcoholic who played 329 straight home games before ending that streak this season.

The match will be played in front of some 22,000 in Tampa, many of them health workers who have already been vaccinated against the coronavirus.

In Tampa, Mayor Jane Castor announced a temporary order requiring masks to be worn outside of various popular hangouts. The ordinance states that violators could be fined $ 500 as a “last resort.”