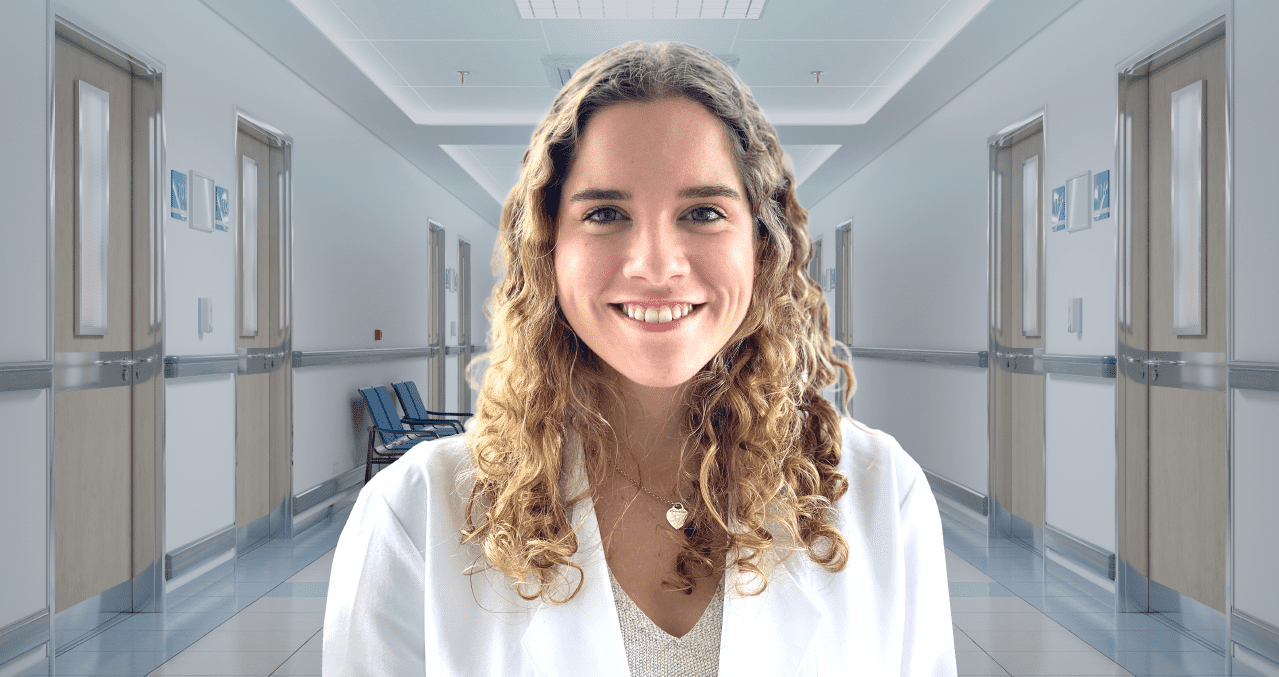 Marielisa Cabrera Sánchez, a second-year student at the School of Medicine of the Medical Sciences Campus (RCM) of the University of Puerto Rico (UPR).

The research of Marielisa Cabrera Sánchez, a second-year student at the School of Medicine of the Medical Sciences Campus (RCM) of the University of Puerto Rico (UPR) entitled “Genomic Adaptation of Moraxella catarrhalis During Persistence in the Airways of Chronic Obstructive Pulmonary Disease Patients “, studies Chronic Obstructive Pulmonary Disease (COPD), which is the third leading cause of death worldwide. The findings of this important research could lead to the development of new treatments and vaccines against the disease.

“I discovered that the M. cat bacterium persists in the airways of COPD patients by modifying its genome. I was even able to identify which genes M. cat modifies most frequently. These genes encode proteins responsible for adhesion to the epithelium of the human respiratory system. Still more importantly, I discovered the genetic mechanism by which M. cat generates these modifications to be able to persist in the airways. These findings are fundamental for the development of vaccines and therapeutic proteins in order to reduce the morbidity and mortality of COPD “, he explained Marielisa.

“This feat demonstrates the talent, academic excellence and skills of the students of the UPR School of Medicine, and all the goals that they can achieve from the education, research and clinical service platform provided by the Medical Sciences Campus. We are proud of students like Marielisa, we congratulate her for this great achievement and we wish her many successes in her professional career “, expressed Dr. Humberto Guiot.

For her part, the student stated that during this study she analyzed the genomes of more than 150 cultures of the Moraxella catarrhalis bacteria isolated from patients with Chronic Obstructive Pulmonary Disease (COPD) using bioinformatics programs.

This year, the “Research Challenge of the American Medical Association” initiative received 1,100 research projects to be evaluated. This is the largest national multidisciplinary research competition in the United States for medical students, residents, and fellows.

Among these projects, the research carried out by the student was one of the five projects that had the highest number of votes to pass to the national finals that will be held on December 8, 2021, at 9:00 p.m., at via YouTube.

Dr. Hervé Tettelin, Professor of Microbiology and Immunology at the Institute of Genomic Sciences at the University of Maryland School of Medicine, said that “it has been a very rewarding experience to mentor Marielisa remotely over the summer. She accepted the challenge. of bioinformatics of big genomic data with ease and remarkable dedication, making breakthrough discoveries that set the path for potential new therapies against COPD. These results, combined with Marielisa’s exemplary data integration and presentation skills have prompted her to the final!”.

According to Dr. Timothy Murphy, SUNY Distinguished Professor at the University of Buffalo (State University of New York), “It was great to have Marielisa as part of our NIH-funded T35 training grant last summer. Without a doubt, Marielisa managed to do impressive work that will lead to the identification of new therapies and vaccines for bacterial infection in COPD.To be chosen as one of the five finalists among 1,100 applications from medical schools across the country demonstrates the stellar work that she achieved. Marielisa has a promising career as a future doctor and scientist. ”

As part of the project, Dr. Murphy brought his expertise in microbiology and COPD; while Dr. Tettelin worked in the areas of bioinformatics and microbial genomics.

With information from Press Release