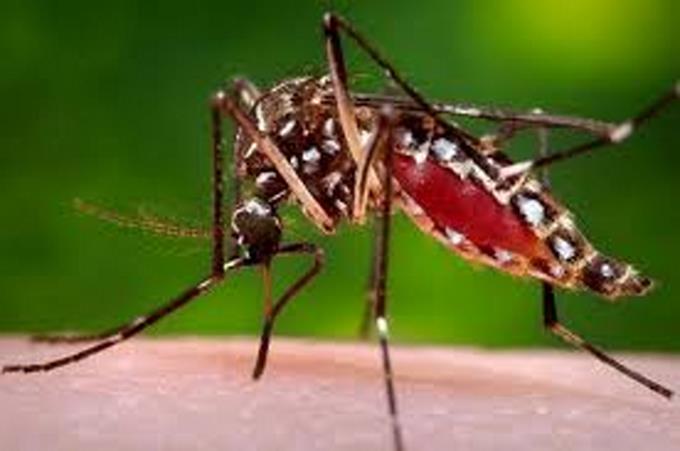 A laboratory in the Brazilian city of Rio de Janeiro is reproducing dengue-resistant mosquitoes whose young, infected with a bacterium, could have a profound impact on the fight against the deadly virus, which this year has expanded throughout the country.

Scientists are using Wolbachia, a common bacterium among insects, except in the Aedes aegypti mosquito that transmits dengue, to reduce the spread of the debilitating virus and other diseases, such as Zika and Chikungunya.

Since 2015, the Rio Fiocruz Institute has been producing mosquitoes infected with Wolbachia and releasing their young in the densely populated Rio de Janeiro city and its neighbor, Niteroi.

The hope is that they spread the bacteria by breeding with wild mosquitoes.

Wolbachia stimulates a mosquito's immune system, which makes it less likely to get dengue.

But if the mosquito contracts dengue, Wolbachia makes it harder for the virus to grow inside the insect and spread to humans.

So far, the results are promising. The scientists involved in the trial report a "significant reduction" in cases of dengue and chikungunya in specific neighborhoods.

Evidence shows that more than 90% of mosquitoes in areas where the first infected insects were released more than three years ago have the bacteria.

But Wolbachia is not the magic cure to eliminate dengue, explains Luciano Moreira, head of the project in Brazil.

"Where there are people, there are mosquitoes," he explains surrounded by hundreds of tubes with thousands of mosquitoes infected with Wolbachia.

"We always say that we are not the solution, it must be an integrated process made together. People have yet to destroy the breeding sites at home," adds Moreira.

Brazil is one of several countries that are conducting trials of the so-called Wolbachia method, which began in Australia in 2011 to combat the virus that infects tens of millions worldwide.

The process does not imply a genetic modification of mosquitoes, which has already been tested in Brazil and elsewhere, with failed results.

Thousands of mosquitoes carrying bacteria at the Fiocruz Institute are descendants of insects originally infected with Wolbachia from the Australian Monash University.

Brazilian insects are kept in small boxes in a room with controlled temperature and humidity.

During their brief lives, which can last up to 100 days in the laboratory, mosquitoes mate multiple times.

After that, the females eat human blood supplied by a blood bank and then lay their eggs on the surface of the water contained in plastic containers.

The eggs, which inherit Wolbachia from females, are harvested and transferred to large test tubes.

Any type of blood works, but ideally, it is fresh.

In two weeks, infected offspring have already become adults and are ready to be released.

The Brazilian Ministry of Health plans to expand the program to municipalities in other parts of the country to see if similar results can be obtained in different environments.

But due to budget cuts by the state and federal government, no more mosquitoes carrying Wolbachia will be released in Rio or Niteroi after December, says Moreira.

The decision comes at a time when Brazil is seeing an increase in the number of dengue cases, which causes fever, rashes, nausea and in some cases, death.

More than 1.4 million cases were registered in the first eight months of the year, an increase of 600% compared to the same period of 2018.

Moreria attributes the increase this year to the return of dengue type two, which had not been seen in Brazil for years, which means that many people have no resistance.

Non-seasonal rain and high temperatures are also feeding the outbreak, says the Ministry of Health.