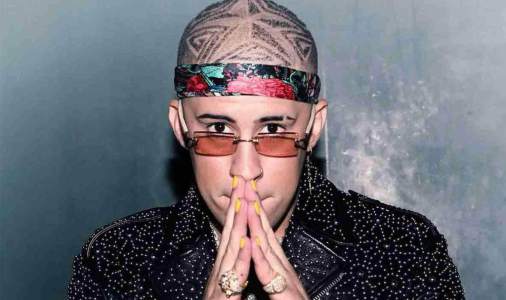 Singer Bad Bunny appeared by surprise this Thursday at an institute in the city of Hialleah, in Miami-Dade County, to announce a scholarship program aimed at low-income Hispanic students, whom he recommended not to drop out even for the music.

The famous reggaeton called on the 300 students gathered in the auditorium of the institute "to continue studying and give the best of oneself to succeed in life."

Read more: Rihanna reveals that she refused to act in the Super Bowl: "I couldn't sell myself"

It is the first time that the Puerto Rican artist joins the HACER student assistance program, funded by the McDonald's fast food restaurant chain.

"Supporting movements like this is the best contribution we can make to society and, especially to children and young people, who are being trained and come with strength," said the artist during an interview with Efe minutes before going on stage.

Bad Bunny told the young people that he completed two years of the Bachelor of Communications at the University of Puerto Rico with the idea of ​​having a "plan B" in case things in the world of music did not end up going as expected.

"I do not recommend that you drop out of school to devote yourself to music, you have to keep in mind the dream and the goal of music, but without deviating from studies or another professional career," he said.

Read more: Demi Lovato mourns the death of one of her friends because of addictions

In that line, he recalled that all athletes in the United States Basketball League (NBA) are required to go to college first and thus start playing in championships, and insisted on the "importance of continuing to learn."

The popular interpreter of "Callaíta" and "We are doing well" went to Hialeah High School, an institute very close to the city of Miami, where most of the students have Latin roots.

"I am glad to know that my figure can serve to encourage young people to go to university and that, in addition, some of them may even receive help from the DO program," he said.

Thanks to this scholarship, whose enrollment period ends on February 5, about thirty Hispanic students can study at a university in the United States.