The small donor event will be yet another test of whether Obama is able to transfer his popularity to Biden, his former vice president who now aspires to occupy the White House. It is the start of what the Obama team calls a crowded agenda, as it will try to help not only Biden but also Democratic candidates for both houses.

Obama sometimes had trouble propping up other Democratic candidates. When he was in the White House he lost the majority in the lower house in 2010 and in the Senate in 2014, but in the Donald Trump era, Democrats believe that Obama is especially attractive to blacks and young voters.

“There are two groups of voters that Biden needs to mobilize,” said Dan Pfeiffer, former director of communications for the White House. “There are the 4 million Obama voters in 2012 who abstained in the 16th and Obama obviously has them. In addition, we must convince those who voted for Barack Obama in 2012 and for Trump or a third candidate in 2016 and obviously Obama has a lot of drag between them. “

Obama backed Biden with a video message in April, but other than that he maintained a discreet presence during the primaries and avoided ruling on national politics, but in recent weeks he has reappeared in public to talk about police action and civil unrest. which followed the death of George Floyd at the hands of the Minneapolis police.

Some Democrats say that after Floyd’s death, Obama’s voice as party leader and promoter of Biden’s candidacy needs to be heard.

“Biden does not have a long history of criminal justice reform, so Obama’s presence helps reinforce the position,” said Ben Tulchin, a contributor to progressive senator Bernie Sanders’ presidential campaign. 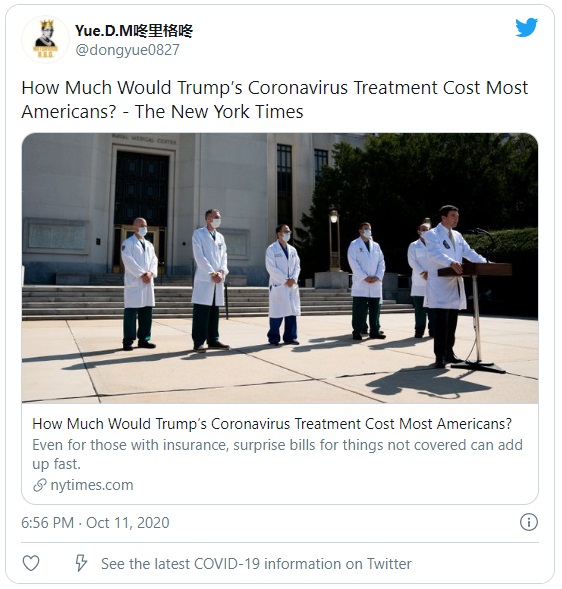 How Much Did Trump Use Experimental Covid-19 Treatment?