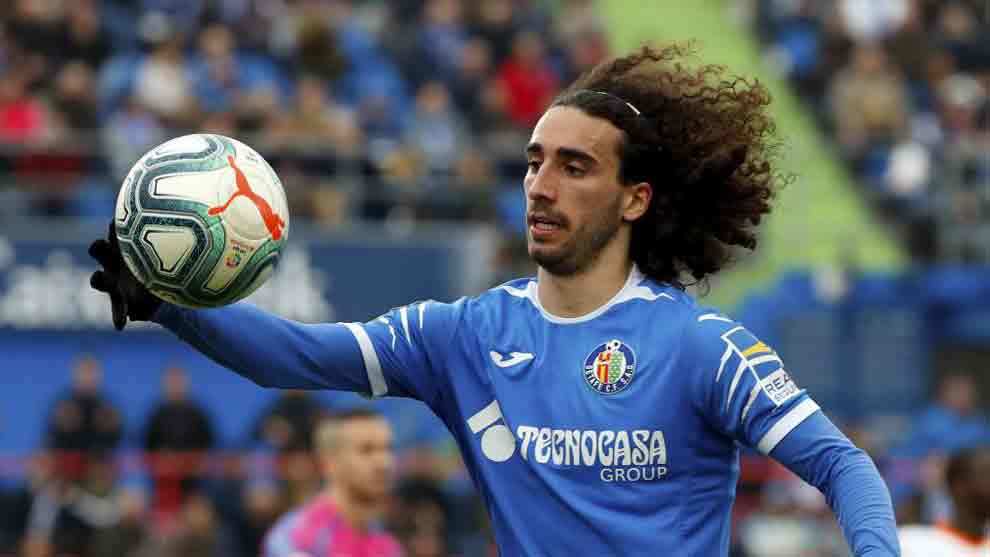 Barcelona On loan at Getafe from the Blaugrana

As Marc Cucurella prepares to face his parent club Barcelona on Saturday with his high-flying Getafe side, the La Masia graduate spoke of the club’s neglect of youth in recent times.

The 21-year-old is on loan with Getafe who are currently third in the table, one place behind the Catalans, and is hoping to prove a point at the Camp Nou.

“We have already seen that more than one team have made Barcelona suffer [at the Camp Nou this season], “he said during his pre-match press conference.

“I think we are doing well, we are working to find those little ways to create difficulties.

“We want to get a positive result.”

Much has been made in recent years about Barcelona’s neglect of their youth academy, with many talented stars not being given opportunities in the first team, as Cucurella knows only too well.

“I think that, at Barcelona, ​​it is all about winning,” he stated.

“They do not have the patience they once had [with young players].

“As an academy graduate, they do not give the opportunities that [youngsters] deserve

“In football, the important thing is to win but there is more value when you win after having been patient.”

As Barcelona look to make an emergency signing to help fill the void of Ousmane Dembele and Luis Suarez, one of the names earmarked is Getafe’s Angel Rodriguez.

“I think he has proven that he is a great player,” Cucurella said of Angel.

“All great players are welcome.

“If he goes to Barcelona, ​​he should enjoy it because there are great people and he can learn a lot from them.”

When asked about getting a draw at the Camp Nou, Cucurella mentioned that he and his team had other ideas.

“Our philosophy is to win, it is a complicated game, they are one of the best teams in the world.

“We are fine, we are preparing for the game and planning it with good people.

“There are three points at stake and we will go for them but if, circumstantially, we end up with a point, it will be good,” he added.