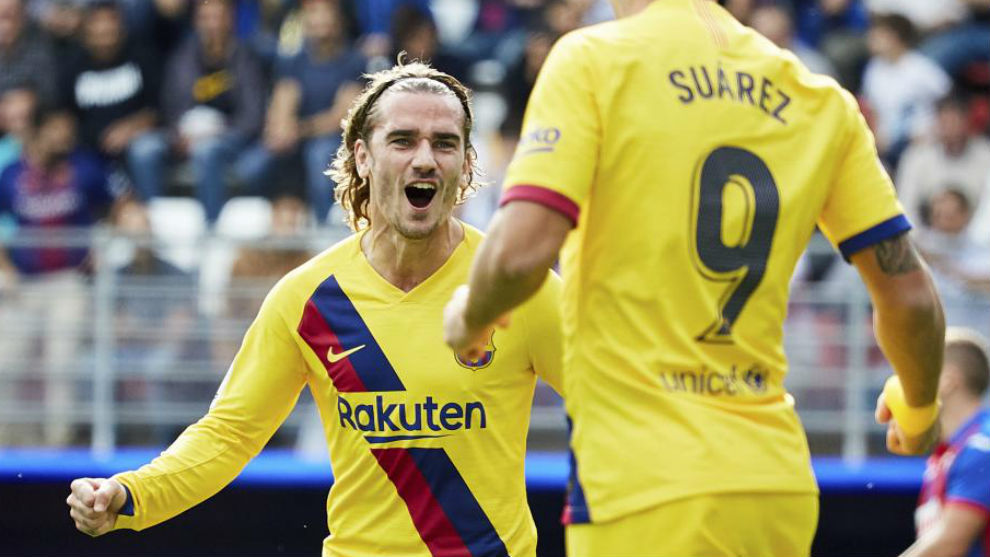 Barcelona also revealed the background to his goal

Barcelona were able to defeat Eibar 3-0 on Saturday afternoon with goals from Antoine Griezmann, Lionel Messi and Luis Suarez.

It was the first time each member of the MSG trident had scored in the same match, but Griezmann believes they can develop their understanding even further.

"There will be good days and bad days," he said in a pitchside interview after the match.

"I've just arrived and I need to get used to this.

"We need to understand each other even better, but that will come with minutes and matches."

The Frenchman went on to speak about the game as a whole and said that he and Clement Lenglet had spoken about long balls before his opening goal arrived in that manner.

"The three points were important because it can be difficult after an international break," the forward said.

"But we had a good game and now we can think about the Champions League.

"We knew that [Eibar] pressed high, so I'd said to Lenglet to put the ball into space near me if he saw me near the full-back, and that's what happened.

"We created a lot of chances with good passes."