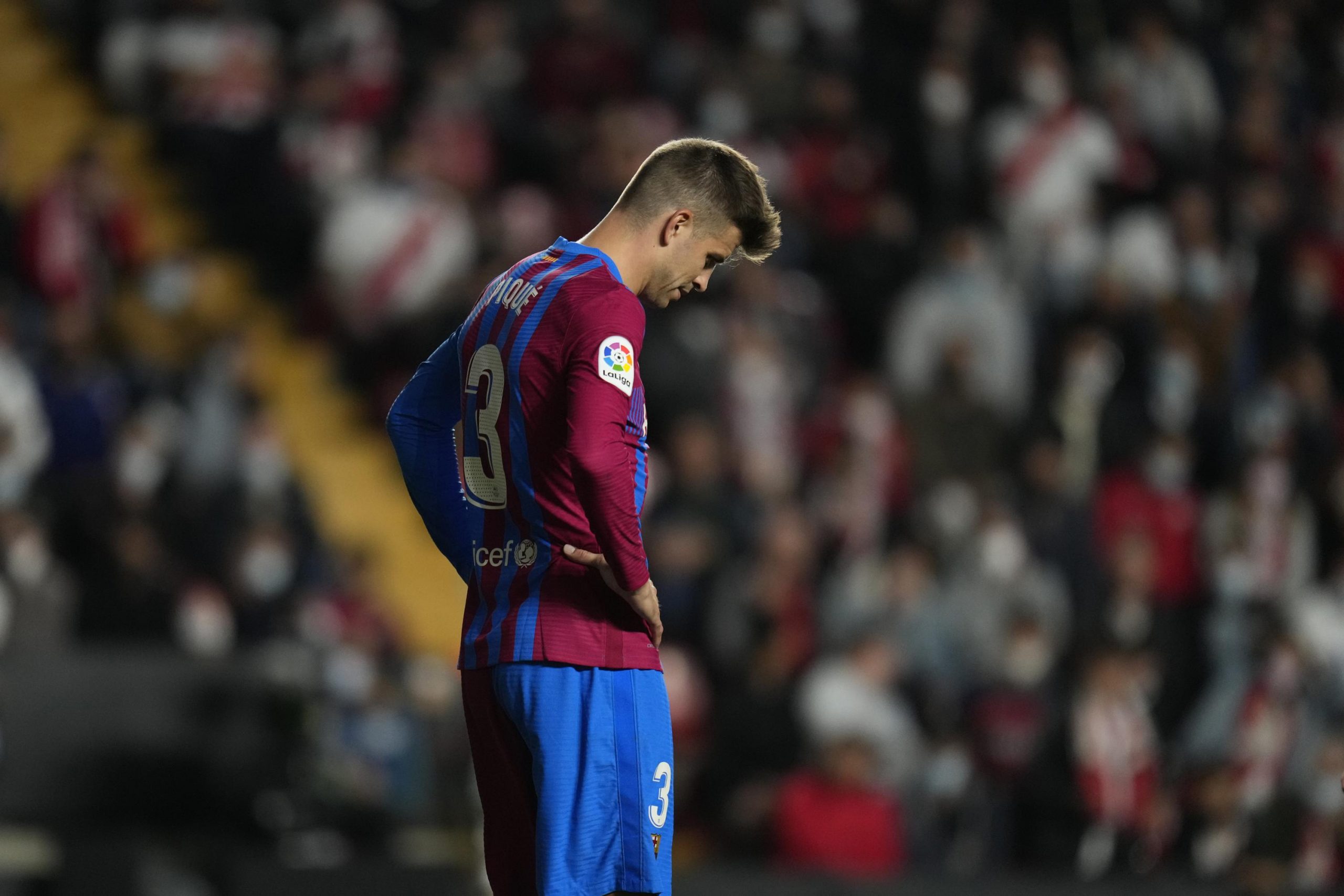 BARCELONA (AP) – Sergi Barjuan will get his first chance to coach Barcelona at the Camp Nou in the visit of Alavés on Saturday.

It may be the last.

The Barça B subsidiary coach was promoted to take over the team after the dismissal of Ronald Koeman. Barjuan inherited a team that ranks ninth in the Spanish League after successive defeats against Rayo Vallecano and Real Madrid, and has been dealing with a goal drought since the departure of Argentine star Lionel Messi.

The club could have the chance to give several starting players a break and still score three points against a modest rival like Alavés. But now it has turned into a clash of great importance, Barjuan stressed on Friday.

“There is little room for work … and it is a stressful situation that must be mastered as soon as possible,” said Barjuan, who played under Johan Cruyff as Barcelona’s left back from 1993 to 2002. “I want the squad to he is reunited with joy and that we enjoy playing football ”.

“The league is still open and we cannot allow more points to escape us, especially at home,” said the 49-year-old strategist.

As for the game against Alavés, Barcelona president Joan Laporta said that Barjuan could possibly lead the next match in the Champions League next week at the home of Ukraine’s Dynamo in Kiev. Barcelona need to win that match to improve their chances of avoiding a group stage elimination for the first time in two decades.

Laporta added that the Barça club will not rush to look for a coach amid reports that mention former player Xavi Hernández as their favorite candidate.

The only thing that favors Barcelona at the moment is that most rivals are not fully taking advantage of the slump that cost Koeman his job.

Real Sociedad is the only team that, at the top of the table, remains constant.

Sociedad has not lost in 13 games in all competitions since its loss in its first game of the season. He faces an always heated challenge in the Basque derby on Sunday with Athletic Bilbao’s visit to San Sebastián.

Real Madrid visit Elche on Saturday after being stopped in a goalless draw with Osasuna at the Santiago Bernabéu.

Carlo Ancelotti’s side has barely a win in its last four La Liga games, a poor performance that has allowed Barcelona to stay in the fight just six points behind.

“We also need to work on the offensive aspect when we have the ball and it is an aspect that can be improved,” Ancelotti said on Friday. “You work to create opportunities and against the Sheriff and Osasuna we had them, but we have to finish better, position ourselves better, put more players on the penalty spot when we are going to cross”

Atlético will not have Diego Simeone for their home game against a Betis who arrives in good shape on Sunday, after the Argentine coach was sent off with two yellow cards for complaining in the 2-2 draw at Levante’s home.