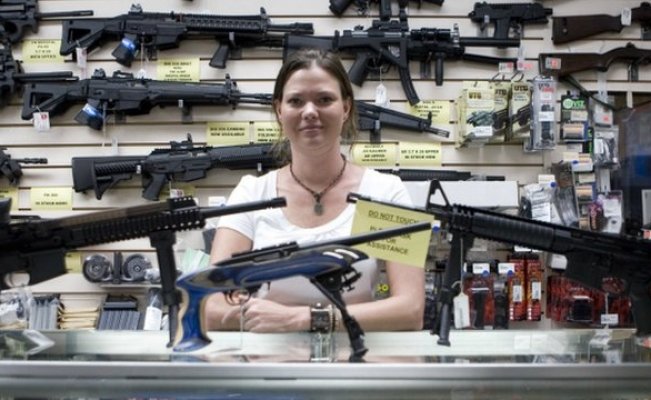 It is one of the most viewed images on social networks: vans with machine guns patrolling the streets of Culiacán, Sinaloa, during the failed operation to capture Ovidio Guzmán López, son of Joaquín "El Chapo" Guzmán.

Authorities and experts identified the weapon as a .50 M2 Browning, one of the most powerful used by the United States infantry.

But it was not the only one. On the day of the operation, on Thursday, October 17, dozens of young people roamed the city with AK47 and R15 assault rifles, in addition to 9 mm grenades and guns.

These days the attention of the Mexican media and analysts is concentrated in the battle of Culiacán.

But in reality, the use of weapons bought illegally in the United States is frequent among the organized crime of the country, which according to specialists have accumulated true stockpiles with these imports.

The CJNG attacked police with grenades and assault rifles in Aguililla, Michoacán.

An example occurred on October 17, during the confrontation of the Jalisco Nueva Generación Cartel with police officers in Aguililla, Michoacán.

The authorities found evidence that in the ambush were used .50 caliber caps like those of Barret.

It is a weapon, capable of passing through strong armor, used by elite snipers of US troops.

None of these weapons is manufactured in Mexico. According to the Ministry of National Defense (Sedena), the majority comes from armories in Arizona and Texas.

The fate of this market are organized crime gangs, as demonstrated in the Culiacán and Aguililla attacks. And the result is violence in the country.

"The correlation between the production of weapons in the United States and the rise in homicides in Mexico is very high," Eugenio Weigend Vargas, associate director of the civil organization Center for American Progress, tells BBC Mundo.

What happened in Sinaloa and Michoacán is a sample of the military response capacity that drug cartels have acquired in recent years, experts agree.

The CJNG used rocket launchers to shoot down a military helicopter.

Organizations use weapons of war in their operations, not only in the battle against rival groups but as a response to the authorities.

For example, in 2015 the CJNG shot down a helicopter from the Marine Secretariat with a Russian-made RPG-7 rocket launcher. The weapon entered the country through the border with the United States, according to official data.

In 2016, after the third capture of "El Chapo" Guzmán in Los Mochis, Sinaloa, the Marine Secretariat found dozens of assault rifles, including a Barret.

That weapon model was used in January of this year in Tamaulipas during a clash between the Northeast and El Golfo cartels that killed 21 people, according to the State Attorney's Office.

But at different times the authorities have confiscated other war artifacts.

During an operation against the La Familia Michoacana cartel, Sedena confiscated SAW 5.5 machine guns with a capacity of 700 shots. Also Remington 700 rifles used for snipers, grenades and bazookas.

The Mexican government has confiscated Barret rifles to drug cartels.

A report by the Center for Social Studies and Public Opinion of the Chamber of Deputies states that the arsenal of posters includes 47 mm grenades, for example.

Also guns considered last generation that use tracer bullets capable of piercing armor. In Mexico they are known as "matapolicías".

The Sinaloa Cartel has been confiscated bazookas and mortars used in the US military.

Some of these specimens are exhibited in the Museum of the Enervants in the central facilities of the Sedena, in Mexico City.

The growing firepower of drug cartels is one of the country's most serious problems, authorities recognize.

In fact, after the battle in Culiacán, the governments of Mexico and the United States agreed to implement a special strategy on the common border against arms trafficking.

War weapons were used in the Culiacán operation to rescue Ovid Guzman.

The operation is called "Frozen" and according to President Andrés Manuel López Obrador was part of a telephone conversation with Donald Trump after the failed military operation in Sinaloa.

According to the Ministry of Foreign Affairs (SRE), the strategy is to "seal the borders" to prevent illegal arms trafficking.

Surveillance will be applied especially in five of the main border crossing sites, where according to the Sedena the irregular passage of arsenals is concentrated.

López Obrador proposed that the United States use more technology systems, such as X-rays or metal detectors in its border crossings.

More than 200,000 weapons enter Mexico every year and 70% come from US armories, says the Defense Secretariat.

According to the SRE, 70% of homicides in the country were committed with firearms. Many are Americans.

70% of homicides in Mexico are committed with firearms.

Official estimates indicate that in the last ten years about two million firearms, of different sizes, entered the country. Of these, 193,000 have been confiscated according to Sedena.

The operation "Frozen" is intended to strengthen security at border customs where, according to the Superior Audit of the Federation (ASF) there are serious problems.

In 29 of the 49 customs checkpoints "there is no necessary infrastructure for the application of non-intrusive Recognition systems, which implies weaknesses in the operation".

The data corresponds to the report of the public account presented in 2018 by the ASF, the body of Congress responsible for overseeing the application of the budget.

Fear at the border

Customs is one of the routes through which stockpiles arrive to posters and organized crime gangs, says Francisco Rivas, director of the civil organization National Citizen Observatory.

The operation is carried out by networks capable of introducing "complete trucks" with weapons, Rivas tells BBC Mundo.

The Barret rifle is used by US troops.

"Customs are absolutely permeable, we do not have enough control elements and there is not enough confiscation of weapons."

For example in border checkpoints there are scales that detect the excessive weight of vehicles, an element to suspect that it carries weapons.

But in many cases customs agents are forced to allow trucks to pass through.

"If they stop these vehicles, there is no certainty that a criminal group will not retaliate against their families."

The fate of these cargoes are the big drug cartels, but it is not the only one.

In many cases, authorities have confiscated weapons from the United States to smaller gangs. An example occurred in the Tepito neighborhood, in downtown Mexico City.

The Secretary of the Navy and the Secretary of Public Safety confiscated the Unión Tepito group AK47, R15 rifles and a bazooka. The operation occurred on Tuesday. 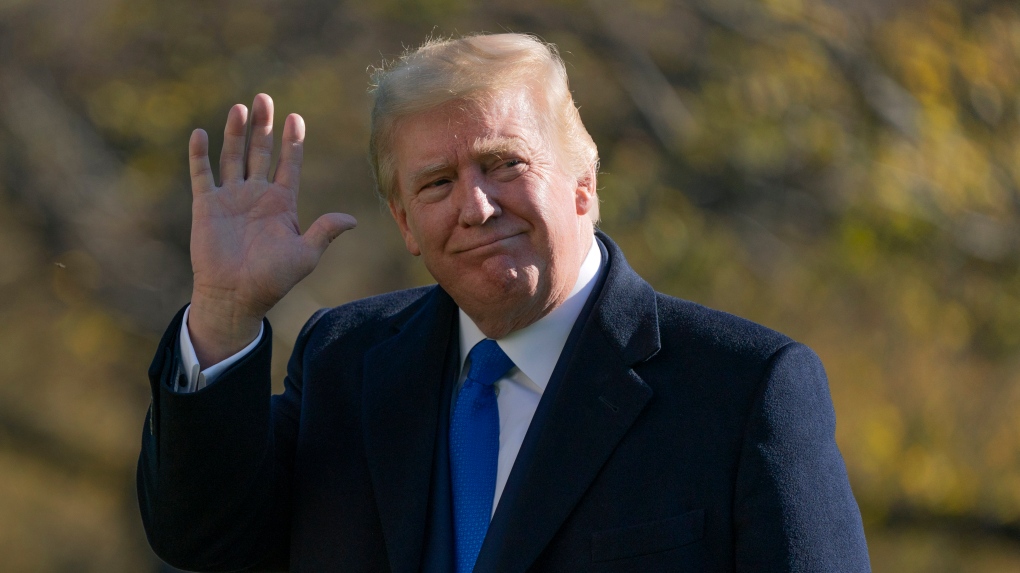 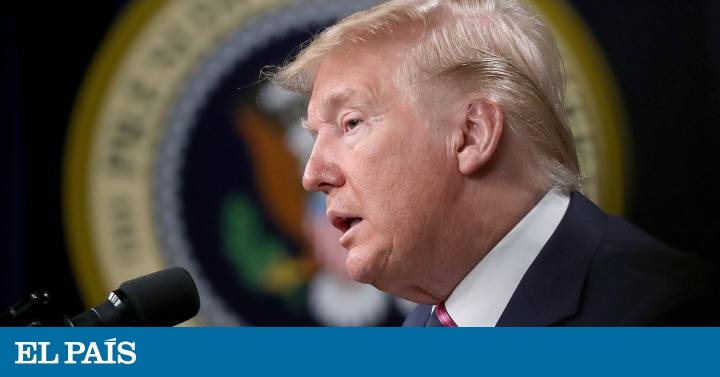