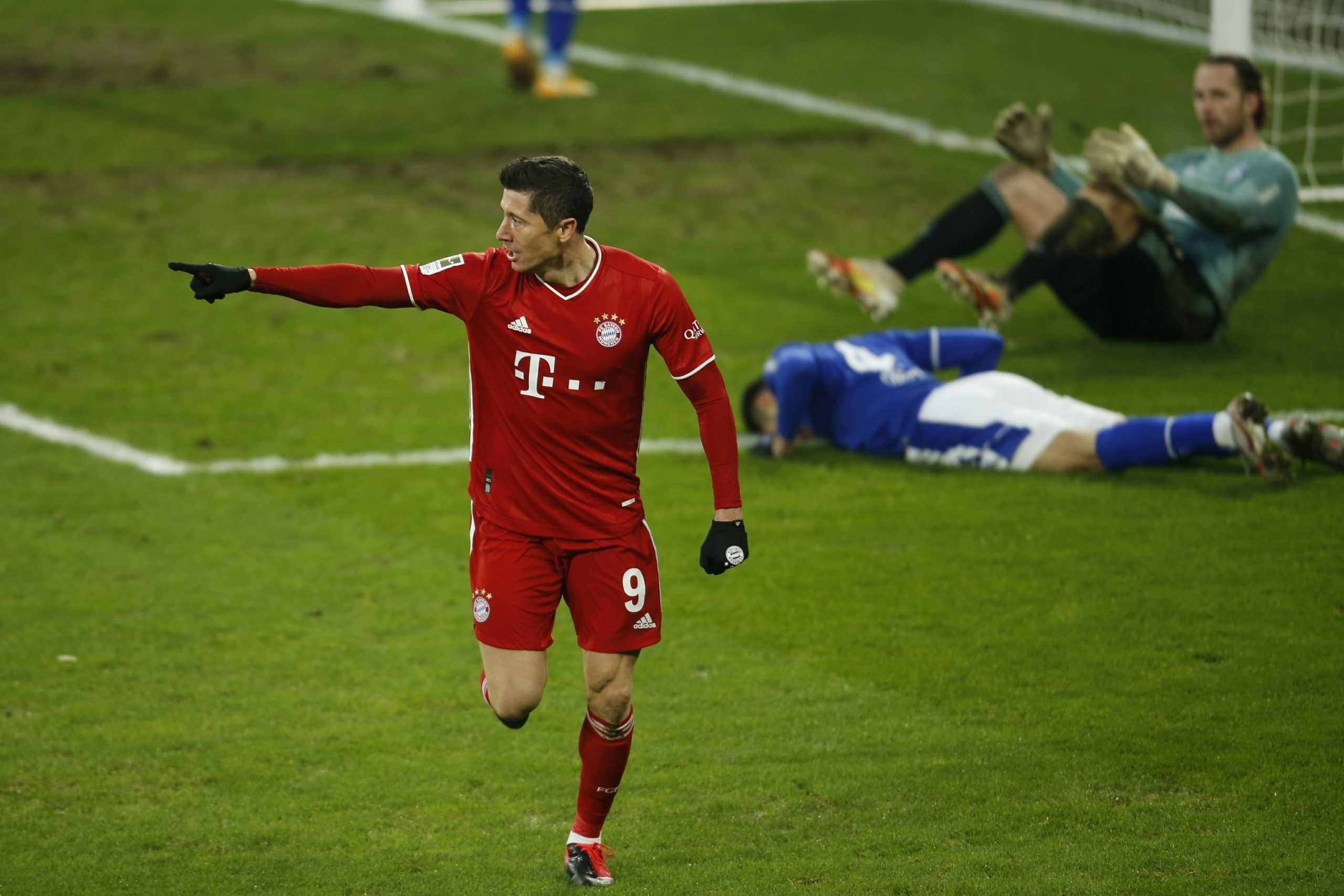 GELSENKIRCHEN, Germany (AP) – Robert Lewandowski scored for the eighth straight game in the Bundesliga and Bayern Munich established themselves as leaders by beating bottom-side Schalke 4-0 on Sunday.

After their pursuers Leipzig, Bayer Leverkusen and Borussia Dortmund succumbed over the weekend, Bayern stretched their lead from the top of the German league table to seven points.

“We have been able to take advantage of the results of this date. The opponents gave us a chance and we took it, ”said Bayern coach Hansi Flick, whose team has won three games in eight days. “We have a small cushion, but it is important that we face each duel as we face the last three.”

Kimmich headed the victory with a measured center in the 33rd minute that Thomas Müller headed the bottom. Kimmich also assisted Lewandowski at 54 when the Polish striker snubbed defender Ozan Kabak before scoring his 23rd goal in 17 Bundesliga games this season.

Müller finished with a header again in the 89th after a Kimmich free kick. David Alaba put up final figures shortly after.

Goalkeeper Manuel Neuer also stood out for Bayern to link back-to-back games without conceding for the first time this season.

Despite Bayern’s last two goals, the game was more even than the 8-0 that the Bavarian team gave to Schalke on the first date of the course in September.

The reigning German and European champions faces a heavy calendar next month, having to play the Club World Cup in Qatar and the knockout stages of the Champions League against Lazio.

Schalke is at the bottom of the table, with seven points in 18 games and 10 points from salvation. They have lost all three of their subsequent games after beating Hoffenheim 4-0 on 9 January – the club’s first victory in nearly a year.

In the other Sunday game, Andrej Kramaric billed a double for the second game in a row and Hoffenheim comfortably beat Cologne 3-0 to advance two places to 11th. Kramaric has 11 goals this season, despite missing several weeks due to a coronavirus infection, as well as 73 goals in his Bundesliga career.

This is the most of any Croatian player in Germany, beating former Bayern forward Ivica Olic, author of 72. Cologne is 16th and is in playoff spot for relegation.