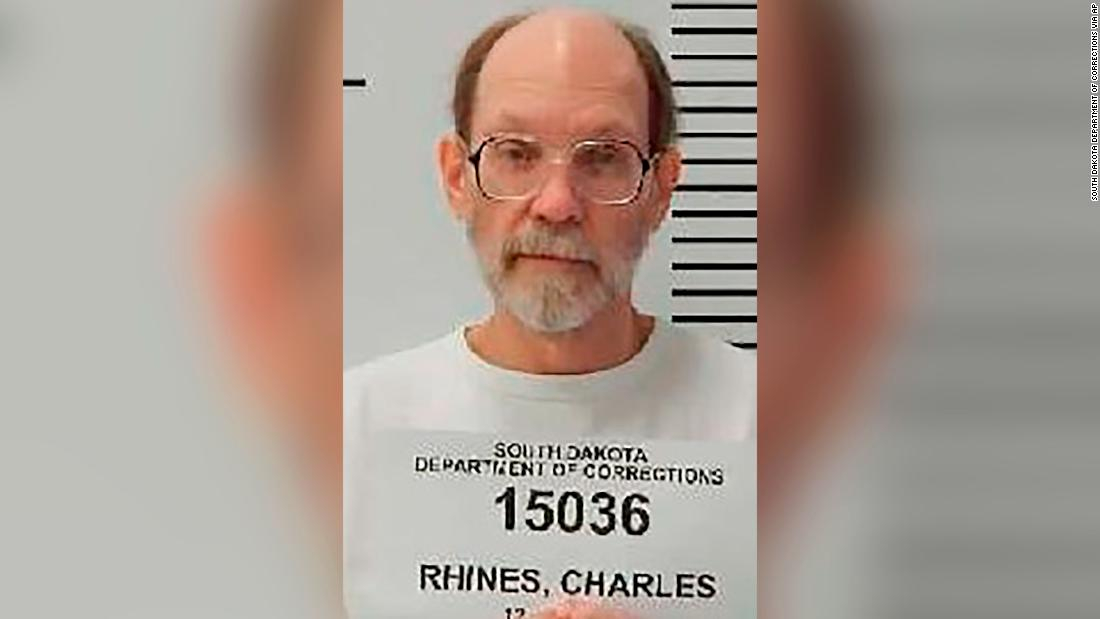 This is what Charles Rhines looked like on December 31, 2017. (Credit: South Dakota Department of Corrections via AP)

(WAB NEWS) – Charles Rhines, convicted of murder in the brutal stabbing of a 22-year-old man in 1992, was executed Monday in South Dakota, according to the state attorney general, after the Supreme Court rejected the last appeal of your case

"I hope this day will be an opportunity for the family to move forward and now that this phase is over, continue to heal," prosecutor Jason R. Ravnsborg said in a statement.

Rhines was executed with the lethal injection, the official added. And he did not apologize before his death.

When asked if he had anything to say, Rhines looked at his victim's parents to say his last words.

Rhines was convicted in January 1993 for killing Donnivan Schaeffer during the robbery at a Rapid City donut shop, the attorney general said.

Schaeffer, Rhines' victim, was about to graduate from Western Dakota Tech and had engaged to his girlfriend, Ravnsborg said.

"Donnivan was fun, friendly and hardworking, prepared to start a career in a telephone installation company," the official said.

His fiancee, Sheila Jackson, said Monday that while the execution "closes the books on Rhines," the Schaeffer family "will always feel the pain and emotions that Rhines caused us."

"Donnivan strongly believed in the death penalty, and I am very happy that this has happened," Jackson said according to CNN affiliate KELO.

Rhines had appealed one last time

The execution was delayed about six hours until the United States Supreme Court denied the suspension of Rhines' sentence.

Rhines had made requests to the high court on three occasions, which were denied, according to the attorney general, and paved the way for his execution.

The convict previously appealed his sentence based on jury statements, which his lawyers said revealed discrimination because of his sexuality. After Rhines 'guilty verdict, jurors learned that he was homosexual and at the time of deciding between life imprisonment or death penalty they sent the judge a note with questions about Rhines' sexuality.

On appeal, Rhines used the notes to argue that prejudices against homosexuals influenced the decision of the jury.

"Prejudice against homosexuals, if not addressed, has the risk of causing systemic damage to justice and, in particular, the jury's capital sentence," Rhines's lawyers told the judges in court reports.

The Supreme Court refused to take the case.