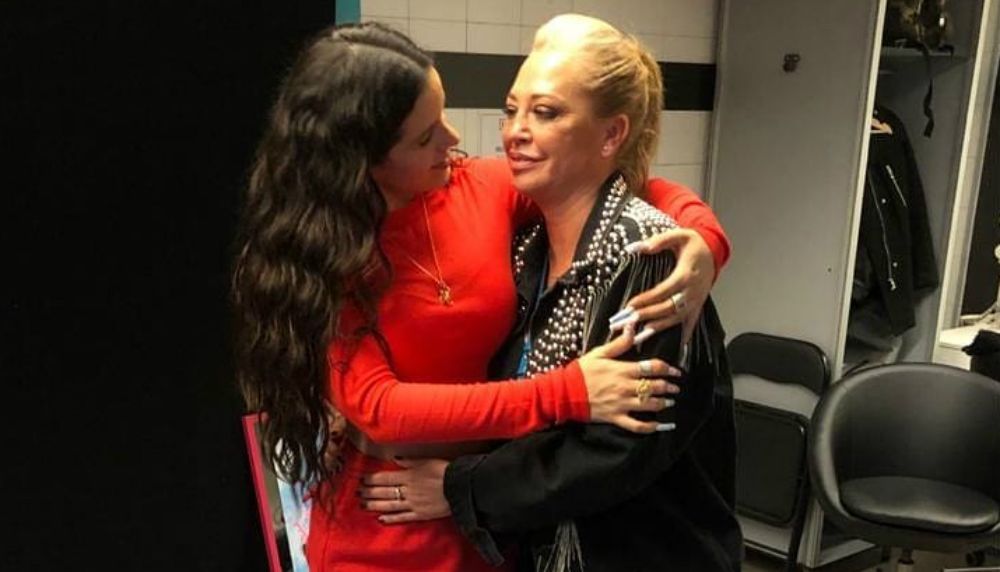 This Tuesday, December 10, Rosalia performed at the WiZink Center in Madrid. And some celebrities, including Belén Esteban, did not want to miss the last concert of their tour El Mal Querer. The Tertullian gave it all accompanied by her husband, Miguel Marcos, as reflected in a video posted on social networks.The collaborator of ‘Save me’ (2009-) saw the show from the stands but, far from sitting, she did not stop dancing . An assistant captured Esteban’s choreography from the track while the song ‘Milionària’ was playing. The clip, shared by Twitter user @ntxnio, has surpassed 280,000 views, and already has more than 4,000 retweets and more than 17,000 likes. Another Internet user did the same by hanging a video that he titled as follows: “Rosalía and Belén Esteban giving it all.” The fun dance of the winner of ‘GH VIP 3’ has conquered Internet users. “I am Rosalia and I would have invited her to take the stage” or “I declare myself a fan of Bethlehem” are just some of the tweets that circulate on the aforementioned social network about the viral video. I am Rosalia and I would have invited her to take the stage— Éleder Ventura (@ElederV) December 10, 2019 People are more aware of esteban than rosalia.— NiurmisV. (@ValdesNiurmis) December 11, 2019 The artist closed her ‘El Mal Querer’ tour with this performance that brought together 15,000 people in the capital’s complex. In addition to the former Jesulín de Ubrique, celebrities such as Pedro Almodóvar, Mario Casas, Carlota Corredera, Laura Matamoros, Palomo Spain or Hiba Abouk also attended. This curious diversity was also a hot topic among the tweeters, who were surprised at the power of the diva to unite such disparate personalities. The princess of the town was the other great protagonist of the evening, since Belén Esteban became a trending topic. I love the contrast of Rosalia’s concerts in some with Kylie Jenner and others with Belen Esteban— ivi🇮🇨 (@ ivan90_) December 11, 2019

Alejandro Gomez Palomo, Almodovar, Terelu Campos, Belen Esteban, Miguel and other characters together in the last concert of Rosalia. If this is not spanish culture then tell me what it is. pic.twitter.com/0QTEDdW31F– Juanca 🇨🇴 // 16 (@ ElChamoJuan2) December 10, 2019 Belen Esteban and Kiko Rivera at the Rosalia concert. look what I was missing today hahaha— javitb (@ javitb3) December 10, 2019 In addition to his enthusiastic attitude during the concert, the Telecinco star has previously expressed his admiration for Rosalia, whom he saw live at the Mad Cool Festival 2019 last July. Precisely during that festival he had the opportunity to meet the fashionable girl and take a photo that he posted on Instagram. After their meeting, Bethlehem undid in praise with the singer. “It’s wonderful and he behaved with me and my family very well,” he revealed in ‘Save Me’. “I love how he acts and how he sings. Up Rosalia! ”He added. As in Mad Cool, Esteban has once again had the opportunity to greet the protagonist and take another beautiful snapshot with her. “How we had fun yesterday and what you made us enjoy,” he published with the photos. More stories that may interest you: