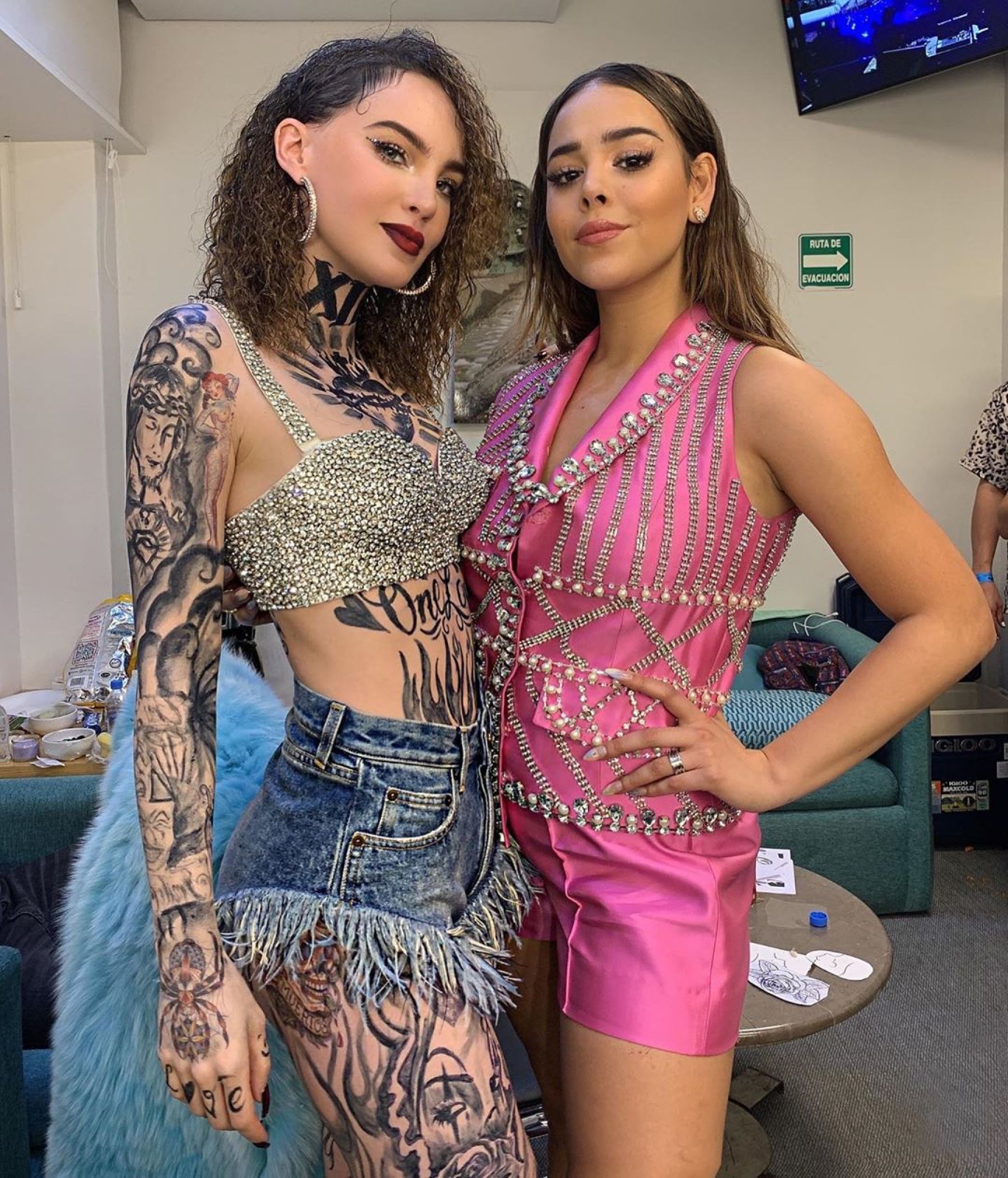 The artists agreed on the first installment of the Spotify Awards and took the opportunity to deny any rumor of rivalry between them.

It is natural that when two singers belong to the same generation or there is little age difference between them, immediately there are comparisons and theories are formulated about the bad relationship that surely exists between them, Belinda and Danna Paola, Two of the referents of the current youth music are no exception, however, far from paying attention to the alleged rivalries, they were responsible for denying the above in the best way, with a photo that their fans do not stop commenting, sharing and set as an example.

The meeting of both interpreters occurred during the first installment of the Spotify awards, which took place at the National Auditorium of Mexico City. While the lead singer of the Elite series drove the broadcast, Belinda she went out to sing as a guest of Los Angeles Azules, responsible for closing the event with a musical number, in which they performed the song duet with Belinda

Through their social networks the two singers shared the image that drove their fans crazy, as both appear embraced and very smiling, leaving aside any rumor about rivalry, in addition, Danna Paola shared the same photo in one storie Instagram with the legend “women are here to support us, not to compete.”

Danna Paola, He received recognition of the event for being the most popular national artist on social networks. During the last year, she increased her results exponentially, Danna thanked her followers for trusting her and said she felt very proud to have won her first prize with her new album.

Further, It was listed as the best dressed guest during the green carpet, the ceremony and the reception of his prize for the four different looks he dared to wear.