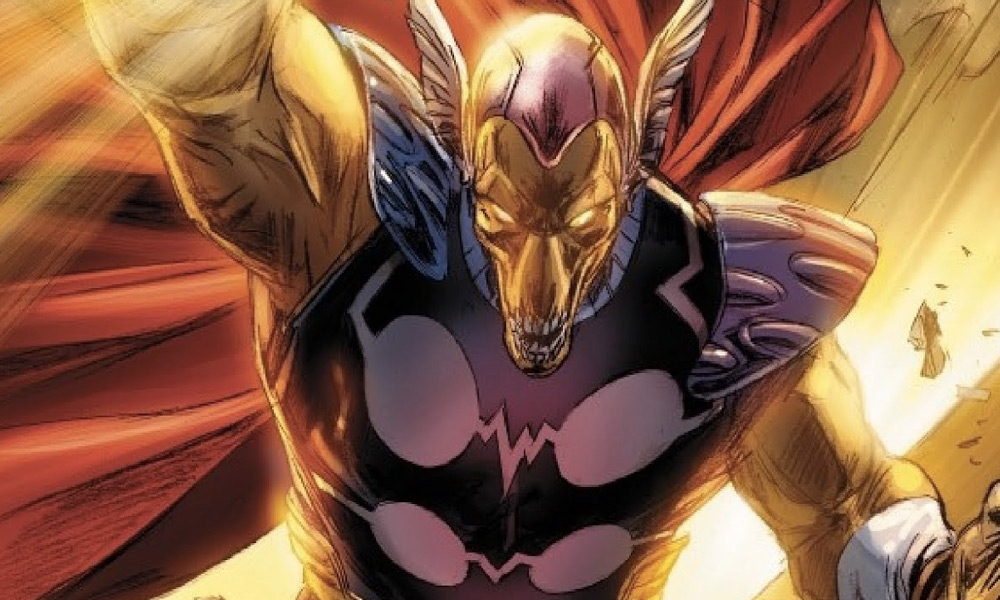 Phase 4 of Marvel Studios will bring significant changes with the disappearance of some and the productions that will be made for Disney + and the appearance of new characters, such is the case of Beta Ray Bill in the MCU.

With Jane Foster ready to use the Mjolnir as the next Thor in 'Thor: Love and Thunder' and Sam Wilson inheriting the Captain America shield for the upcoming series' The Falcon and the Winter Soldier ', the next phase of Marvel Studios' development she is ready.

The movement to relieve its heroes seems to be oriented towards diversity and inclusion, but there is a demographic group that until now has been ignored, to which the cyber space horse belongs.

The time is right to see the debut of Beta Ray Bill at the MCU, since even those who are not intimately familiar with the character could recognize him quite easily.

The creator Walt Simonson designed Beta Ray Bill to have a distinctive look that didn't seem instantly recognizable as a hero or villain.

His equine features common to the alien race he came from, and everyone's nickname "Bill" helps establish the character as a perfect union between the fantastic and the mundane.

As one of Thor's hammer heirs, Mjolnir, Beta Ray Bill has been present in Marvel stories since 1983.

When the character first introduced himself, he was the champion of an almost extinct alien race that enters into physical conflict with Thor. During a moment of his battle, when Thor was incapacitated, Beta Ray lifted Mjolnir, proving himself worthy of the weapon and giving him Thor's powers.

He later verified his worth in a combat test, and finally won his own magic weapon, the Stormbreaker, a half-hammer and half-ax, and the public can now recognize him as the weapon Thor first obtained in 'Avengers: Infinity War '.

Previously the Marvel Cinematic Universe (MCU) was to present it in ‘Thor: Ragnarok’, some time later the president of Marvel, Kevin Feige said that the character had a small cameo that was finally cut because he simply did not do justice to the character.

Seen during an exterior shot in Sakaar, the distinctive face of Beta Ray Bill is found in sculptural form on the facade of the Sakaarian palace.

The implication is that he is an honor figure, and perhaps like Hulk, he is a former champion in the gladiatorial arena that served as the scene of the film.

‘Thor: Love and Thunder’ would be the perfect opportunity to present and develop the character to give it perfect appearance, with Jane Foster prepared to take on Thor's mantle, she could prove to be the perfect rival against which Jane would need to establish herself as truly worthy.

With Thor himself circling the space with the ‘Guardians of the Galaxy’, there is no doubt that Jane could benefit from a superhero cast of support and mentor to develop the film.