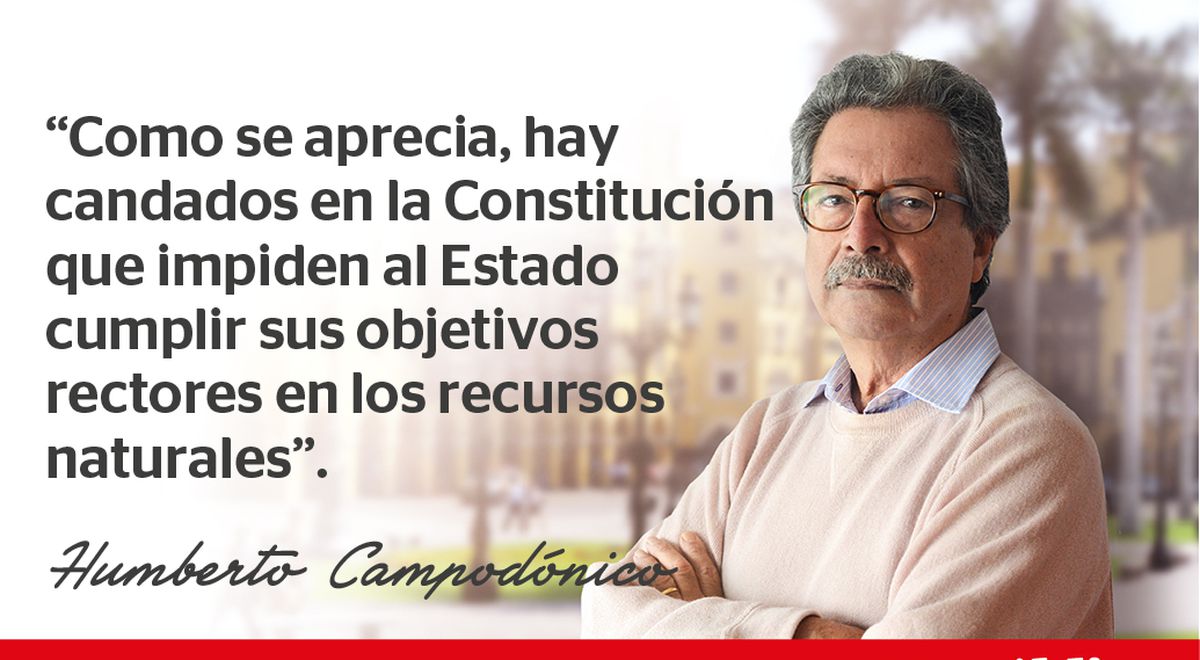 In July 2010, the government of Alan García promulgated the DS 039-2010-EM, which established that the royalties that the Camisea Consortium had to pay for the gas exported from Lot 56 could not be less than the royalties from the gas in the domestic market.

Logical. Why subsidize third countries? The DS also said that Perupetro should renegotiate the contracts, “without prejudice to the provisions of Article 62 of the 1993 Constitution”, which says that the law contracts can only be modified by agreement between the parties. They cannot be modified even by Congress.

Result: there was no renegotiation and the royalties on exported gas were lower. The 039 was painted on the wall.

In April 2005, Proinversión signed Bayóvar's contract with Brazil's Vale. The mandatory investments were established to export phosphoric rock, raw. And, if the contractor raised it, it would elaborate intermediate products (phosphoric acid) and final products, that is, fertilizers: DAP, MAP, triple superphosphate.

Vale began exporting raw rock in 2010 and was not interested in fertilizers, because it produces them elsewhere. Meanwhile, we continue to import fertilizers and the opportunity to provide our farmers with cheaper products, as well as supply other markets, has been wasted (1). Here the Proinversión criterion was key: "the investor knows what he has to do".

In 2014 the Chinese state-owned CNPC bought Petrobras Lot 58 of Camisea with reserves of 3 TCF (which are enough). According to Hydrocarbons Law 26221 of 1993, CNPC owns the reserves and decides whether to use them in the domestic market or export them.

If the government, within its energy development plan, wanted them to supply southern Peru, paying CNPC the price established in the contract, CNPC could access. Or refuse. In this case, this right is granted by Law 26221, not the 1993 Constitution. The point is that the contract signed between Perupetro and CNPC is a contract-law (Art. 62).

Article 60 says that the State's business activity is a subsidiary, that is, the State can only do what the private does not want or cannot do. Therefore, Petroperú should not exist, as private companies carry out these activities (however, worldwide, state-owned companies have 90% of the oil reserves).

That is why Petroperú has been in the death row for many years, already sentenced and awaiting execution. As there is no positive long-term consensus on its role (as there is for Ecopetrol in Colombia and ENAP and Codelco in Chile), the company has been subject to a constant “tug of war”, which continues until today. Here, the subsidiary role is in the Constitution, but reality has determined other paths.

As can be seen, there are locks in the Constitution that prevent the State from fulfilling its guiding objectives in natural resources. There are also serious management problems (not only in Proinversión). But the main problem, in our opinion, is the current ideological "chip", which tilts the field in favor of private interests (that is, it is not just ideological). Therefore, the next Congress should define new relationships that balance State and market.

If there are no anticipatory changes, it is most likely that the need for change will take other paths, such as in Chile. Better safe than sorry.

Equal, Happy Year to all.